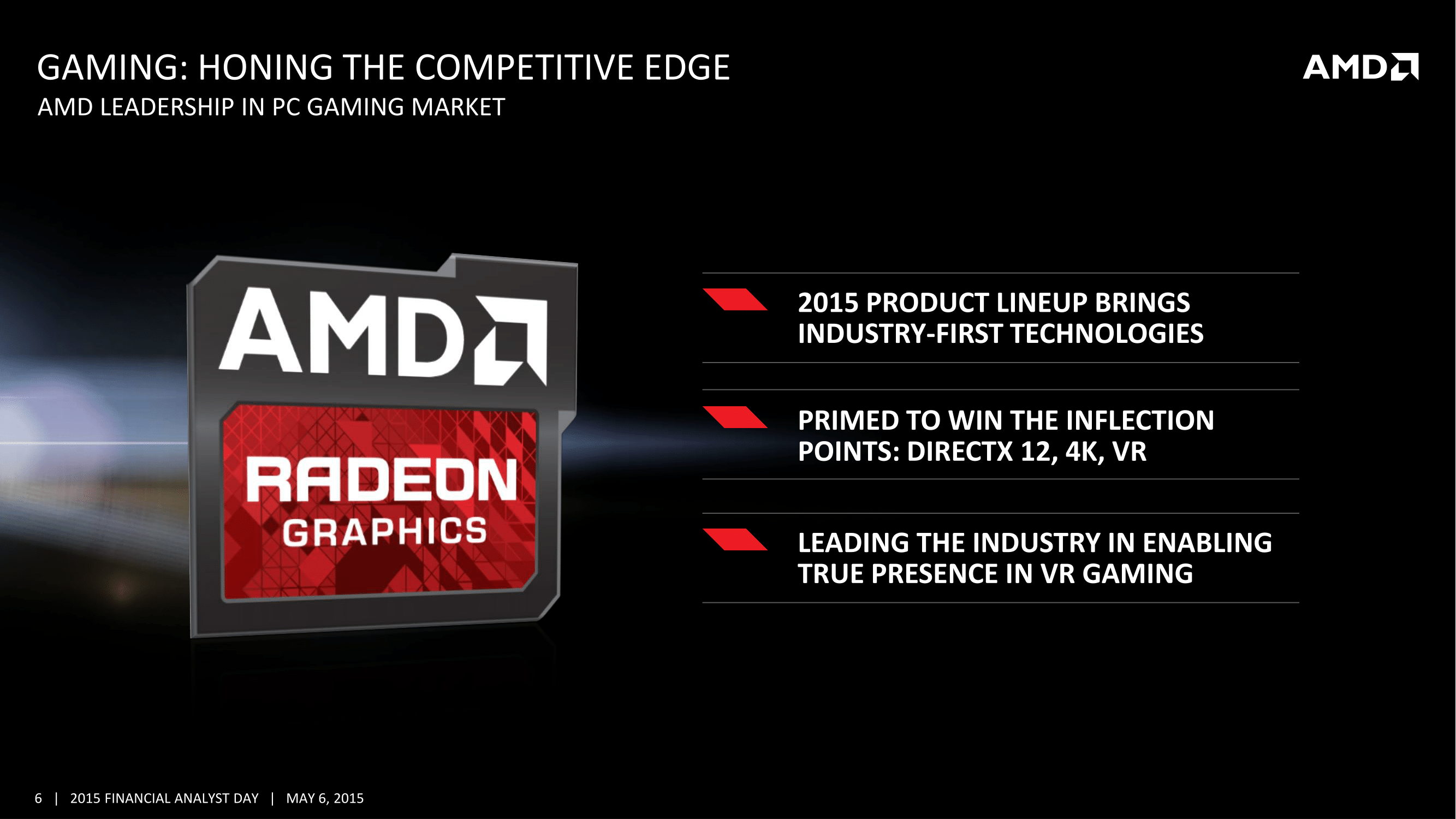 AMD just finished their Financial Analyst Day 2015 presentation and they had quite a few interesting announcements to make regarding new products and future road maps.

The most immediate ones would be the the GPU related announcements. AMD finally officially confirmed that they will be releasing a new GPU this quarter 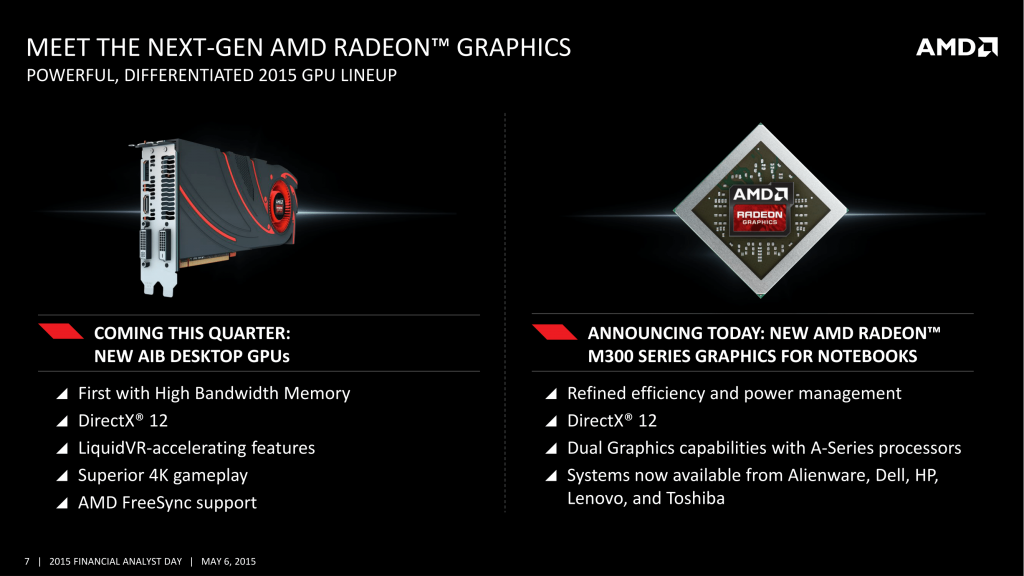 Even though AMD is tight lipped about their products from the description we can say we’re looking at high-performance products. the products will support DirectX 12 although its not known if they would support feature level 12_x. 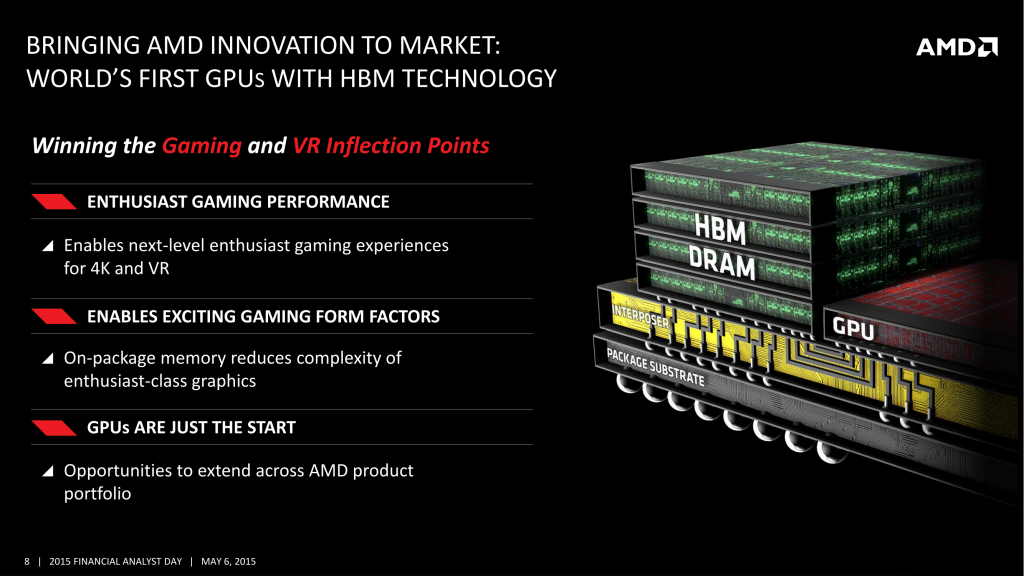 The big news however is that these products will come with HBM memory. Even though AMD labels them as coming in 2016 they are indeed coming in 2015 with this gpu’s. The advantage of going with HBM would be that AMD would be able to achieve massive bandwidth at a lower power consumption whihc in turn should help to reduce their power guzzling notoriety. Coupled this with AMD’s latest color compression technology that came with r9 285 the effective increase in bandwidth will see a massive increase and that would be a key to delivering acceptable 4K performance.

AMD also confirmed that HBM would enable them to experiment with different form factors. This will allow them to produce design other than the large GPU’s. AMD’s competitor Nvidia already started working with HBM and already shown off one test card, so we can expect AMD to do something similar.

Finally, since HBM is a very dynamic product we should expect AMD to bring them into other products as well. Given their portfolis we should expect them to port HBM into APU’s. APU’s will need HBM to get rid of thier traditinal struggle in GPU performance, after 128bit DDR3 has its limit.