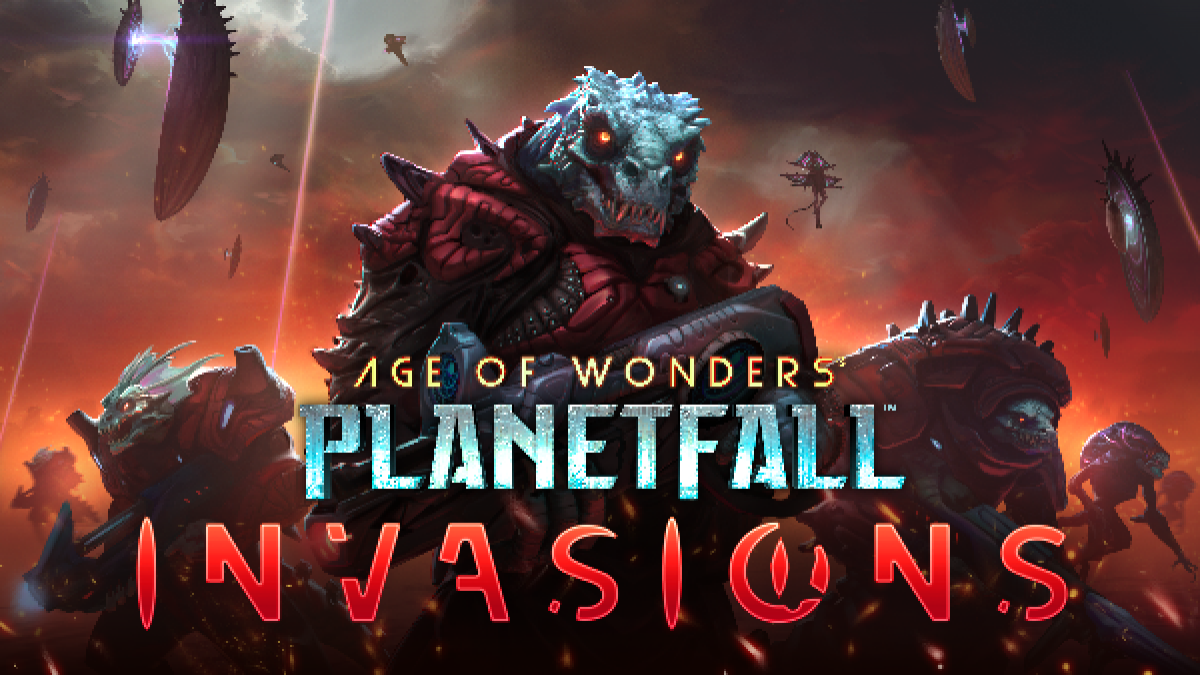 The Lizardmen are my favorite race in any form of media. I mean, what’s not to like about them, they are basically walking talking dinosaurs. So when Paradox announced that the Invasions expansion for Age of Wonders Planetfall would feature Shakarn, a vicious race of conniving space lizardmen, I was hyped to see how Triumph would integrate my favorite fantasy race into one of my favorite 4X games of all time. And after a few dozen hours of conniving, scheming, and slithering my way through the newly added mechanics, I am happy to report that Triumph Studios have done justice to lovers of Lizard kind.

The Shakarn are masters of subterfuge and disguise. They infiltrate the societies of their targets to research the tactics and cultures of humans and insectoid races. Triumph Studios has done a fantastic job of setting up the lore of the Shakarn, and it’s fascinating to get to know the motivations and workings of the Lizardmen.

The new campaign puts you in the shoes of Narangana Od, a Shakarn commander sent on a mission to lead the incursion against the human race. Without spoiling too much, the story is really well written and the level of writing is better than the previous DLC. It also does a great job of slowly introducing you to the many new mechanics that have been added with Invasions.

Triumph leverages the lore they have set up to directly influence the gameplay mechanics of this new playable faction really well. For context, the society of Shakarn is divided into three castes. The Domok are brutish Lizards who form the front lines and wreak havoc, while the sleek and coldhearted Zardas supports them from the back lines, with their expertise in stealth, infiltration, and calculated moves.

While members of the Gama caste are a combination of the Domok and Zardas and bring to the table the best of both, making them the perfect leaders for the faction.

This effect of this unique caste system is visible in the unit design, where infantry units that focus on frontal assault have big brutish character models which is a trait of the Domok caste. The Deadeye units for example form the bulk of your infantry forces, and provides overwatch with their heavy rifles to punish any enemy unit trying to disrupt your lines.

The Infiltrator units on the other hand are sleekly designed, and true to their names are capable of Holoshifting. This means they can copy the appearances and abilities from enemy units. Cool party trick.

This might seem like a minor thing I am going on about, but small details like this go a long way in creating a sense of immersion and cohesion. And just like the unit design, the Shakarn employ a mix of sheer brutality and covert techniques to dominate their enemies.

The Shakarn use Sonic kinetic damage and their weapons group is lasers that use Omni, a combination Lasers and Sonic. This means the Shakarn benefit from mods as well as Tech tree upgrades of both Sonic and Lasers. They also have amphibious movement and can travel on water, meaning that you can reach and conquer islands faster than any other race.

The Shakarn are also capable of regenerating a small amount of HP every turn, which allows you to play aggressively and experiment. As long as you don’t run into status effect heavy units because they also suffer from lower status effect resistance(-2). Perfectly balanced, as all things should be.

Moving on from the newly added playable faction there’s also a new NPC faction called the Therians. This Anthropomorphic race is made out of failed experiments from fusing animal DNA with humans and can be a new ally or enemy for your empire. They can be an excellent addition to your roster, and keeping Therian units together can activate buffs to turn the tide of battle. Being space pirates, they will also give you access to shady benefits such as the Black Market connections which gives you bonus resources when selling items. You can also get access to DNA injectors, allowing you to transform your commander into a Therian, thereby giving them access to Therian stat bonuses and buffs.

On the gameplay side there’s a returning feature from the older games called World Events. Veterans of AOE III might recall them as Cosmic Events, these events change the behavior of specific gameplay mechanics such as combat buffs or debuffs, hazards, or new landmarks. These events change the pace of gameplay and can throw a wrench into your plans, forcing you to either adapt or work your way around them. Sometimes these events can be a boon, such as giving you additional resources or they can hamper your combat prowess such as causing acid rain to reduce your armor.

There’s also Voidbringer Invasions, a late-game horde style mechanic that will test the limits of your tactical prowess as you brace against the onslaught of these enthralled units. Finally Invasions also adds a new type of planet called Conquered Worlds, where one player starts with a huge empire and other players must band together to take them down. An interesting spin on the asymmetrical gameplay mechanics that is seen in a lot of games today, I found myself enjoying Conquered Worlds quite a bit.