ADATA’s external hard disc drive lineup is pretty exhaustive. A pretty quick release cadence helps them address any shortcomings of the previous generation. Hence in short succession we have seen the HD710, and then the HD710A replacing it. Today we have with us the HD720, the newest member of the rugged external hard disc family. The HD720 isn’t a replacement for the HD710A per se, as ADATA’s website lists both the HD710 and the HD710A models as still available units – a fact that somewhat baffles me. With that said, the biggest change that HD720 brings to the table is in aesthetics. Sure, the updated IP68 certification is nice, but the first thing people are going to notice is how different the HD720 looks from its predecessors. 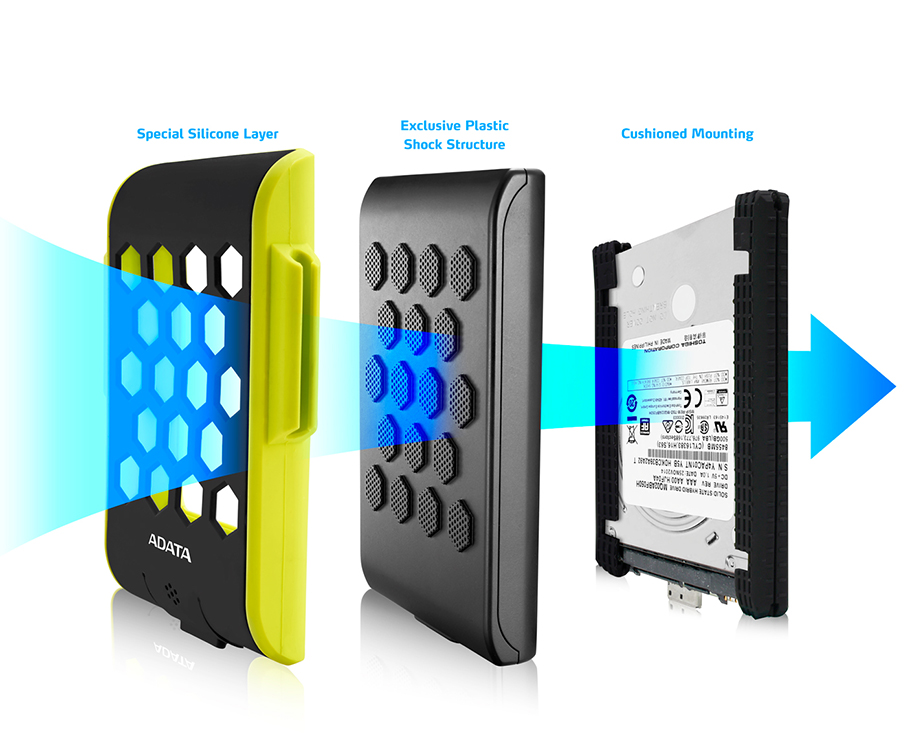 Not much has changed under the hood, sadly. It looks like the HD720 is still using the same hard drive under its shockproof, waterproof and dustproof exterior, and the performance (which we’ll discuss in a moment) isn’t a substantial jump compared to the HD710A. 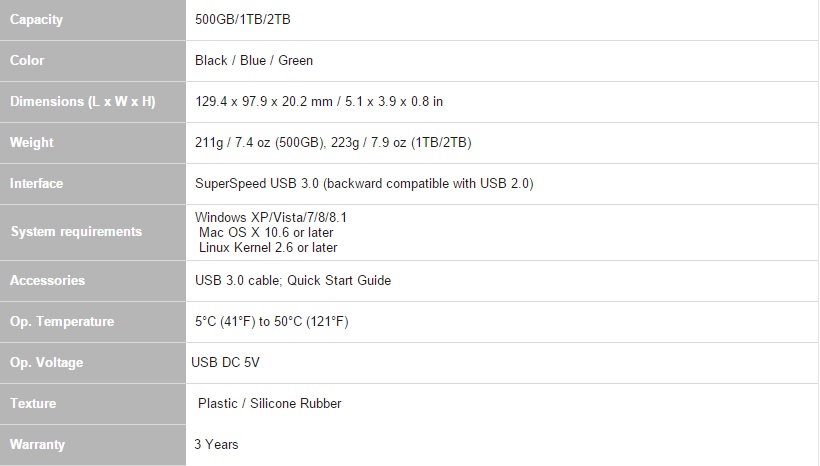 Packaging wise, the HD720 has almost identical packaging as ADATA’s previous rugged hard drives that we have tested, with a minimal approach to the box and as much information as possible crammed into the front and rear of the package. The HD720 is clearly visible through the big cutout in front of the package, which is always a good thing. 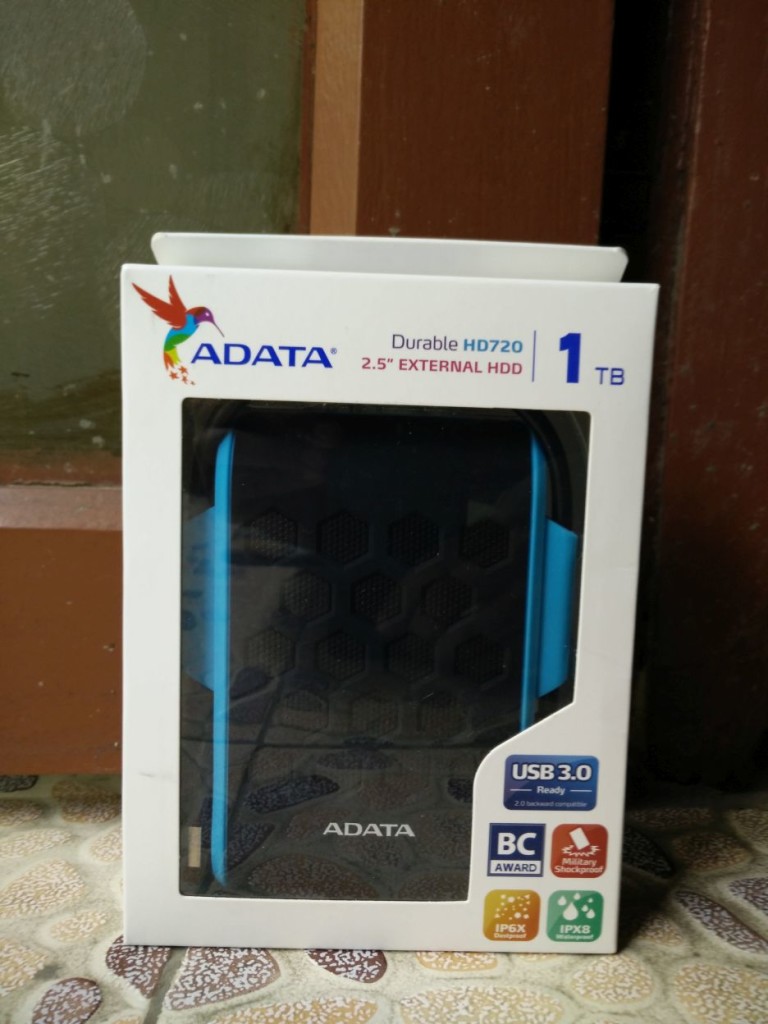 ADATA hasn’t updated the bundle either. A neatly tucked USB cable (USB3.0 here) and a multilingual installation manual is provided with the HD720 – which is pretty Spartan by today’s standards. I expected at least a software disc of some sorts but it looks like ADATA has taken the approach of providing them in their website, and I can’t fault them for that. 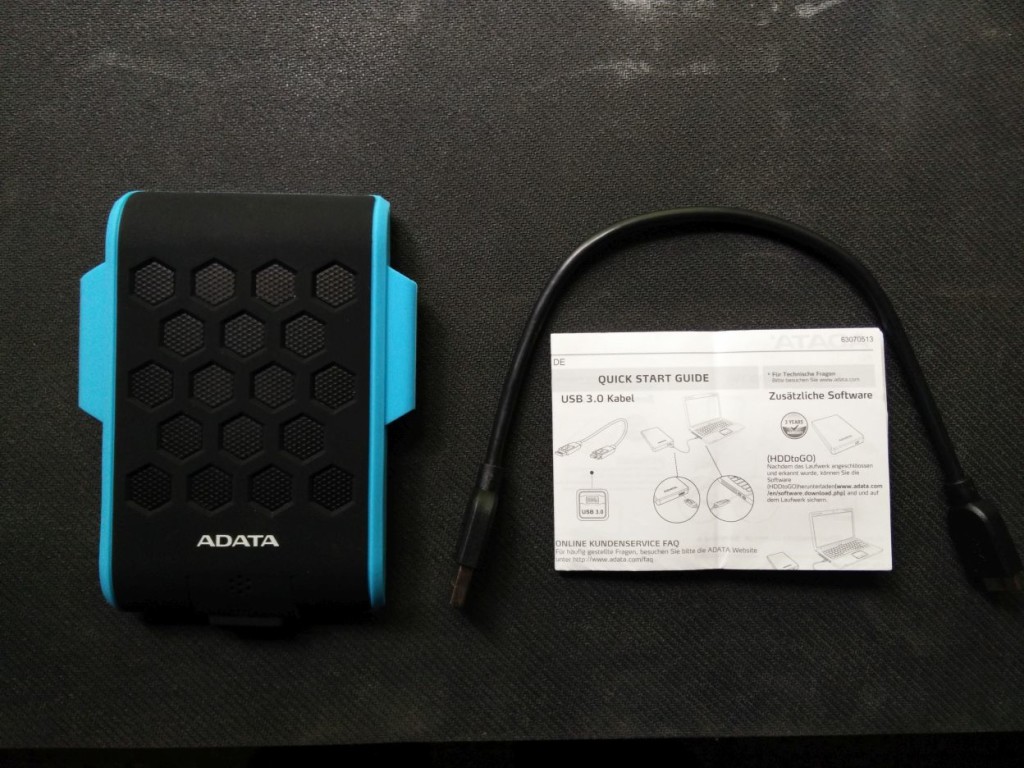 The difference in aesthetics is immediately noticeable. The HD720 applies two layers of protection, the outer layer a Silicone structure that keeps dust and water at bay while the inner structure is made out of shock absorbent plastic with protruded hexagons that increase the distance of impact from the actual drive and helps in achieving the ruggedness. The outer layer also has provisions to tuck in the inexplicably short (why, ADATA?) USB cable. Since it uses a proprietary connection in the HD720, you can’t use your own. 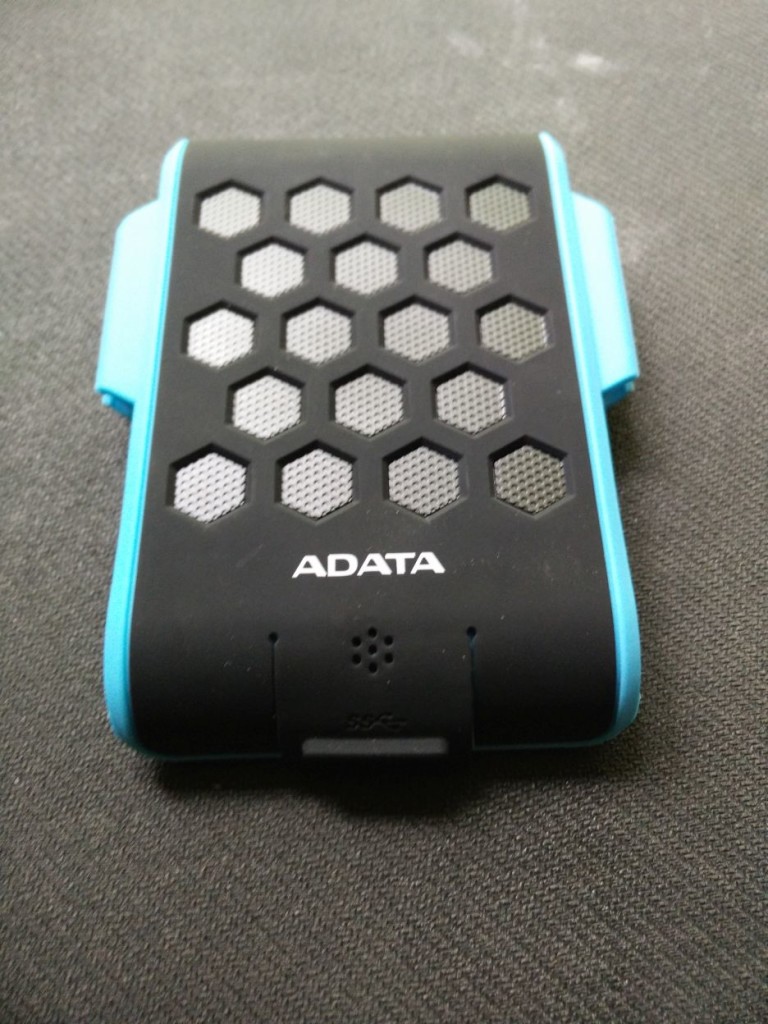 Both the layers are clearly visible on the back side of the HD720. 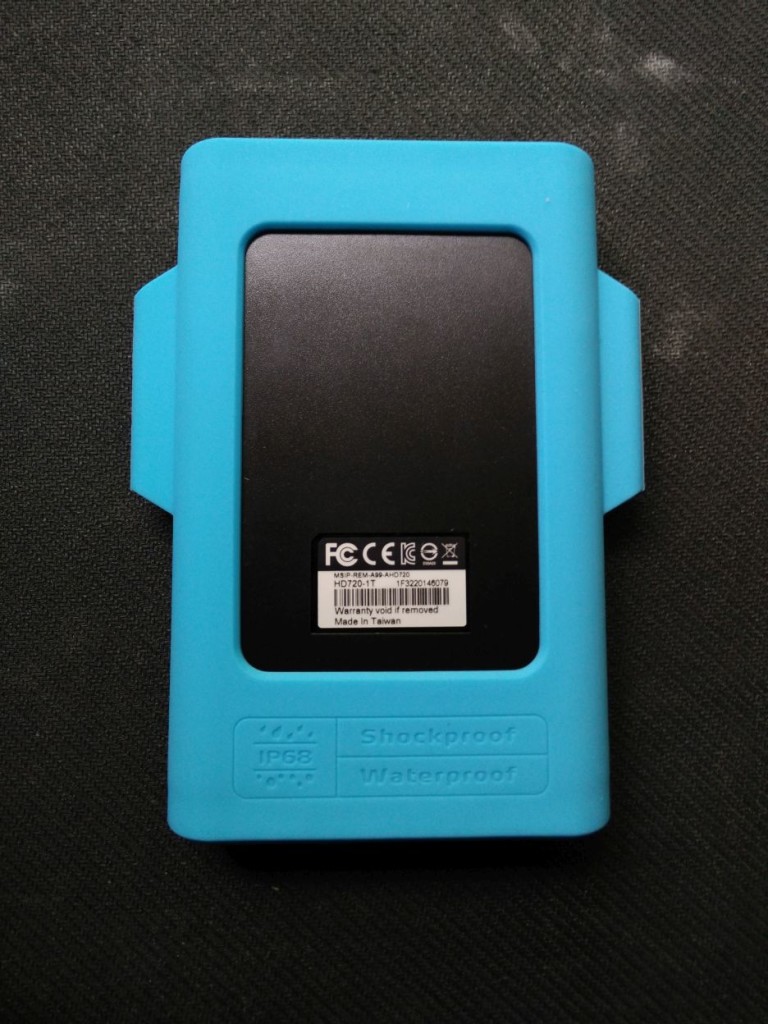 HD720 has a neat trick up its sleeve. On the front of it there’s a flap which hides the connector port, and the flap itself houses a LED which lights up differently with different type of workloads. 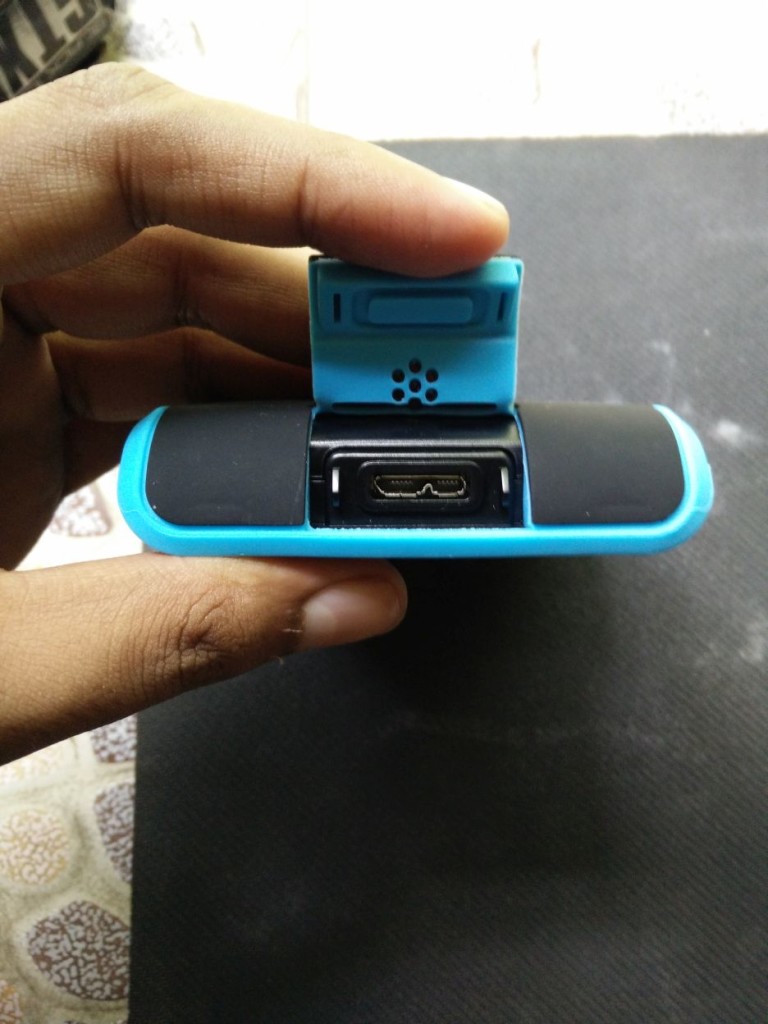 It blinks blue when data transfer occurs, blinks red when the HDD undergoes severe shock from being struck, and lights up a solid red in case of disk errors. This is a nice addition and complements the design well.

The following system was used to test the performance of the HD710A:

Thanks to ADATA for providing the review sample. 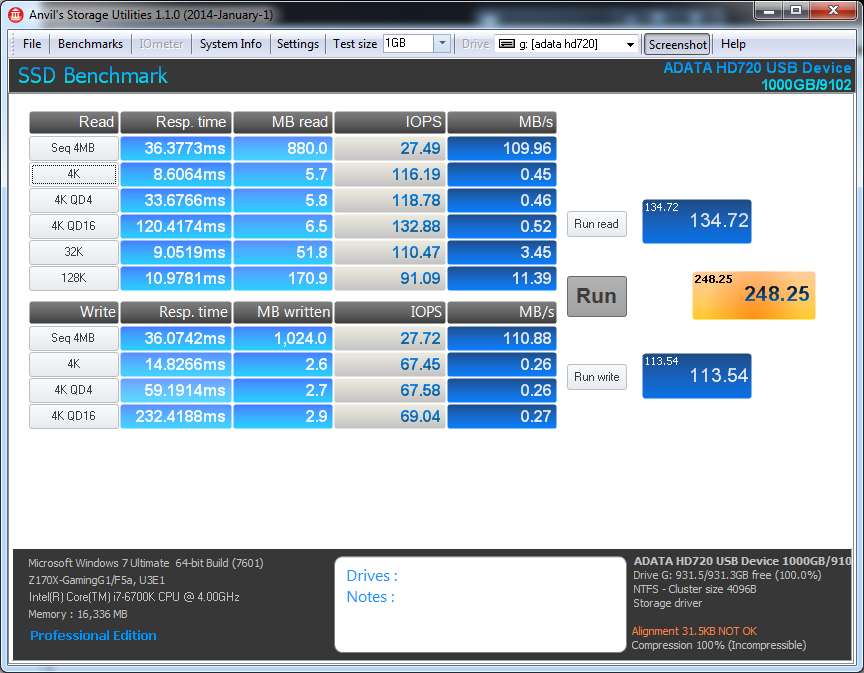 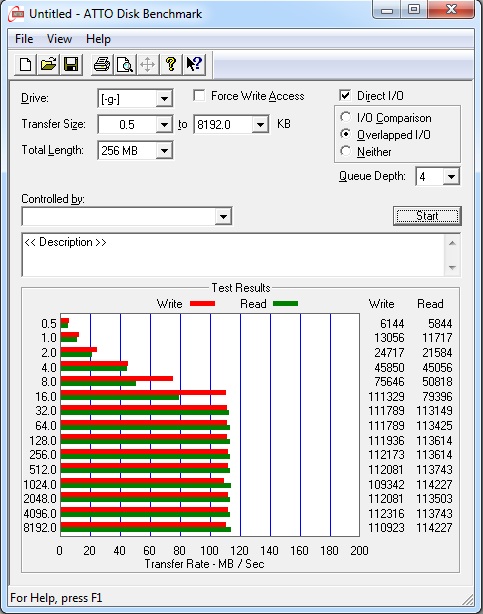 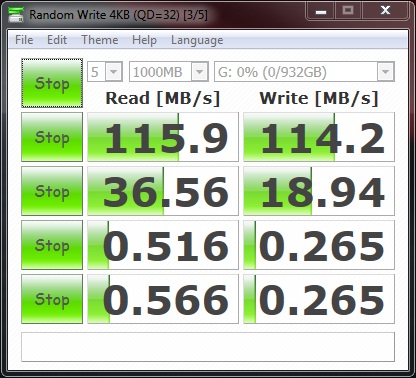 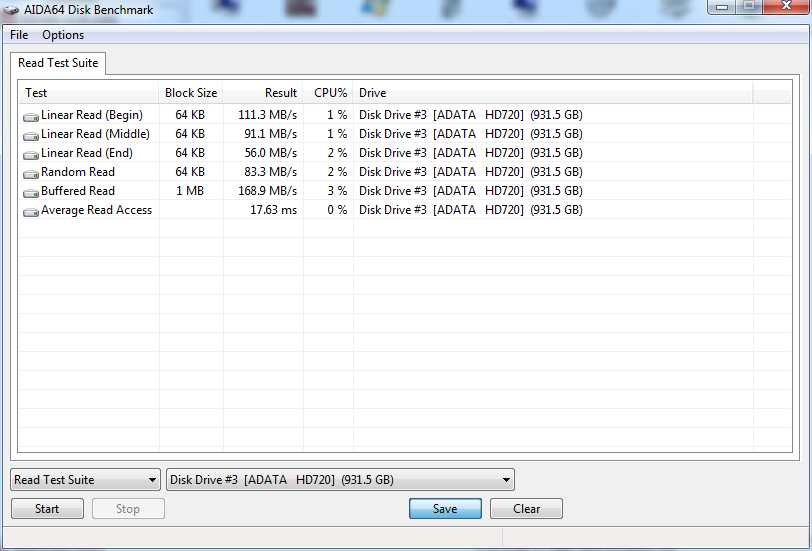 The HD720 is a mixed bag. While the updated aesthetics are a welcome change, the short USB cable and the proprietary interface means that the avenues of using this is limited to laptops. I had a hard time connecting it to my front USB3.0 drive since the cable was not long enough for it to reach either the top of my cabinet or the bottom. The performance, sadly, leaves much to be desired since it has a hard time competing against the older HD710A. In the end, the HD720 becomes hanging somewhere in the middle, with better looks and protection but middle of the road performance. If that’s your thing, then by all means you should get one. Performance seekers should stick with the HD710A or look elsewhere.