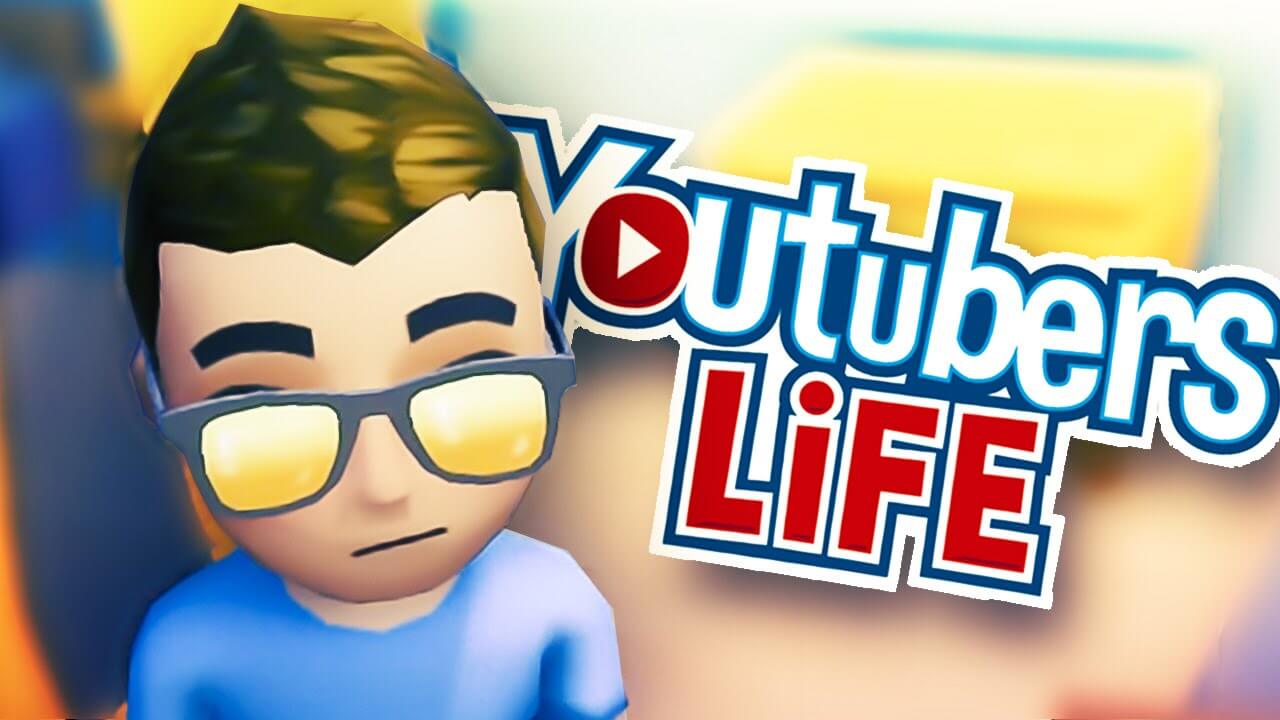 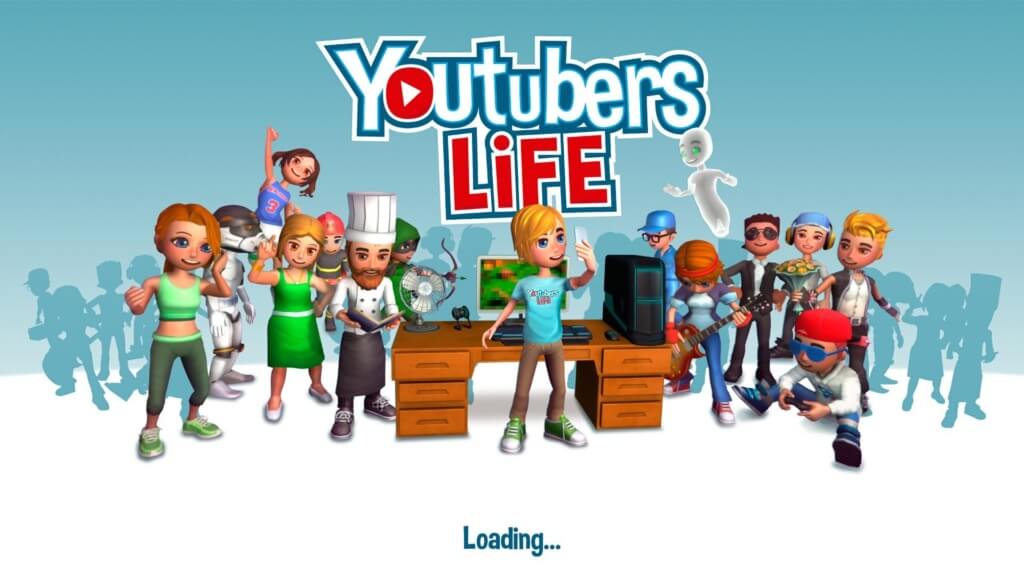 Somewhere between a version of The Sims and some Tycoon game, Youtuber’s Life can be quite fun indeed…

The game charts your prolific rise as a YouTuber through several different homes, each of which brings with it its own challenges and benefits. You’ll start out in your moms house…and God help you if you don’t study enough and you want to make a new video. But soon you’ll be out in a new place of your very own…and the sky’s the limit once you do…in theory.

Now going to the inside of the game 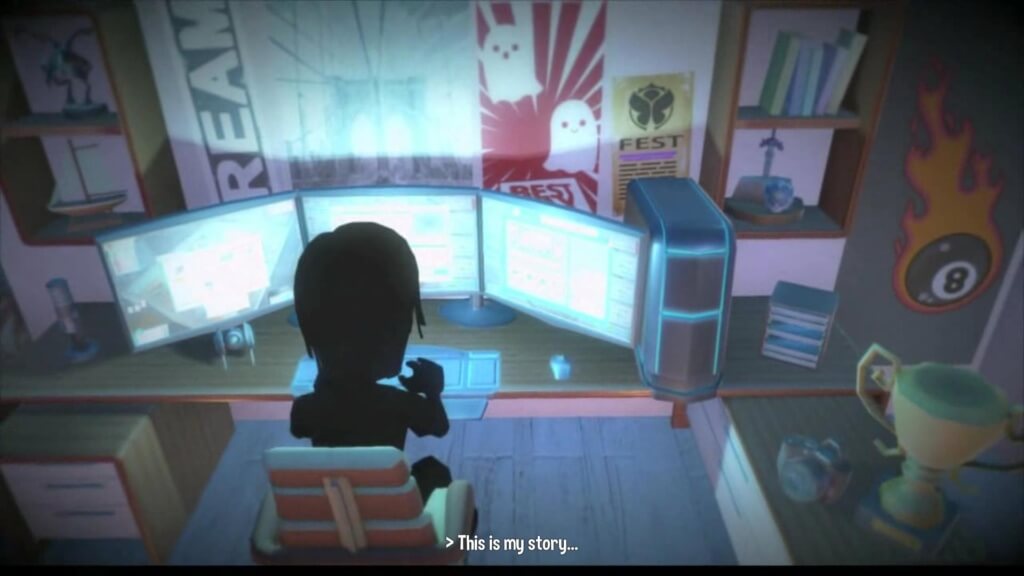 Let me just start by saying that while this is a good game, a few random issues that might be addressed in Early Access which make it hard for me to actually recommend this game. Most of the issues are actually related to vague and seemingly arbitrary logic on the part of the game’s developers and I hope some of this gets corrected.

Youtubers life is a game like The Sims but its not exactly like The Sims.It involves you working your way up through the ranks of becoming a youtube superstar revisiting HOW you got there. It’s hilariously fun, you have haters, lovers, friends and best friends just like in real life. My mother scolded and grounded me a million times for not studying and to get me off my computer. 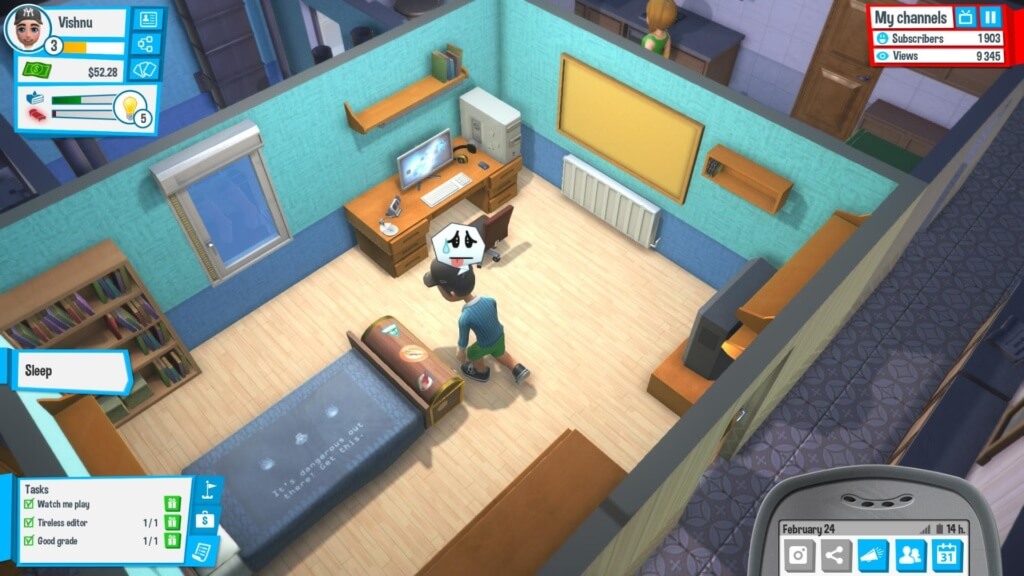 BUT:
Although the first 5-7 hours of the game were great, smooth running, money making, booty calls to my to-be spouse (I’m assuming this game allows you to have a partner as there is a proposal option available much like the sims), but then it all came tumbling down. The game crashed, started lagging, issue after issue popped up such as the boxes never arriving for delivery or the game would freeze for a while before restarting and that is a real mood buster when you’re so much hooked to a game and things like this happen.

Youtuber’s Life don’t stand out and become a treat to the eyes of the player but the good thing is that they don’t need to be like that. The game is a colourful and cheerful treat for the user. 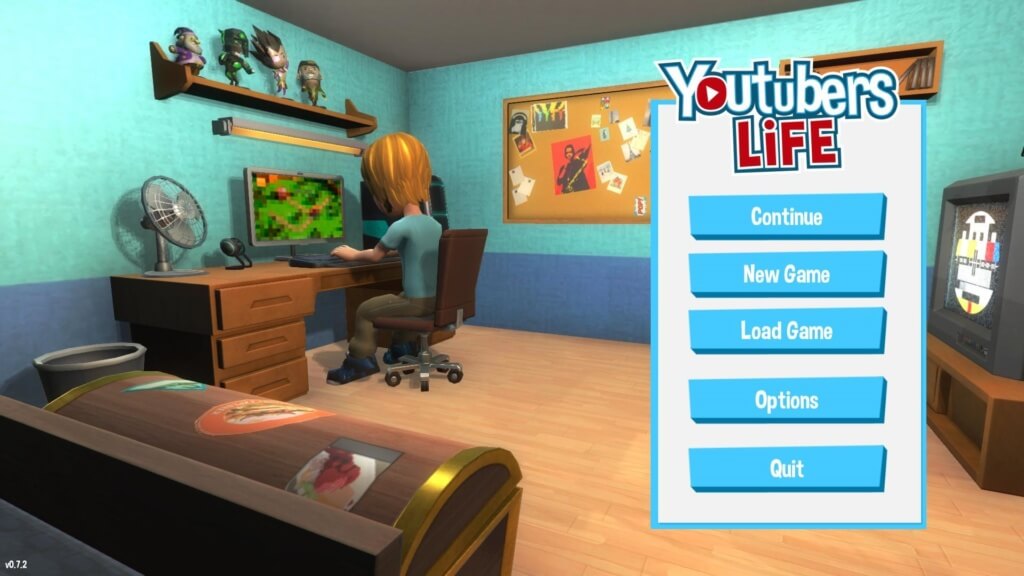 Now coming to the pros and cons of the game

Youtuber’s Life tends to create a small yet addictive world and introduce the user to how a youtuber’s life is made from nothing to everything.Youtuber’s Life is an addictive and a real fun loving game to play but due to the number of bugs the game leaves a disappointing impression on the mind and heart of the player.Youtuber’s life did impressed us for the starting few hours but is it something that blew our minds ? NO. Is the concept of the game awesome ? hell yes .

The game would’ve been a 9/10 for me if not for the bugs. But overall this game was very much fun and deserve to get a 7/10.