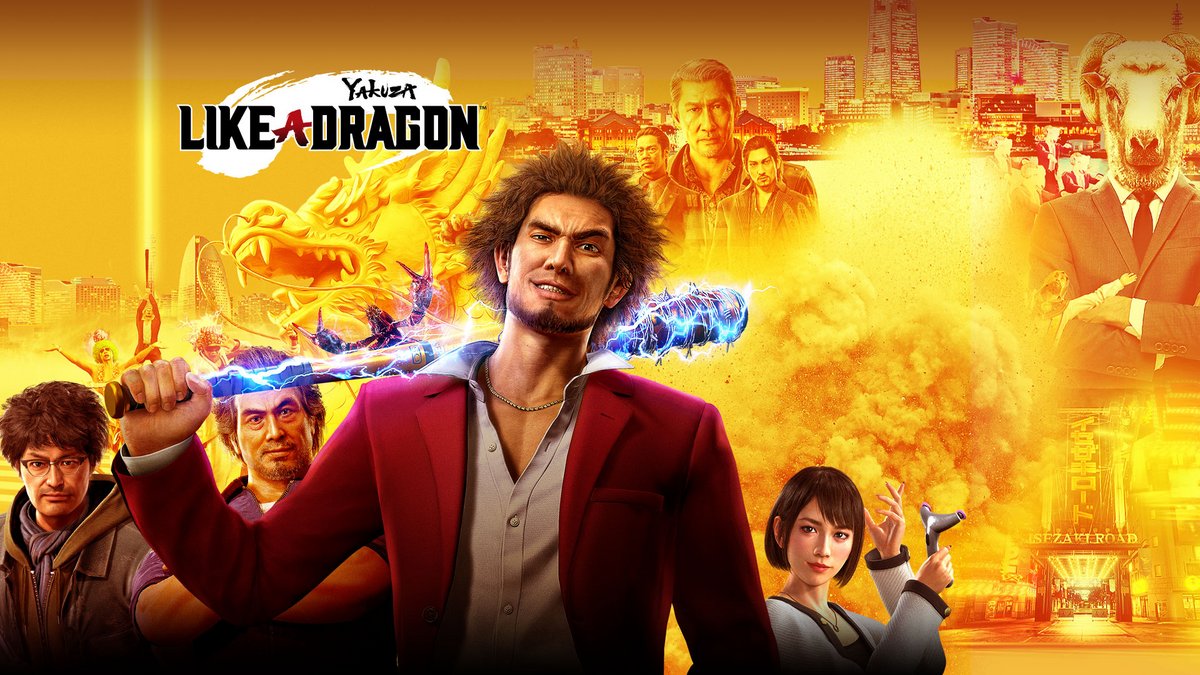 Yakuza: Like a Dragon marks a new beginning for the Yakuza series, introducing us to a new protagonist and a new setting, but most importantly, completely abandoning the action formula that defined the series in favor of turn-based JRPG mechanics.

The Yakuza series has always given us some strong protagonists and characters. From heavy hitters such as Kiryu and Majima to Saejima and Daigo. Abandoning an established cast of characters was a bold and risky move that Ryu Ga Gotoku studio took, but it has thankfully played out very well.

Ichiban Kasuga, our hero, is a young member of the Arakawa family, affiliated with the Tojo clan of Tokyo. Born in a soapland and raised without parents, Ichiban worships his patriarch, Masumi Arakawa, who takes the role of a father figure in his life. So when his boss asks him to sacrifice himself for the good of the family, taking responsibility for a murder he didn’t commit, Ichiban doesn’t think twice and goes to turn himself in.

Released from prison eighteen years later, Ichiban finds himself in the midst of a mind-boggling plot full of twists and turns, and must make new allies in order to find out the truth.

Over the course of the story, Ichiban will find new people, some of whom will join your party while others are simply supporting characters. Although the Yakuza games have always been strong and given equal amounts of care to their side characters, Yakuza: Like a Dragon takes this up a notch. Even early on, the game does an excellent job of introducing these characters as organically as possible, giving us tidbits of their personality and characteristics, and by the time the credits rolled, I cared for these characters as much as I cared about someone like Haruka, who was a series staple for quite a few games.

Yakuza games have never shied away from highlighting the issues that plague Japan, from politics to corruption, and Like a Dragon is no exception to this. It deals with a lot of elements about the Japanese way of life, and how change has affected the citizens. The side stories are just as wacky and feature a wide variety of missions that range from weird to downright hilarious.

The main story itself is very compelling and well-paced, filled with twists and turns, consisting of fifteen chapters and features more than a few surprises. It takes around 40 hours to complete the story itself if you somehow manage to avoid all the other attractions and sidequests the game has to offer.

Yakuza: Like a Dragon does not disappoint in the slightest in terms of the story and stands as one of the best ever in the long-running franchise. And that’s saying a lot since Ichiban has to compete against the likes of Kazuma Kiryu, who has managed to become an icon in the gaming industry. If you were a fan of the Yakuza storytelling, you are going to absolutely love what Like a Dragon has to offer.

The gameplay of Yakuza: Like a Dragon is split into two different components. On one hand exploring the city is still like traditional games, and you can still go into restaurants and bars, play minigames, and other activities, although there’s a few new mechanics added. Then there’s the combat, which is now completely turn based.

You can select commands from a menu, whether it be attacking, or guarding and combat takes place over multiple turns. Although the normal attacks are usually 1on1, all characters have access to special moves that can have AOE damage. You might think that having turn-based mechanics would make the game feel slow, but RGG studios have managed to make it just as fluid, with quick execution of attacks, and letting you guard against certain status effects by pressing the block button at the correct time. The result is you feel just as much as invested as the beat em up combat of the previous games while having a considerable amount of tactical options available. Straight forward damage moves are not the only options available to you either, as you can also use a wide variety of support moves such as heals and buffs as well as “spells” like charm and fear, just like a traditional RPG.

There’s a literal job system in this game, as Ichiban and his party are able to change their jobs at an employment office, allowing them to change their roles in combat. All of these jobs are similar to typical RPG archetypes but have spun off to have that unique Yakuza feel to them. The combat moves are also similar to something you would expect from a JRPG, like a flame attack but instead of casting a spell, the character might drink some sake and spit it out over a lighter. The result is that combat feels hilarious and engaging, and ends up feeling fresh even during the long grind towards the end of the game.

Although the game starts out once again exploring the streets of the fictional Kamurocho district in Tokyo, Yakuza: Like a Dragon is primarily set in the city of Yokohama. After spending a considerable amount of hours roaming around in Kamurocho, and getting to know every nook and cranny, I welcome this change in scenery.

The map is three or four times the size of Kamurocho, and you can summon a taxi at any time to travel around. There’s also plenty of things to do, from visiting the SEGA arcades to other hilarious minigames, like collecting trash and go-karting. Karaoke, batting center, shogi matches all return as well and exploring the city reveals additional side stories, which are just as engaging and absolutely bonkers as the previous games.

Ichiban also comes to manage a family business and must grow this business by taking over other businesses, hiring and training staff, firing surplus employees, and finally facing the dreadful encounters with investors. Fleshed out subplots are nothing new to Yakuza games, but like everything else about Yakuza: Like a Dragon, this also manages to feel fresh.

The graphical interface clearly shows the commands on the screen, translated into Italian, and the progression allows you to familiarize yourself with these mechanics in a progressive way, starting from decidedly trivial clashes and arriving in the second half of the campaign in very demanding fights, which unfortunately will require strength of things a pause for reflection and a bit of grinding around the city: a typical flaw of turn-based jRPGs.The plant works well, despite its limitations.

For people not used to turn based games however, the grind that comes with towards the end of the game can be a bit of a turn off. For the vast majority of the game, the difficulty curve is very mild, with some enemies posing a challenge but never becoming overwhelming. Towards the end however, some of the boss fights can straight up wipe your party in two turns if you aren’t careful. This leads to some intense grinding session, especially if you avoided fights early on, and since none of the enemies scale with you, this can be a slog.

Visually, the game is an absolute treat. Environments are richly detailed, and pedestrians clog the streets, going about their day, bringing the world to life. A highlight of the Dragon Engine, no loading screens when entering shops, also returns, and you can enter a wide variety of interior environments without any loading screen.

Character design has always been one of Yakuza series’s strong points, even without the dragon engine, and Like a Dragon is no different. All of the characters are well detailed, and excellently animated, bringing them to life. Side characters that received less attention in previous games were also well designed this time around.

The environments also drastically change with time of day, with the city being more serious and somber during the day while neon lit streets fill the night.

Sadly some old-gen gimmicks still exist with the invisible walls blocking your passage and less than impressive dungeon design.

In terms of audio, the sound design has taken a different approach and has been completely redesigned to have its own personality. There are a couple of old sound effects that get carried over from the previous games, but nothing feels lazy or rehashed about it.

Yakuza: Like a Dragon runs at a solid 30 FPS on the PS4, with very slight dips. Considering that the game is much better looking than previous entries with the Dragon Engine, it’s pleasantly surprising that the game runs as good as it does.