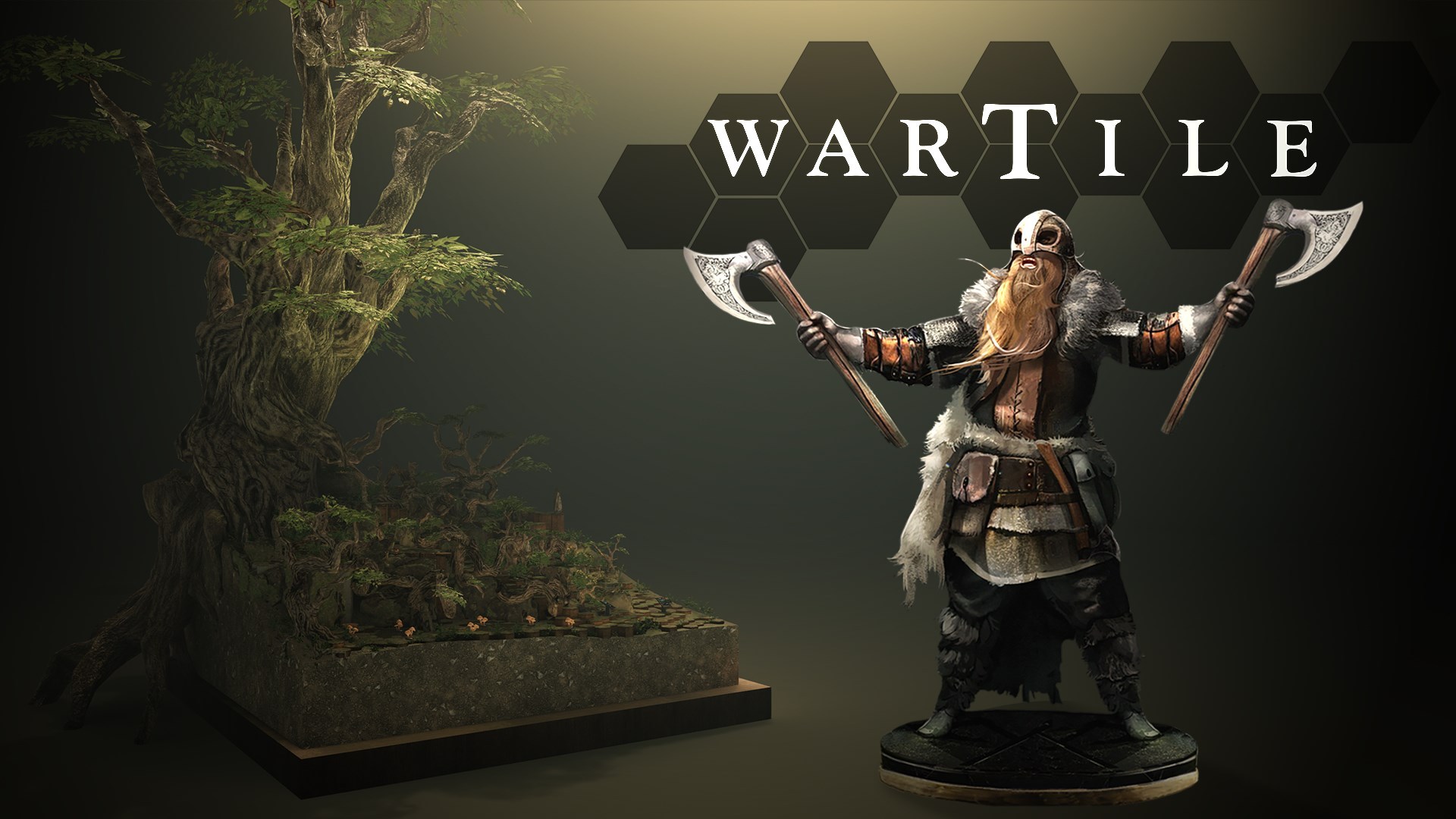 RPG board games are nothing new, but there are very few video games that emulate the feeling of actually playing a board game, with cards and figurines. Wartile is one of them.

Wartile carries over the charm and all the characteristics of those figure board games in a solid title, with gorgeous graphics and fun mechanics.

Based on Norse mythology, Wartile follows the adventures of a young warrior who sets off to find the source of a mysterious plague that’s taking the lives of people.

Let’s start with the basics, each map is made up of hexagonal tiles that allow us to move our figures to move in 6 directions. Your figurines will attack nearby enemies and obstacles automatically, but the effective attack range will depend on your equipped weapons.

The combat itself takes place in a sort of hybrid between turn-based and real-time combat. Your figures and the enemy move around in real-time and attack each other after a set interval, but time slows down whenever you want to use your cards to invoke special abilities or use traps.

There’s a decent choice available for you in terms of team composition and you can hire various different types of units to mix and match your strategies. From warriors to shamans, each unit has its own strengths and weaknesses. It’s important that you understand your deck and roster clearly if you want to survive the difficult missions.

Each mission has a number of optional objectives that you can do for extra loot and money, which can be spent to purchase new cards, weapons and hire more crew members. Every board has different missions and objectives, and these missions are then further divided into different difficulty levels which earn you higher reputation points. There’s no shortage of content here.

The variety of missions is moderately good, but some missions boiled down to fetch quests. This is disappointing, but I still managed to get around 10 hours’ worth of fun before finally feeling the grind get to me.

Every mission feels well designed in terms of enemy placement and overall difficulty curve. The choice to make fallen figurines temporarily unavailable might seem like it makes the game easier, but it allowed me to experiment more as I didn’t have to worry about losing my hard-earned and battle-hardened figurines.

The story is barebones and only serves to give you a reason to go out and fight. Which I am okay with because the gameplay more than makes up for the lack of story.

There are tidbits of lore and environmental storytelling scattered throughout the board but it’s nothing to write home about.

The visuals are Wartile’s strongest points and Playwood has done a tremendously good job at recreating an authentic board game experience.

From the boards that seem like they are carved out of actual wood and then painted with the utmost care, to the figurines. Everything about the visuals of Wartiles screams of top-notch quality.

Were this an actual physical board game, I’m pretty sure it would’ve ended up with a price tag of $200.

Wartile is a fantastic concept of an RPG, that sadly lacks some polish to make it something truly special. The gameplay while fun suffers from AI competency and some design flaws, and the lack of multiplayer and replayability means that once you put this game down, there are very few reasons to come back.

It is ideal for any player who wants to dabble in the realm of board games without having to pay a fortune or having to follow a 100-page rulebook or for fans of the genre who want to experience a fairly good Viking adventure.