I’ve been playing a lot of Warhammer 40k: Chaos Gate over the past few weeks, and I’ve been hitting myself on the head for not trying it earlier. As a 40k fan, Chaos Gate offers you a highly polished experience that does justice to the franchise. You control a squad of Grey Knights, a powerful group of psyker Astartes who are sent to deal with the greatest threats that the imperium of man faces from the ruinous powers of Chaos. The gameplay is similar to turn-based tactical games like x-com, although it really changes the formula and is a solid game on its own.

I’ve really enjoyed my time with the base game, but one of the biggest reasons I’ve been so engaged with the game is its high difficulty. Daemonhunters is brutally difficult, and on higher difficulties, punishes you harshly for making any form of tactical mistake. As expected from a game in the vein of x-com, these difficulties can often be devastating, leading you to lose an entire squad of veteran units.

But then, the DLC content starts, and I was hit with an even more brutal difficulty spike in the form of Technophage outbreaks. The Technophage Outbreak is at the heart of Warhammer 40,000: Chaos Gate – Daemonhunters – Duty Eternal. With the arrival of this new strain of the Bloom, the Grey Knights are tasked with aiding the Adeptus Mechanicus in halting its spread across space. The new Technophage Outbreak mission variant is the most challenging in the game to date, remixing standard maps and objectives with higher reinforcement numbers, new Warp Surge conditions, and tougher consequences for failure. The potential rewards, however, are also much greater.

In order to level the playing field, you are given access to the venerable Dreadnoughts. To anyone not familiar with these walking hulks of death, the Dreadnought is a space marine who is entombed inside giant metal machines. Critically injured in battle, these Astartes are given another chance to serve the emperor, and with the help cybernetic life-support system; their pilots are neurally linked with their mechanical bodies, becoming towering mechanoids of doom.

Getting to control these badasses in missions is an awesome moment, and seeing these legendary units absolutely mow down any pathetic creature attempting to stop it is a treat for a 40k fan like me. Unfortunately, however, due to their ridiculous firepower, they can’t be brought to every mission, and are only limited to Technophage outbreaks. This is a bit disappointing but understandable from both a balance and lore perspective. Dreadnoughts aren’t meant to be used lightly, as they require years of sleep after going on missions, and are supposed to be called in only when a chapter is in dire need of their guidance and protection.

The dreadnoughts aren’t the only playable unit added with the expansion. Techmarines are a new type of Grey Knights added, that control a cadre of Combat Servitors, which join the Grey Knights on the battlefield as more expendable allies, each equipped with a specific ability that serves a distinct purpose in battle. The Techmarine can repair or augment Combat Servitors and the Venerable Dreadnought during a mission, offering a support role to the rest of the squad. Techmarines can be recruited and brought on to missions similar to the existing types of Marines, meaning their specialty can be used to combat the new threats that are introduced with the expansion.

Brutally tough new bosses and elite enemies who are capable of countering your Dreadnoughts mean that you have to stay on your toes. I actually lost two of my best marines, and barely managed to scrape through a mission right after the expansion just started. I didn’t have a lot of trouble with the main campaign missions, but the expansion’s difficulty actually made me fearful of losing a mission a lot of times.

While not impossibly difficult, the DLC is a step up from the base game's difficulty. If you don't mind the extra bump in challenge, the addition of Dreadnoughts and techmarines makes Duty Eternal an meaningful addition to the game. It fleshes out existing systems and adds new content seamlessly, making it feel like it was always a part of the base game. 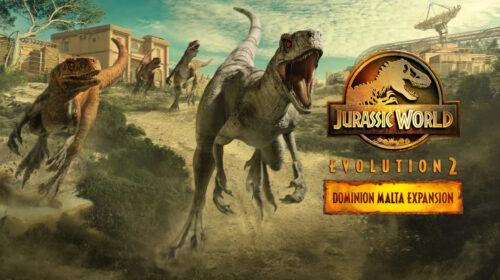