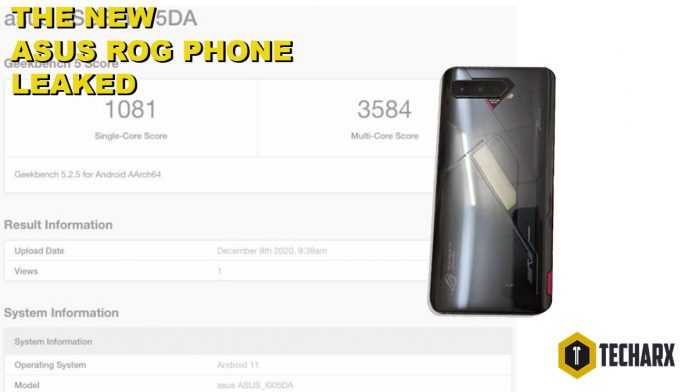 The new ROG phone seems to keep the design language of the ROG series and seems to pack an triple camera setup with a primary 64MP sensor. There is also a red button at the bottom right but we do not know it’s purpose yet. Digital Chat Station has shared on Weibo that the ASUS ROG Phone 4 would feature a dual-cell battery of total capacity of 6000mAh and will be backed up by 65w super fast charging compared to the older ROG Phone 3’s 30w charging.

The new ROG Phone will come with the latest Snapdragon 888 SoC as found in leaked Geekbench specs, also 8GB of RAM and could come with FHD+ AMOLED 144hz display.