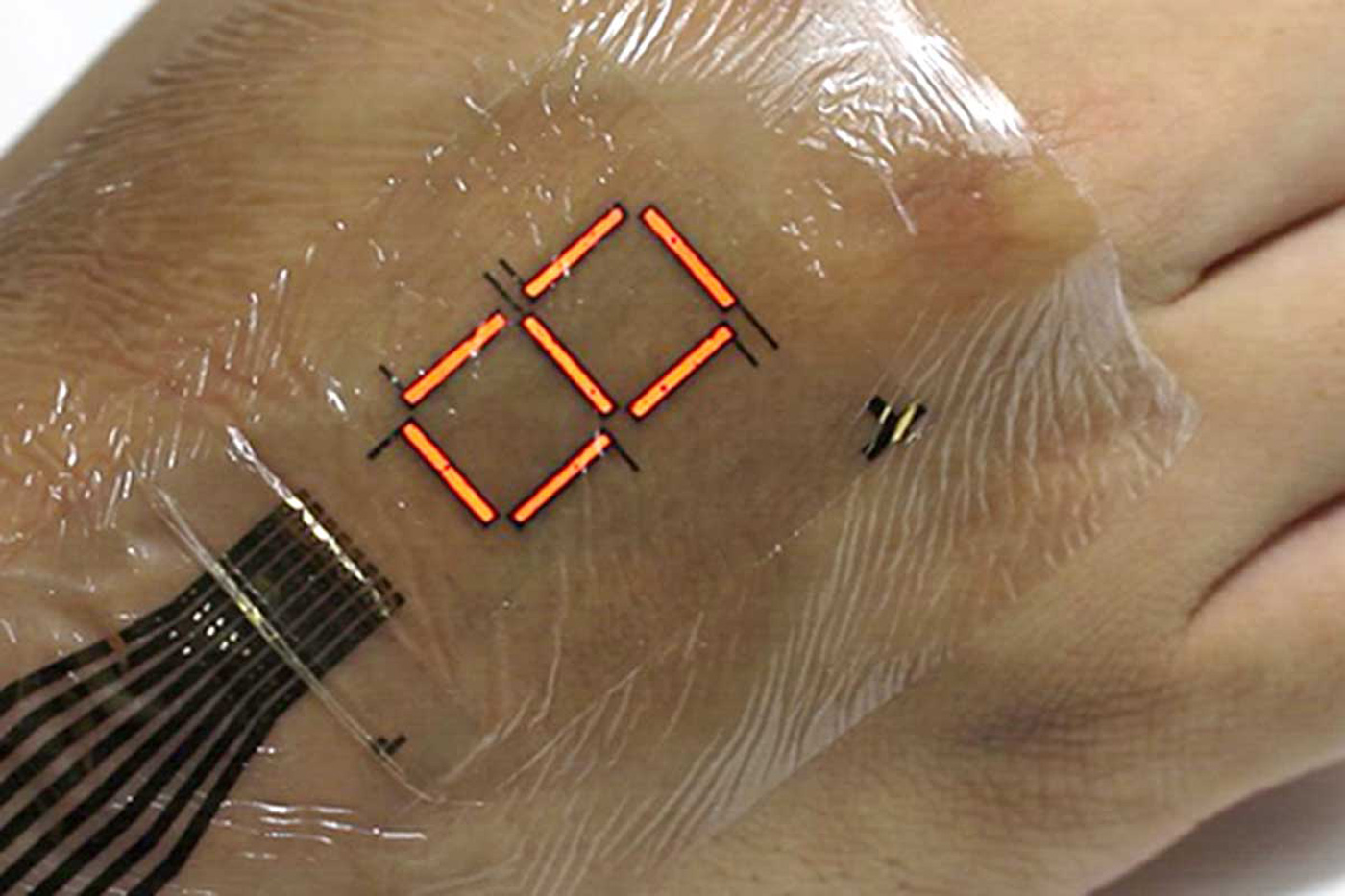 Turn your skin into a Electronic digital display with E-Skin

How would you feel if you get an object which you can paste it on your skin and after that the object becomes a  Screen? Well its sounds great , and its seems to be possible now.Many researchers have worked on this new technology known as E-Skin technology and guess what  we are heading in that direction sooner than expected.

University of Tokyo’s Takao Someya with his team have developed an optoelectronic skin whose polymer LEDs and organic photodetectors are so thin enough to directly  blend in with your body and it’s durable enough that it won’t break as you flex your limbs. 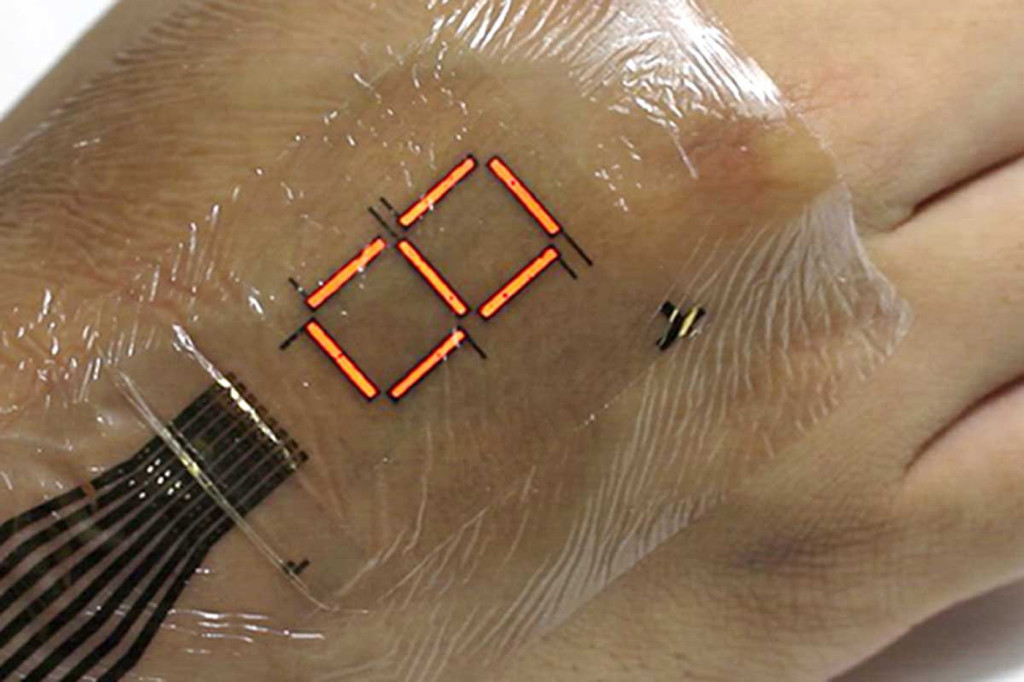 Currently this hardware is on initial Stage and not much of can be done with except of getting the result of your blood oxygen concentration levels,which is the only thing this hardware can show right now.

But Scientist are not stopping here, they are dreaming big with this hardware, they believe  ” A worker will be able to have building plans or an electrical diagram displayed on their skin without carrying heavy devices ” or  ” an athlete could have fitness data on their hands”.

Truly with this type of wearable inventions it is quite possible that smartwatches will going to face Big competitors ahead . This E-skin technology is new and will upgrade day by day with more features in it.

The device uses a seven-segment LED to display a single digit or letter.The display also works for longer than other devices, using LEDs that last for several days. The bright display works with less power than existing e-skin. Now if  there were not a thin film needed to attach the display it may look like a TATTOO, forr which they are working on.