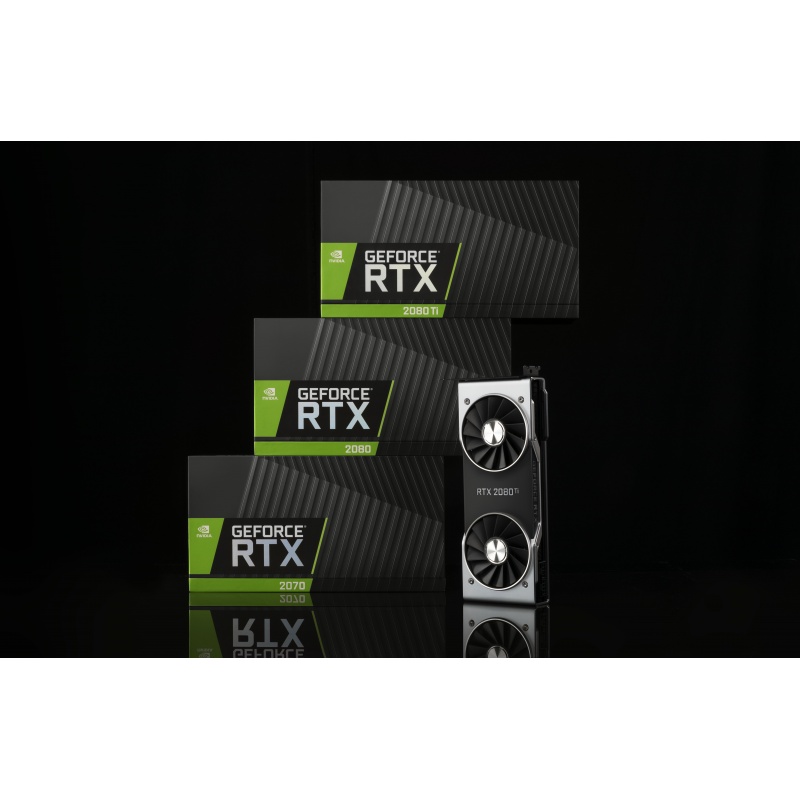 Turing, NVIDIA’s new ‘Fastest Graphics Card Ever’ has finally released. We took a look at its technology in our previous article by Prasoon Tiwari. In this article, I will analyse the performance numbers I have gathered from the most trusted reviewers and see how much have Nvidia truly delivered.

[nextpage title=”Product Shots”]NVIDIA for this generation has gone with a dual fan cooler instead of the blower fan that they have been using on their reference cards for all these years. Cards do have an appeal but may not be an instant hit with everyone. However aesthetics aside these cards perform better than Pascal FE cards in terms of Temps and noise.

[nextpage title=”Pricing”]Now Pricing has been a hot topic with this generation. Nvidia has raised the price of each segment by as little as $100 dollars to all the way up to $500. The RTX 2080Ti is selling as of now for $1200 and 2080 is selling for $800, 2070 is due in October. In India, the pricing is even worse.
NVIDIA India is selling them on their website with 2080Ti already Out of Stock 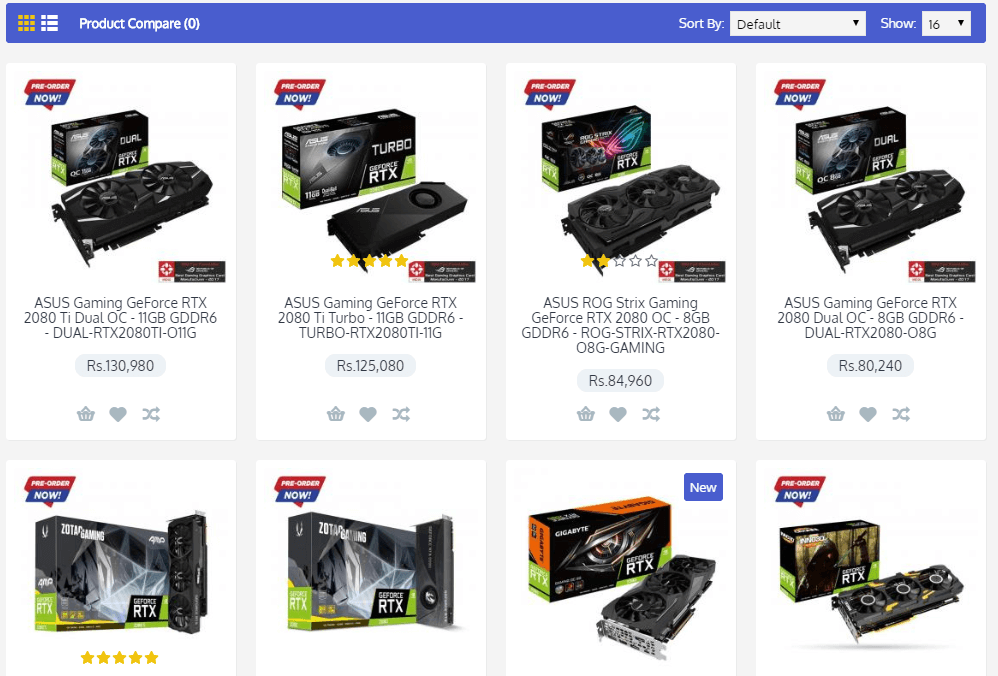 So yes pricey stuff, but it will only be pricey if it does not deliver the 6 times Performance uplift( which Gen on Gen is unheard of, like ever)

[nextpage title=”Tom’s Hardware Results”]Tom’sHardware received a lot of flack from the community for their Pro Pre Order article but they are still one of the best places to get accurate benchmarks on new hardware. Their Numbers paint a rather interesting picture on the 2080Ti and 2080 compared to the 1080Ti and 1080.

So acc to Tom’s review( which is a great review, you should check their review out) the 2080Ti like it’s price has a complete different Tier of performance compared to all other cards on the market. It even slam dunks the $3000 TITAN V.  Gen on Gen it’s a 30 to 35% increase overall. Same goes for 2080 to 1080. But here is the catch, 2080 does not improve upon the performance of the 1080Ti like we have grown accustomed to all these years. It costs more but performs the same and since Ray Tracing and DLSS are at least 2 months out no one can say how much of a game changer those will be.

Tom ends their review with this

In the end, Nvidia built a big, beautiful flagship in its GeForce RTX 2080 Ti Founder Edition. We’ve smothered CEO Jensen Huang’s favorite features with caveats just to cover our bases. And we commiserate with the gamers unable to justify spending $1200 on such a luxury. But there’s no way around the fact that, if you own a 4K monitor and tire of picking quality settings to dial back in exchange for playable performance, this card is unrivaled.

[nextpage title=”Gamer’s Nexus Review”]Steve Burke, or Tech Jesus (as he is jokingly referred to in the PC community), is one of the best reviewers out there. His reviews always have a varied number of benchmarks and he is never biased when giving you his purchasing opinion. Let’s take a look at what his review has to offer.

Gamer’s Nexus has this to say when ending their review

[nextpage title=”Hardware Unboxed/Techspot Review”]Steven Walton is fondly known as the Benchmark King of youtube. You only need to see his 30+ game benchmark marathons to understand why. He is a very reputable Aussie Benchmarker who’s numbers are always spot on. Let’s see what picture he paints on the RTX 2080Ti and 2080.

Steve finished his review by saying this

If you’ve got money to burn then I guess the RTX 2080 Ti can be justified, because you’re not really needing to justify anything, after all 4K 144 Hz gaming monitors start at $2,000, so I guess dropping $1,200 on a graphics card to make use of it won’t be an issue. For the rest of us it’s just not worth touching. AMD’s Vega 64 is horrible value and yet you’ll be paying even more per frame for the RTX 2080 and 2080 Ti. That’s probably all you need to know.Horrible pricing aside, I’m in awe of the performance Nvidia has achieved with these new GPUs, particularly the GTX 2080 Ti, shame they had to spoil it with the price tag.

[nextpage title=”Anandtech Review”]Gold standard site when it comes to PC parts review, Anandtech is one of the oldest review sites still reviewing computer hardware today. Let’s see what their review has to offer

Anandtech ended its review with this

But as we alluded to in the Turing architecture deep dive, graphics engineers and developers, and the consumers that purchase the fruits of their labor, are all playing different roles in pursuing the real time ray tracing dream. So NVIDIA needs a strong buy-in from the consumers, while the developers might need much less convincing. Ultimately, gamers can’t be blamed for wanting to game with their cards, and on that level they will have to think long and hard about paying extra to buy graphics hardware that is priced extra with features that aren’t yet applicable to real-world gaming, and yet only provides performance comparable to previous generation video cards.

DLSS and Ray Tracing may indeed end up being a killer feature but even then these Turing GPUs are not very monstrous in that even. By most accounts, RTX enabled forces these cards to below 1080p 60(yes even the 2080Ti). Chances are if you are buying an Rs 1Lakh GPU you are getting at least an Ultrawide 1440p monitor and won’t be content with Fancier shadows at sub-native resolutions at sub 60 fps frame rates. Plus RTX may end up like PhysX even, a pure Novelty feature that no one uses.

Another interesting Observation to point out before closing this look at the RTX 2080 and 2080Ti performance overview is that Turing is performing very well in titles that have favoured AMD’s GCN and VEGA over Pascal. This does indicate a much better Async Compute implementation in these cards than Maxwell and Pascal and also bodes well for future performance once low-level APIs such as Vulkan and DX12 becomes the norm. All in all, the Technology, performance and future proofness is there but they are severely lacking in the price department. My advice, hold up till AMD releases 7nm GPUs if you have a 9 series or 10 series card.