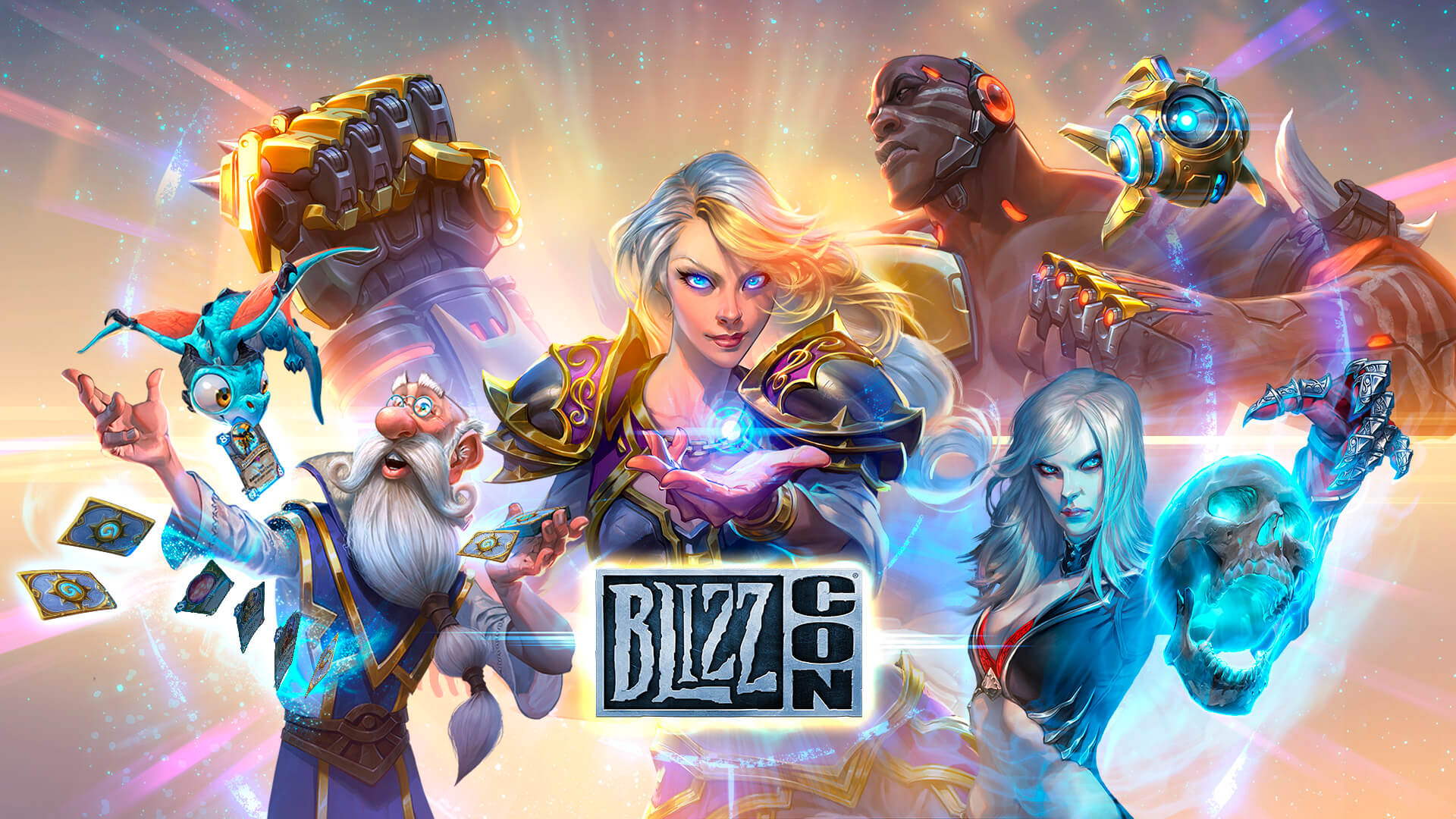 Blizzard also had some really exciting news to reveal for World of Warcraft, Starcraft II and Hearthstone

DECLARE YOUR ALLEGIANCE IN THE BATTLE FOR AZEROTH 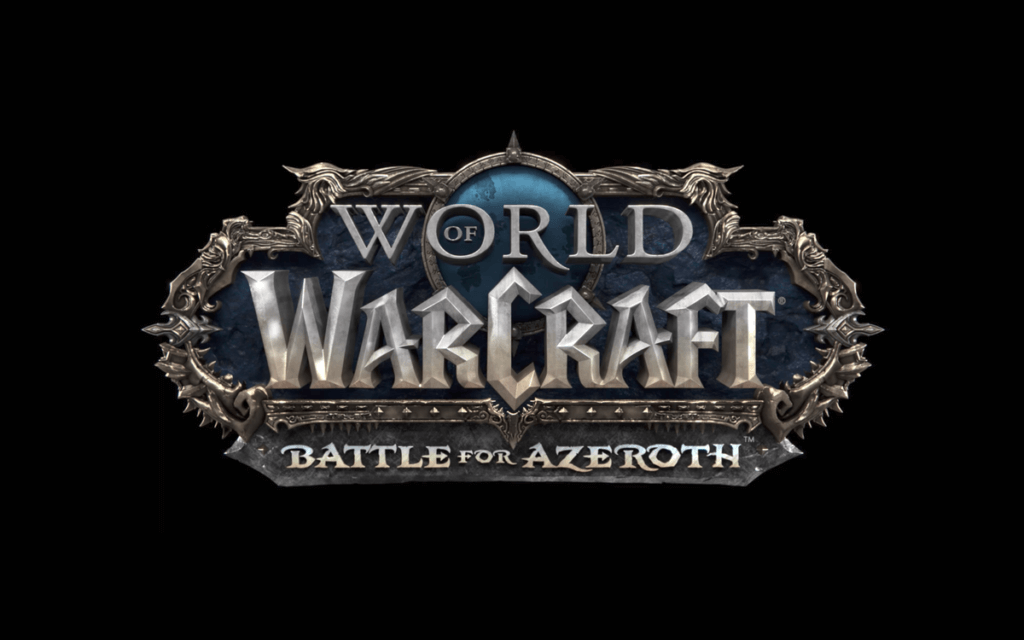 The battle against the Legion has left the world broken—but the shattered trust between the Alliance and the Horde could prove the hardest wound to mend. Blizzard Entertainment today unveiled plans for World of Warcraft®: Battle for Azeroth™, a new expansion to the company’s acclaimed massively multiplayer online role-playing game that will test players’ resolve as they champion their faction’s cause in a devastating new war.

In Battle for Azeroth, the fall of the Burning Legion has set off a series of disastrous incidents that reignites the furious rivalry between the noble Alliance and the mighty Horde. As a new age of warfare begins, Azeroth’s heroes must set out on a harrowing journey in search of new allies, race to claim the world’s mightiest resources to turn the tides of war, and fight on several fronts to determine which side will lead Azeroth into its uncertain future.

“Conflict is at the heart of the Warcraft® saga, and in Battle for Azeroth, tensions that have been simmering for a long time escalate into all-out war,” said Mike Morhaime, CEO and cofounder of Blizzard Entertainment. “World of Warcraft players are incredibly passionate about the characters and factions they identify with in the game, and this expansion will make them prouder than ever to declare their allegiance to the Horde or to the Alliance.”

World of Warcraft: Battle for Azeroth includes new features and content that will put heroes’ dedication and fortitude to the test. In this expansion, players will be called upon to:

Explore Two Fabled Kingdoms: As a champion of the Horde, travel to the Zandalar empire to persuade the trolls to lend their naval might. As a defender of the Alliance, venture to the seafaring kingdom of Kul Tiras, home of Jaina Proudmoore, and rally its inhabitants to fight for your cause.
Recruit Allied Races: Take a new form for your adventures as several new playable Allied Races, each with unique racial abilities. Earn the favor of the Highmountain tauren, Void elves, Dark Iron dwarves, and others to create a new character of that race and add their strength to your faction.
Plunder the Islands of the Great Sea: Scour Azeroth’s myriad uncharted Islands and conquer an ever-changing array of enemies, environments, and objectives. Battle in groups of three as you race against cunning rival intruders—or enemy players—to collect each island’s resources and fuel the war effort.
Charge Into the Warfronts: Fight on the battlefields of a large-scale, 20-player cooperative Warfront to claim a key strategic location. Capture resources to build your faction’s forces, lead the charge as your troops lay siege to objectives, and fight the enemy commander to claim victory in this new PvE mode inspired by classic Warcraft RTS battles.
Infuse Your Armor with Titanic Might: Seek out Azerite, an invaluable new resource that has emerged in the Legion’s wake. Imbue the Heart of Azeroth—a legendary neck piece entrusted to each hero by Magni Bronzebeard—with Azerite to customize your armor with new powers and traits.
Battle to Level 120: Trace the corruption of the Blood God to the Underrot, unearth the secrets of a lost titan vault, escape from the Drust Realm of the Dead, and more as you quest through 10 new levels—then continue to grow in power through new World Quests, raids, dungeons, and more.
Instantly Boost to Level 110: Enter the raging conflict between the Horde and the Alliance prepared to survive on the front lines of a vicious new war.
Connect Through Communities: Join up with WoW® players who share common interests in persistent cross-realm Communities. Share strategies with members of your class, fraternize with auction house magnates, talk shop with fellow tailors, and expand your social circles.
To learn more about World of Warcraft: Battle for Azeroth, visit the expansion’s official website at www.worldofwarcraft.com/battleforazeroth.

The interstellar battle between the terran, zerg, and protoss is about to consume even more of the galaxy, as Blizzard Entertainment today announced that the ultimate real-time strategy game will soon be free to play.

Beginning November 14, players around the world will get free access to the full award-winning Wings of Liberty® campaign and the elite multiplayer competition of StarCraft® II’s ranked ladder, including all the latest units and balance updates through the latest release in the series, Legacy of the Void™. Players will also enjoy expanded access to StarCraft II’s highly popular co-op mode, with all Co-op Commanders playable for free.†

“StarCraft II is one of the highest-rated PC games of all time, and we’re excited to give even more people around the world a chance to find out why it has inspired such a passionate global community,” said Mike Morhaime, CEO and cofounder of Blizzard Entertainment. “With the massive Wings of Liberty single-player campaign, endlessly replayable co-op mode, prestigious ranked ladder, comprehensive map-making tools, and more, StarCraft II now delivers the ultimate real-time strategy experience completely free.”

Those who wish to experience later chapters in the StarCraft II story can purchase the additional single-player campaigns, Heart of the Swarm®, Legacy of the Void®, and Nova Covert Ops®, individually (€14.99 USD each) or together in the Campaign Collection (€39.99) through the online Blizzard Shop. For a limited time, players who already own Wings of Liberty (as of October 31, 2017) but have not yet purchased Heart of the Swarm will be able to get the latter campaign free by logging in to the Blizzard Battle.net® desktop app and claiming their free Heart of the Swarm gift between November 8 and December 8, 2017.

As a thank-you to the dedicated StarCraft II player community, those who already own any version of StarCraft II prior to October 31, 2017 will receive a special Eidolon Ghost skin and three portraits commemorating their founder’s status in the game after StarCraft II goes free starting on November 14.

Venture into the dark, winding dungeons deep beneath Azeroth in search of ancient, legendary treasures in Kobolds & Catacombs, the upcoming expansion for Hearthstone®, Blizzard Entertainment’s smash-hit digital card game due out in December. Those daring enough to brave the hazards and monstrosities of this subterranean realm will have ample chance to stuff their bags with awe-inspiring treasures in the form of 135 wondrous new cards! Pesky Kobolds have been tunneling beneath Azeroth for thousands of years, uncovering and hoarding artifacts long forgotten by mortals and surface dwellers . . . but whispers of these mighty treasures ripe for the taking have begun to spread throughout taverns far and wide. Some of the most alluring rumors speak of powerful Spellstones among the 135 cards included in Kobolds  Catacombs: enchanted items that you hold in your hand to empower before playing. Intrepid adventurers will also be able to arm themselves with one of nine new class-specific Legendary Weapons! Players will receive one free
Legendary Weapon the first time they log in to Hearthstone after Kobolds & Catacombs has launched.
The bravest and most foolhardy adventurers will need all the help they can get as they delve into Hearthstone’s free new single-player game mode: Dungeon Runs! Coming with the launch of Kobolds & Catacombs, Dungeon Runs will send Hearthstone players on challenging, high-stakes subterranean adventures inspired by the classic fantasy dungeon crawl. Players start with a novice deck from their class of choice and face a series of progressively stronger foes, randomly selected from a huge pool of unique bosses. As they progress, they’ll bolster their decks with cards looted from defeated bosses, including
some immensely powerful treasures exclusive to Dungeon Runs. Heroes should plunder with caution, however, because losing a single battle will spell the end of their Dungeon Run.
Coming this December to Windows® and Mac® PCs; Windows, iOS, and Android™ tablets; and mobile phones, Kobolds & Catacombs card packs will be winnable in Hearthstone’s Arena mode and players can purchase them with in-game gold or real money at the same prices as Hearthstone’s other card packs.
Starting today and up until the expansion is released, eager treasure seekers can pre-purchase Kobolds & Catacombs card packs in a special 50-pack bundle, on any platform, for a one-time price of £44.99/€49.99 (one purchase per account) and receive the sparkling, jewel-encrusted “For the Hoard!” card back for free!