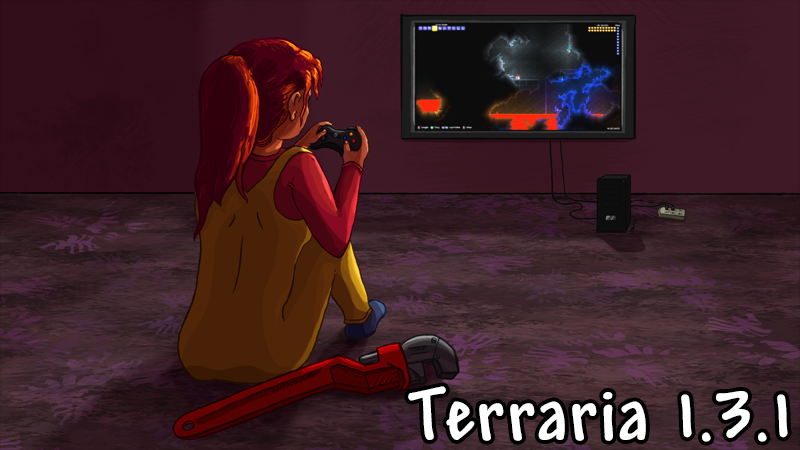 Sit back, relax, and kill some slimes

Terraria has been one of my most favorite games, and and the constant support for it has given me faith in the industry as it shows how truly commited the developers for this game are. One of the most popular indie games on steam, has released their latest update titled “the wiring update”.

Throughout the past 5 years Terraria has grown from a small project to a fully fledged sandbox game with very intricate gameplay and has a friendly community to back it up. Now today, Redigit and the team has released the version 1.3.1 of the game that vastly improves the wiring mechanics and interactivity of the game.

Ever since modding for the game began, there was always a need to have adventure modes in the game – linear questlines to go through instead of endless hours of digging dirt and slaying enemies. With this update, that need is fullfilled.
The biggest changes featured in this update is controller support, so you can play from a relaxing distance as you spend hours to build that perfect obsidian castle or underground storage complex. Other main features are as follows :

For the complete list of changes, visit the terraria forums, with the following link

So, get going, download the update, and if you do not own the game, do give it a try. Maybe you can put some time in and make a 3×3 combination lock like this.