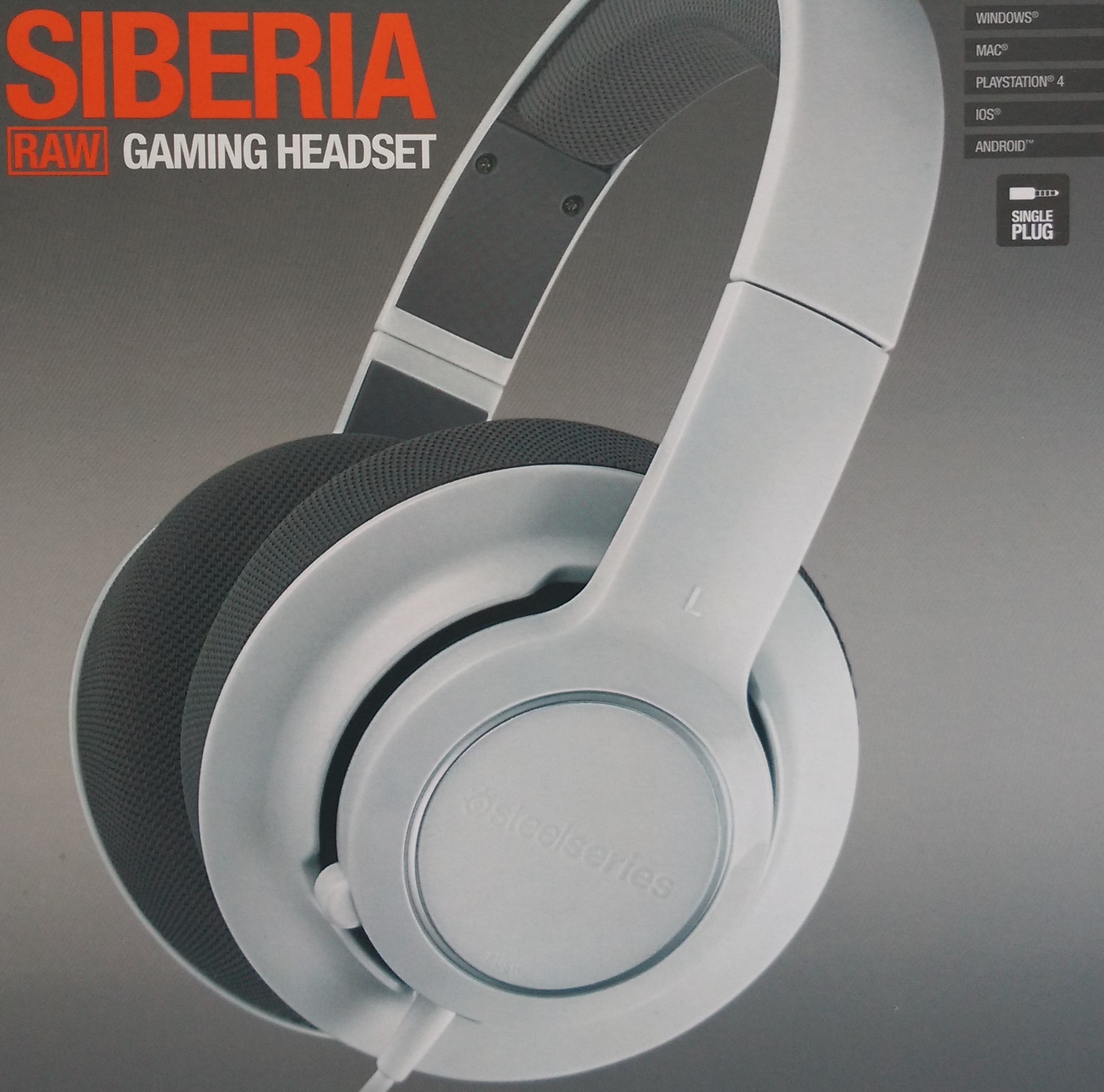 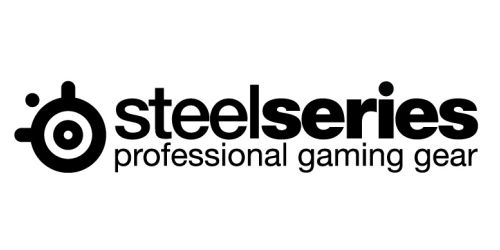 Steelseries is a brand which doesn’t really need an introduction, they have an ever growing fan following in the gaming landscape and for good reason, they have produced some of the best gaming peripherals the industry swears by, be it the legendary sensei or the siberia series of headsets.

They are among the top few manufacturers who are not only known for great but comfortable and reliable products too,
So today we are going to take a look at their latest offering, the Siberia RAW headset which comes with pretty nifty features and an attractive price tag to boot.

The technical specifications of the Steelseries Siberia Raw are given below :

Lets have a detailed look at what the Steelseries Siberia Raw looks like. 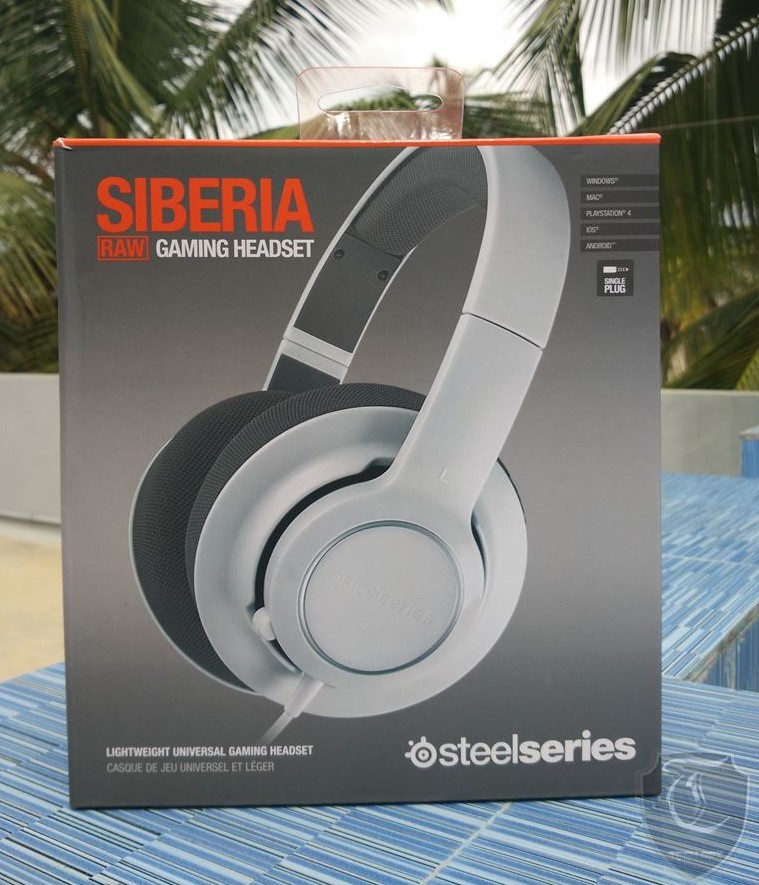 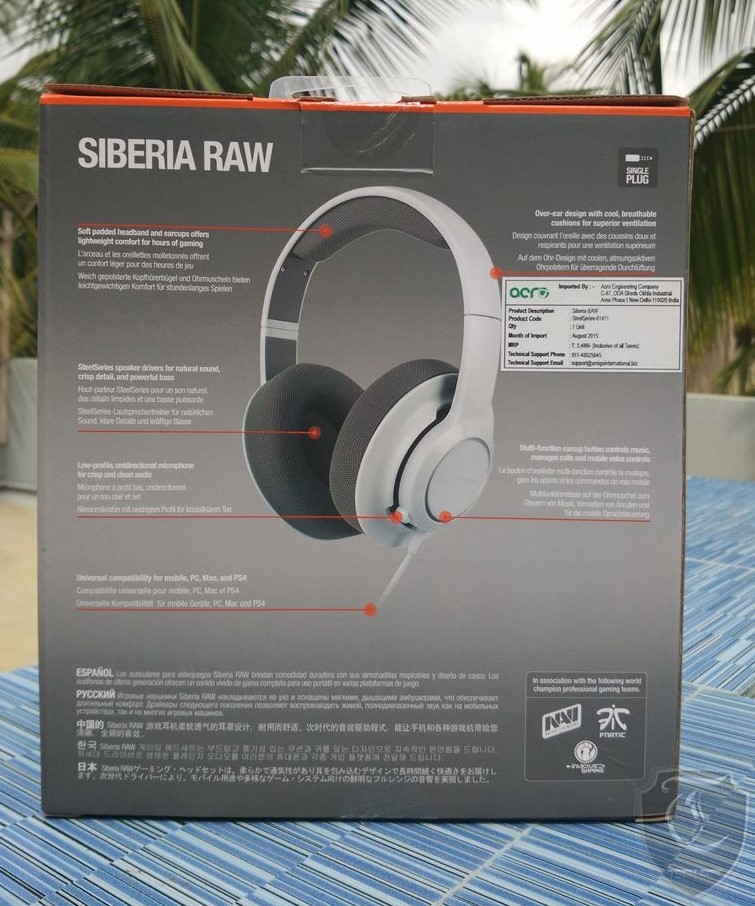 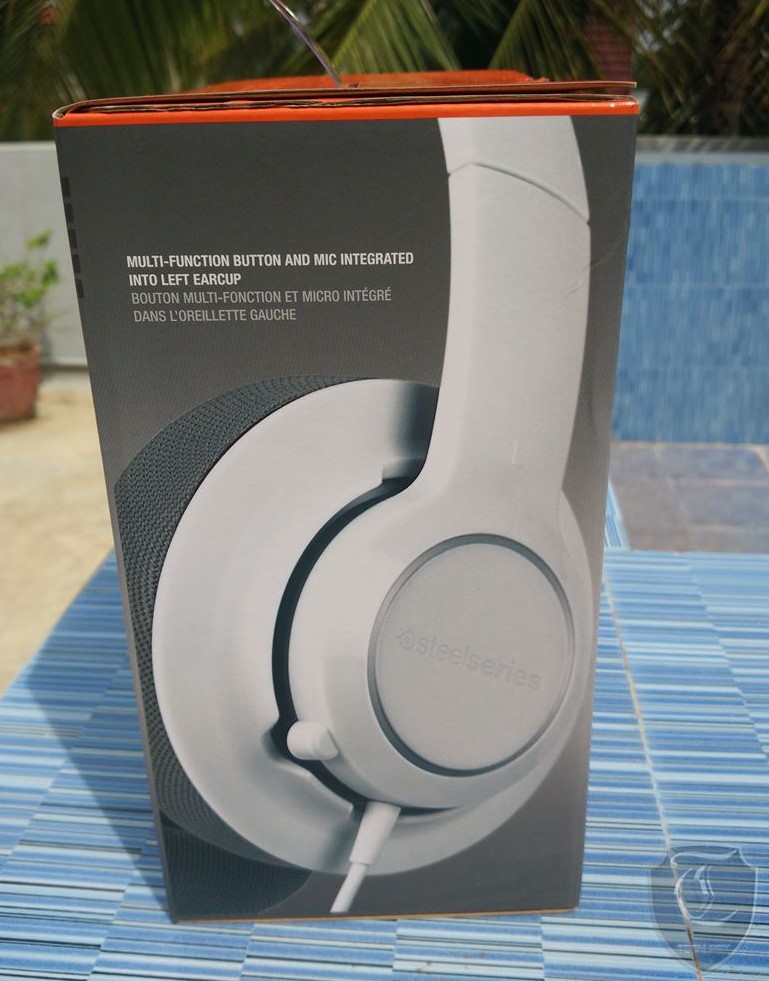 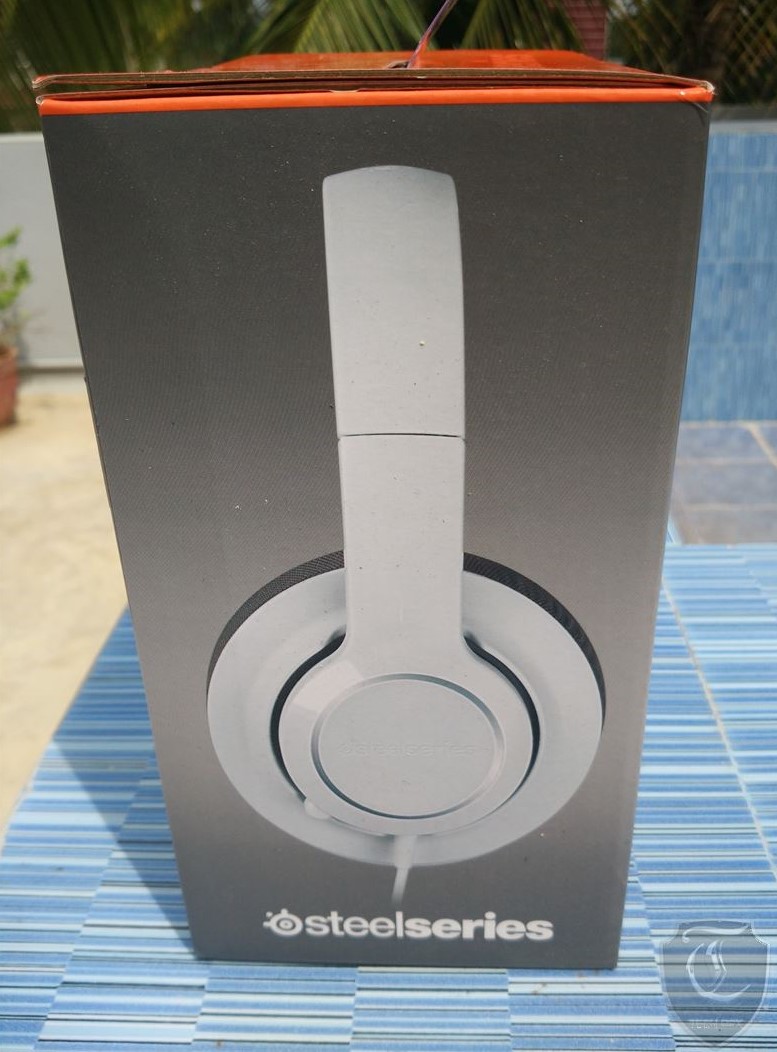 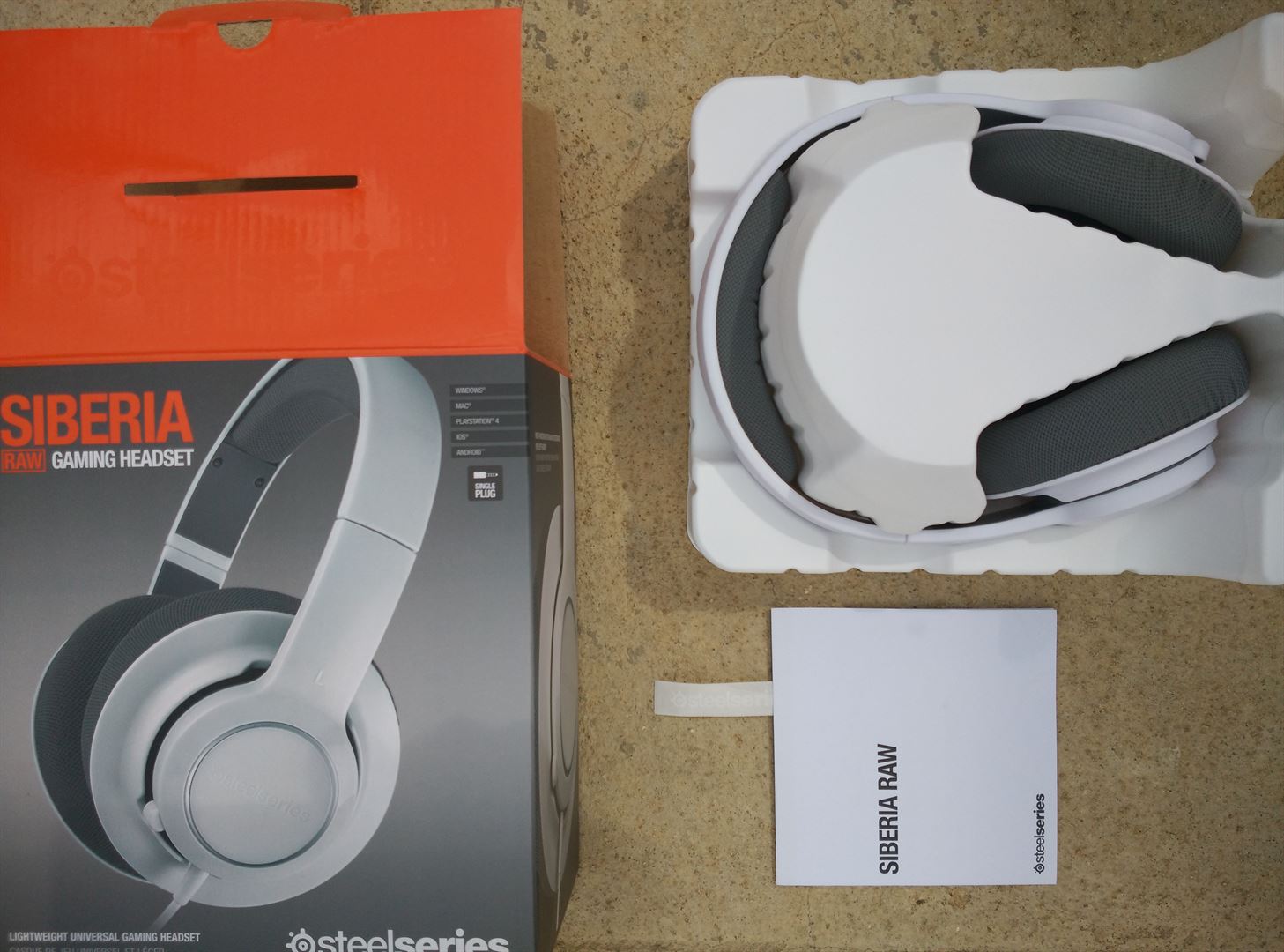 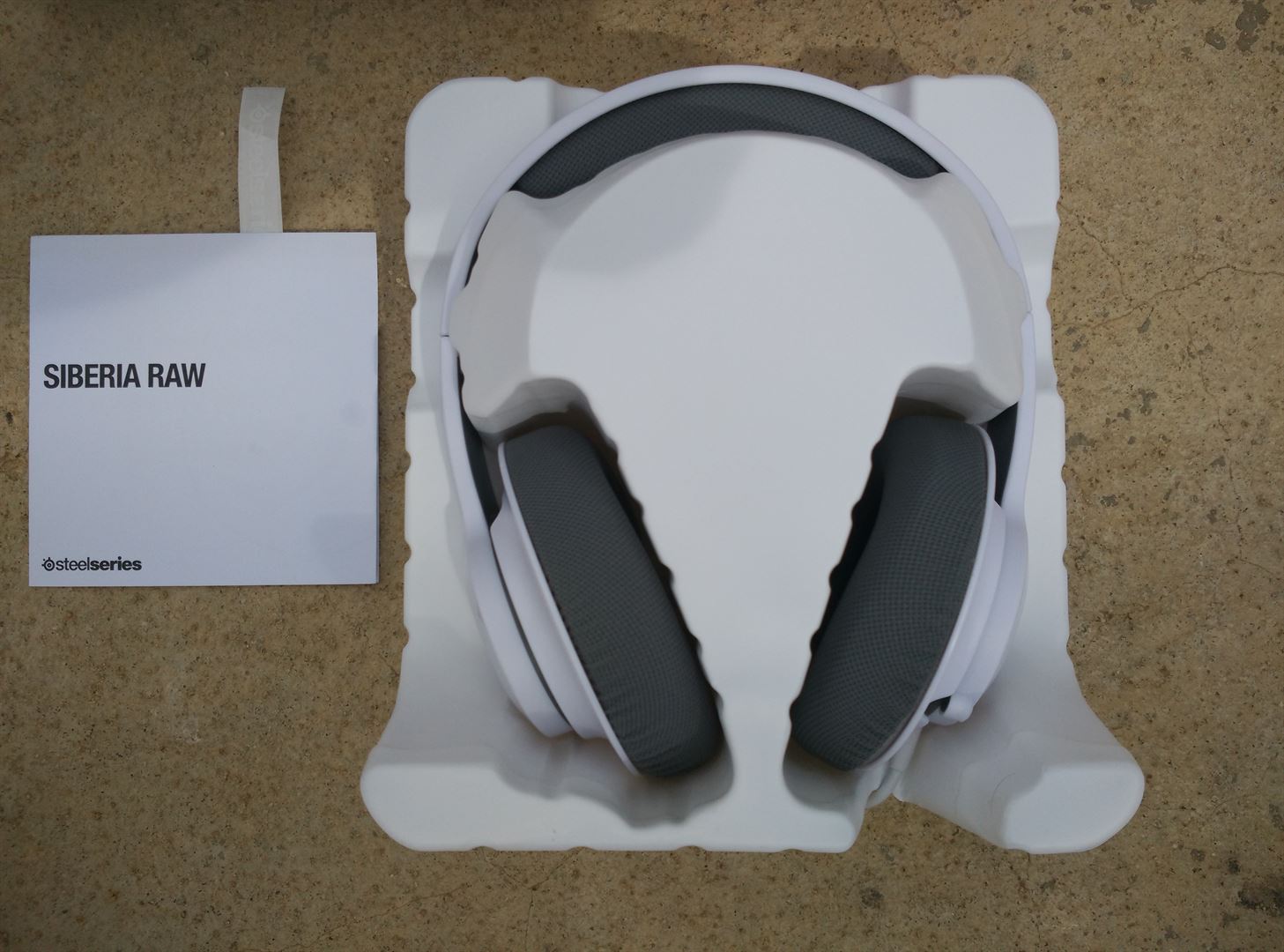 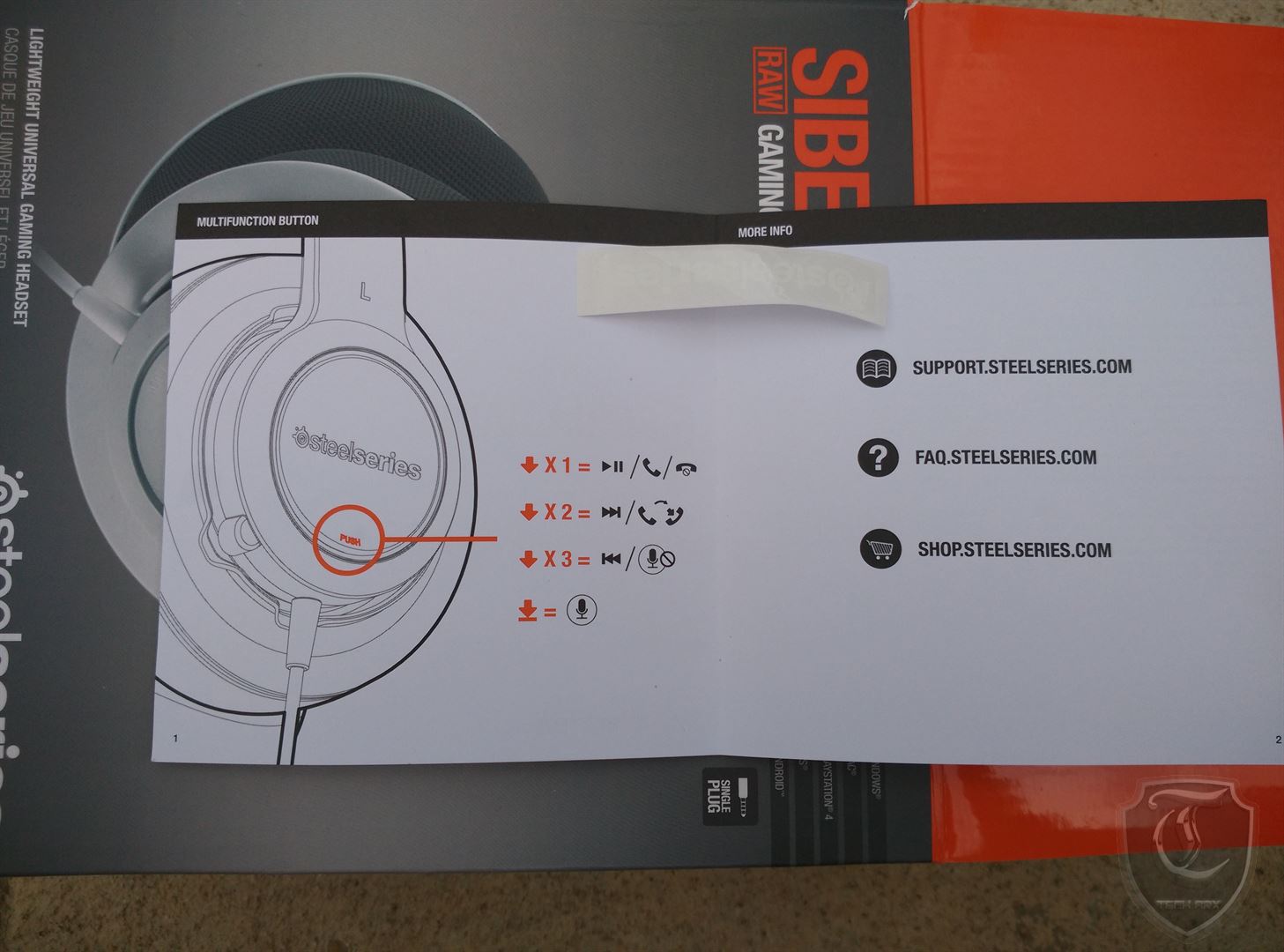 [nextpage title=”Design and Build”]This Steelseries Siberia Raw is designed very differently than the usual Siberia series headsets, it distinctively sets itself apart with huge looking cans and an integrated mic along with a very different headband. 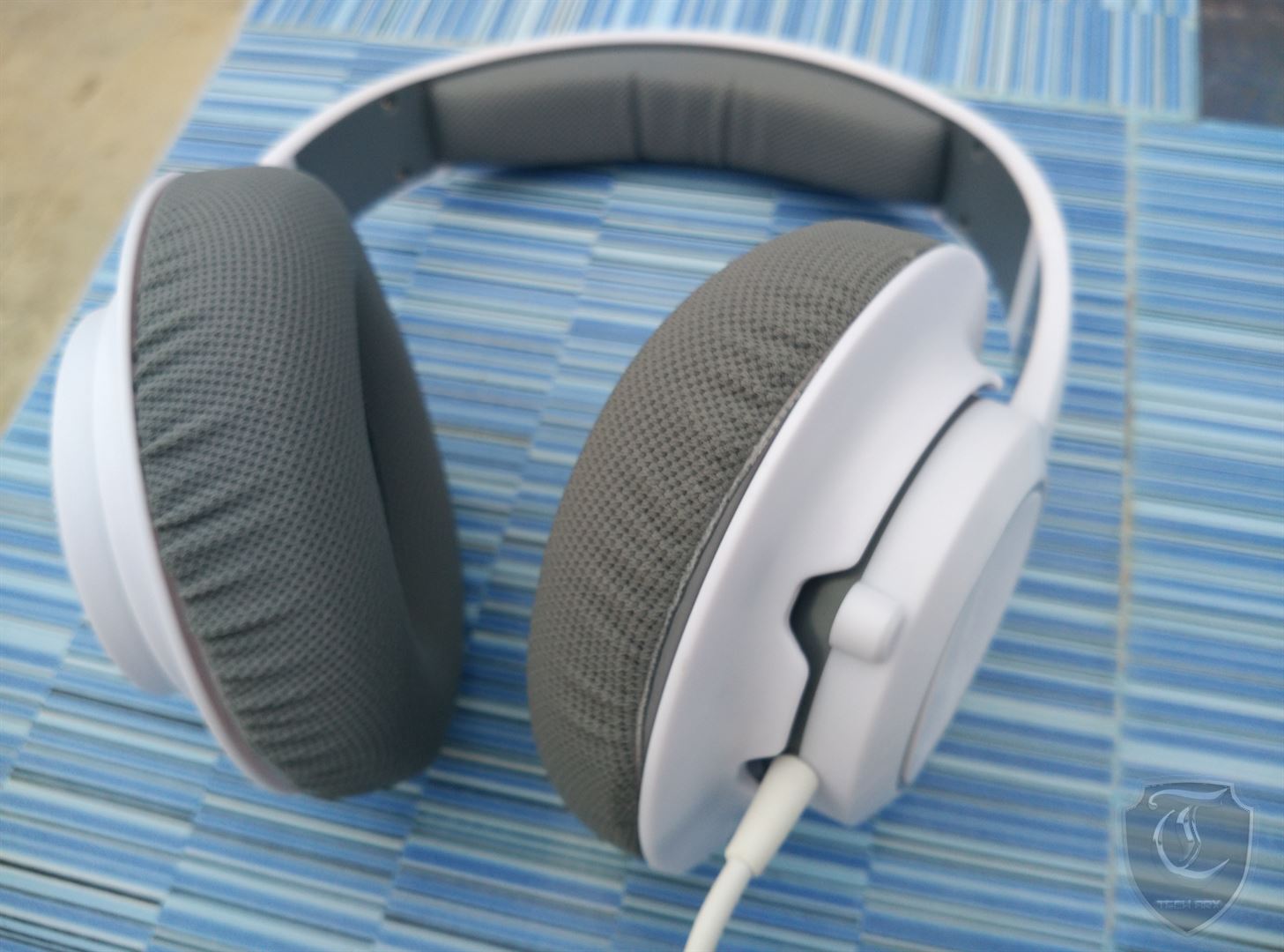 In my opinion the best part about the headset is the omnidirectional integrated mic, its much better than having a dangling or fixed mic in front of your face, and every time you want to maybe munch on a snack or drink water you have to pull it up, sure i may be nitpicking here but these small things make a difference.

The multimedia/call pickup/drop key is another great add on which makes the gaming headset double up as a mobile headset, but this kind of complicate things, which we will talk about in the coming sections. 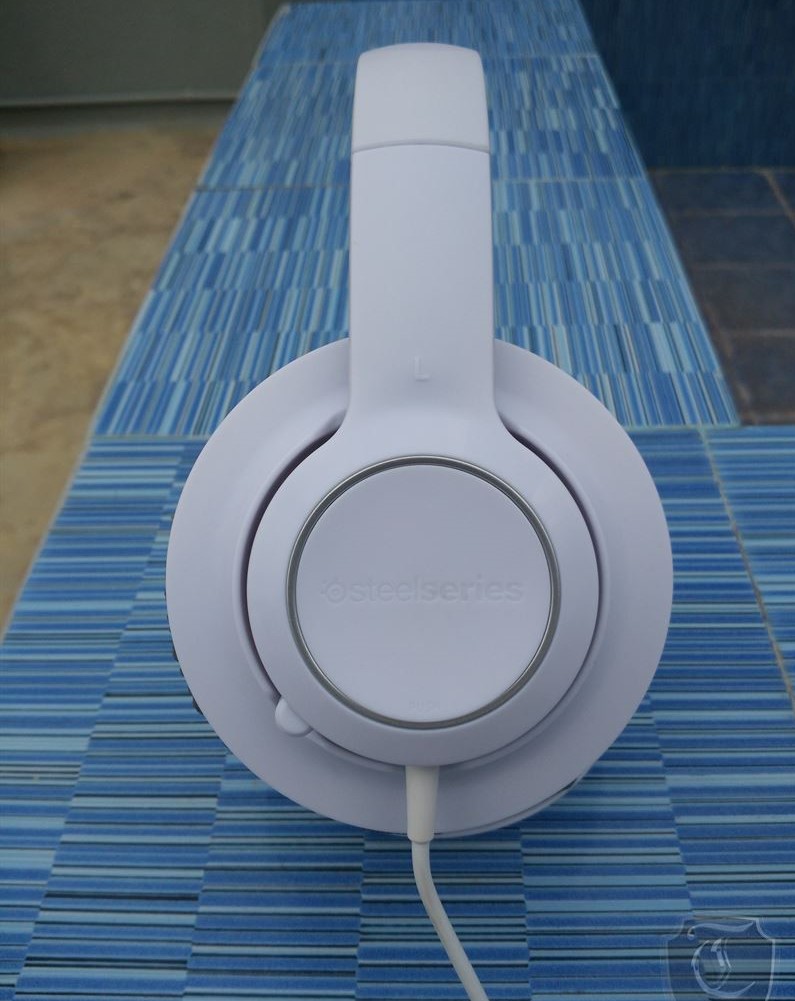 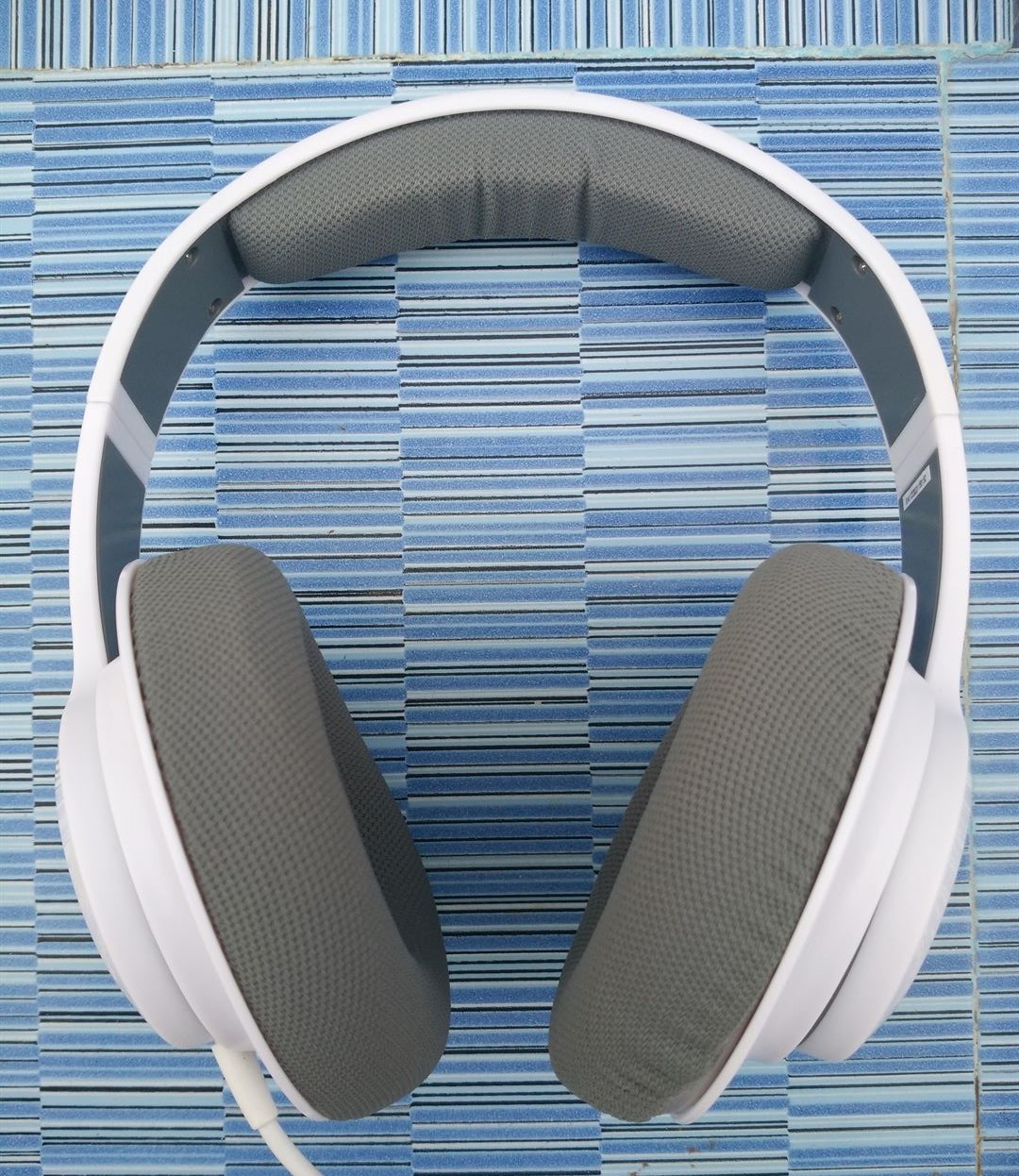 Overall it looks great and the white/grey theme is quite appealing, but coming onto the build quality it becomes pretty clear that at the end of the day this is a budget offering, but I expected a little better from steelseries.

The plastic used doesn’t inspire much confidence when handling them, sure they are pretty light but i wouldn’t use them too roughly.

The cable on the other hand feels very sturdy and heavy duty, the length of it is pretty apt too, neither too long nor too short. 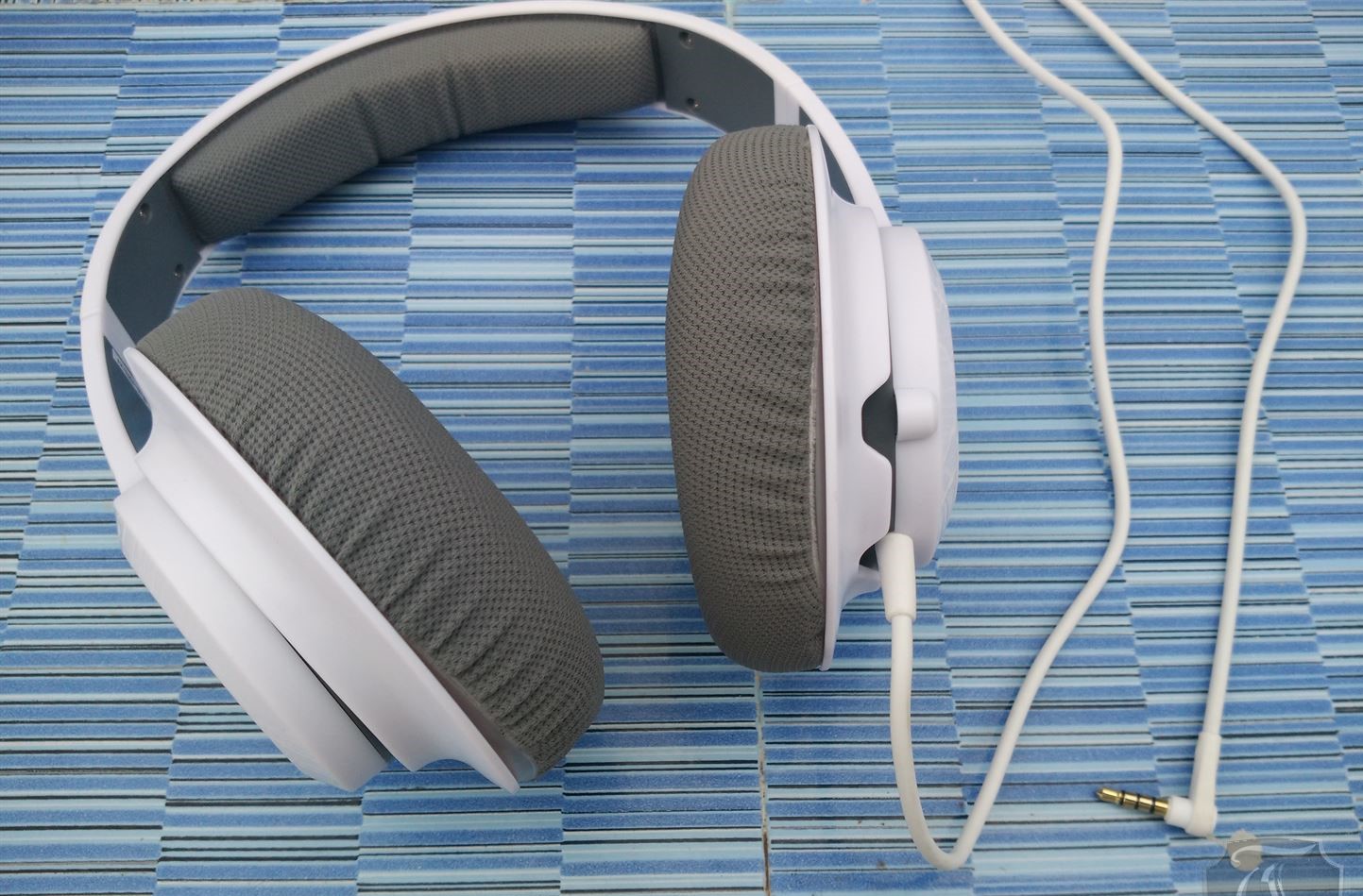 [nextpage title=”Experience”]Now lets discuss about the most important aspects of  Steelseries Siberia Raw ie. comfort and sound quality.
Comfort : I really don’t need to say much here, every Steelseries fan knows how comfortable the Siberia headsets usually are and the RAW is no exception.

The huge ear-cups come with a very soft foam padding which is very light on the ears, the headband isn’t too tight either and is pretty adjustable, the padding on it complements the ergonomics of the headset and provides good amount of comfort.

Sound quality : I was pleasantly surprised with what these were capable of, the usual Siberia v series lineup is in general a little bass heavy with less emphasis on the highs, the RAW though is more balanced and looses out a bit of sub bass in favor of better highs, which in my opinion is a perfectly welcome change.

To make it clearer, the bass on these isn’t boomy , rather its a bit punchy. Although it does lack a bit of clarity but at this price point i am willing to look over that.

The mids are just fine, i think this is the achilles heel of this headset, the mids are a bit recessed and aren’t as forward as i would have liked them to be, and i hope steelseries can retune the drivers or do something about it in the next revision.

Highs are good on these as i previously stated, they have definition and extend just enough to be detailed without being shrill or tiring to the ears. So that’s a good sign, it means gaming audio is finally maturing from being limited to overpriced boomy headsets to a sound signature which is more balanced.

Considering the above, these headsets do pretty well for music, unless the music is vocal heavy, then the performance is mediocre at best, but lows/bass and highs/treble are pretty good.

Lets not forget about the soundstage because with a stereo headset like this, soundstage is the thing which will help the user in anticipating the direction from which a sound comes from in a game. To be very frank, the soundstage on these is decent ,not very good but decent. I tried these with planetside 2, tribes ascend and some dota 2 and and the performance was decent across the games, but i was left wanting more, in short i wouldn’t  use them as my primary headset for competitive gaming, but for day to day casual online gaming, lan parties and the like these are very apt.

Talking about the mic, i have already praised this nifty little addition, but the pros aside, there is a flipside, these aren’t very clear and sometimes the receiver gets low volume levels at default settings, but these are minor nuisances in front of the kind of utility this mic provides.

[nextpage title=”Conclusion “]I personally enjoyed the headset, i didn’t quite expect this kind of performance from a low cost “gaming” headset but it surprised me in a good way 🙂

Now if you guys remember i did say including all these features did create a big issue here, the headset has an identity crisis of sorts, after experiencing it i felt its better suited to mobile use than for gaming, now that’s not necessarily a bad thing as it becomes a multi purpose device but i think the gaming aspects of it could have been better if the additional features were not included. Anyhow this is my personal view and not a generalized remark so take it as you will.

On a closing note , this headset is a pretty darn good deal at its selling price of about 2500 rupees,
The ability to use it with a mobile, the multimedia button and the omnidirectional integrated mic are some of the standout features which i really enjoyed. It is a solid headset for anyone looking to get something for gaming , music as well as office or travel use with a mobile.

Hence the Steelseries Siberia Raw gets a well deserved silver award from the Techarx team.