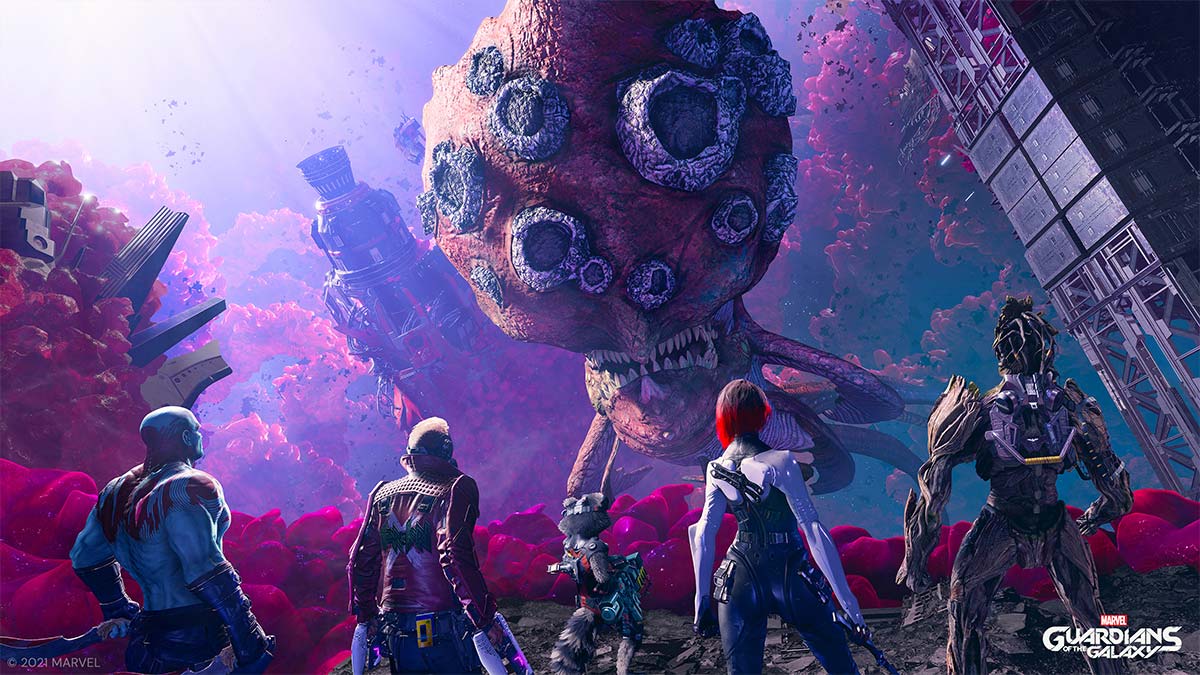 SQUARE ENIX® is kicking off the holiday season by celebrating their incredible fan base with this year’s Black Friday sales and promotions for a variety of iconic SQUARE ENIX titles, including the newly released MARVEL’S GUARDIANS OF THE GALAXY and FINAL FANTASY® VII REMAKE INTERGRADE, as well as classic mobile titles like FINAL FANTASY BRAVE EXVIUS® and DISSIDIA® FINAL FANTASY OPERA OMNIA, and much more.

MARVEL’S GUARDIANS OF THE GALAXY – Both digital Standard and Deluxe Editions of the game will be discounted 35% off in the PlayStation Store until November 29, on Steam and the Epic Games Store until December 1, and on the Microsoft Store on Xbox until December 2. Further, players in the US or Canada who purchase Marvel’s Guardians of the Galaxy will be able to enjoy one free month of Disney+ after signing up and linking their Square Enix Members account. This promotion will end on December 31.

FINAL FANTASY VII REMAKE INTERGRADE – Until November 29, players can purchase the game for up to 33% off physically and digitally at participating retailers, including the PlayStation®Store.

DISSIDIA FINAL FANTASY OPERA OMNIA – From November 25-30, players can participate in the title’s “Black Five-Day Campaign”, in which they can reap various rewards, including:

FINAL FANTASY BRAVE EXVIUS – Beginning tomorrow, players will have the opportunity to jump into a variety of exciting events and activities, including:

FINAL FANTASY X Collaboration – Through this limited-time collaboration, players can summon the beloved Summoner Yuna (NV) beginning on November 25, with Al Bhed Girl Rikku (NV) available beginning November 29. Additionally, as a Black Friday special, a free fourth summon in the Step-up Summon will be available to all players, as well as the Al Bhed Girl Rikku Step-Up Summon, which is limited to one summon loop per player.

Currency Exchange Event: Journey from Besaid – Until December 8, players can exchange any collected Journey from Besaid Certificates for event limited equipment and enhancement materials to awaken characters such as Wakka to 7★, or Star Player Tidus to Neo Vision

Black Friday Bundle – Until December 1, players can buy a special bundle that includes copious amounts of lapis, as well as two tickets that can be exchanged for units’ fragments. Additionally, players can also purchase another Black Friday special bundle called the “Black Friday 2021 NV Special Bundle” which includes 1/10 NV Summon Ticket x 10 and extra bonuses.LIFE IS STRANGE: TRUE COLORS – From now until December 4, the Standard Edition of the game will be on sale for up to 50% off at all participating retailers. Additionally, Standard and Deluxe Editions are up to 35% off and the Ultimate Edition is up to 20% off at various digital stores. The game will be on sale in the PlayStation Store until November 29, on Steam until December 1, and on the Microsoft Store on Xbox until December 2. Stadia is offering a discount on both the Standard and Deluxe Editions until December 2.

MARVEL’S AVENGERS – From now until December 4, save up to 60% off on both the physical Standard and Deluxe Editions at all participating retailers. Further, both digital editions of the game will be discounted up to 60% off in the PlayStation Store until November 29, on Steam until December 1, and on the Stadia and the Microsoft Store on Xbox until December 2. All Heroic Starter Packs on the PlayStation Store and the Microsoft Store on Xbox will be on sale during this time as well.