Over the past few years, Samsung is being consistent with the design and Software section of the smartphone department.After failing with Galaxy S5, Samsung has introduced Galaxy S6 and Galaxy S6 Edge as Samsung’s 2015 flagship with the premium design which ran successfully in the market.Last year, Samsung came up with even more improvements on design as well as on the software section which we have founded on Galaxy S7 and Galaxy S7 Edge, which being my favourite throughout the year. But, something went wrong towards the end of the year, when Samsung launched Galaxy S7 Note, which drastically failed in the market, hence forcing the company to recall all of its Note 7 devices due to overheating batteries. 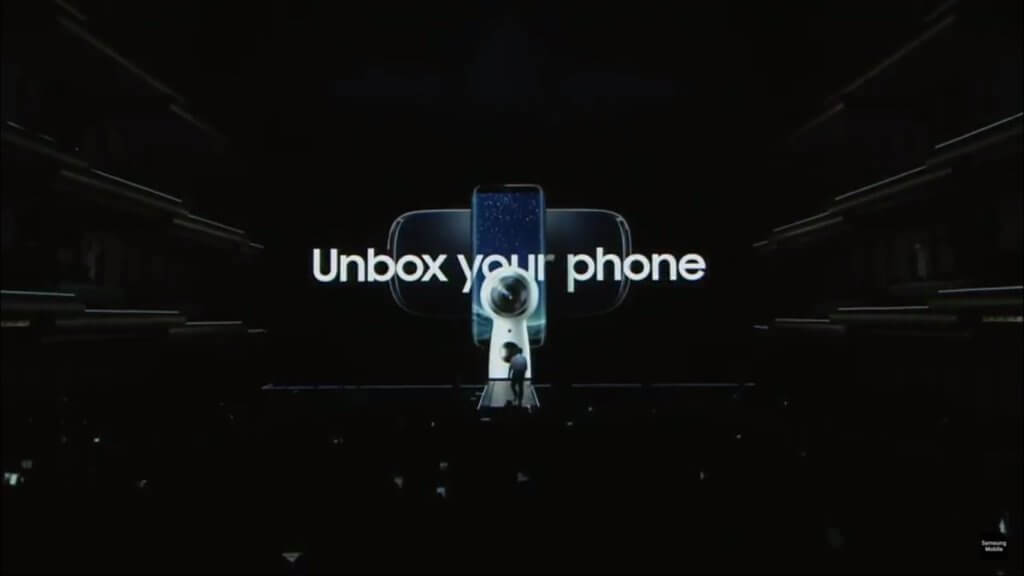 Now keeping all the facts in mind, Samsung today officially announce the launch of Galaxy S8 and Galaxy S8 + with a renewed focus on quality and design on the smartphone. we’ve got all the details. Here’s everything you need to know about the Samsung Galaxy S8 and S8 +.

Both the Galaxy S8 and S8 Plus feature curved edges on the left and right sides of the displays. Comparing with S7 Edge, the curvature of both the devices are more toned down. Samsung says both handsets provide a

Natural fit in one hand.

Barely any bezels are being noticed on the left and right sides of the device. We also notice that the top and bottom bezels have shortened down a bit. Samsung has moved away from capacitive buttons and instead included software navigation buttons on the S8 and S8 Plus.

The S8 and S8 Plus are the first Samsung phones with on-screen navigation buttons. 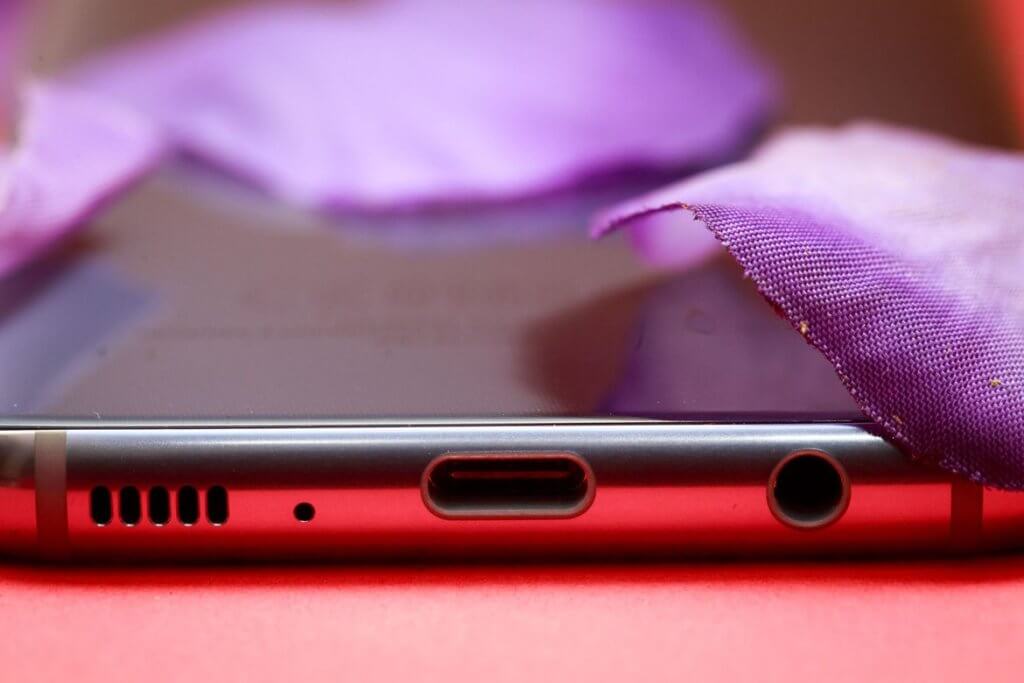 On the bottom of the display, we found on-screen back and recent apps keys.Basically, when the screen is on, these on-screen navigation buttons will work just like they do on any other Android phone; they appear when you need them, and disappear when you’re watching videos or playing games. But when the screen is off, the home button will reappear, giving users an easy way to wake the phone’s screen. On the top of the display, We found a speaker for phone calls, a front-facing camera sensor, and an iris scanner. The iris scanner first made its debut on the Galaxy Note 7 and has been vastly improved this time around. Samsung says

it’s much more accurate than before.

On the bottom of the device, the S8 and S8 Plus feature, We see a 3.5 mm headphone jack, a USB Type-C port, a microphone, as well as a single bottom-firing speaker grill. The right side of the phone has a power button, while the left side has a volume rocker and a physical Bixby key. 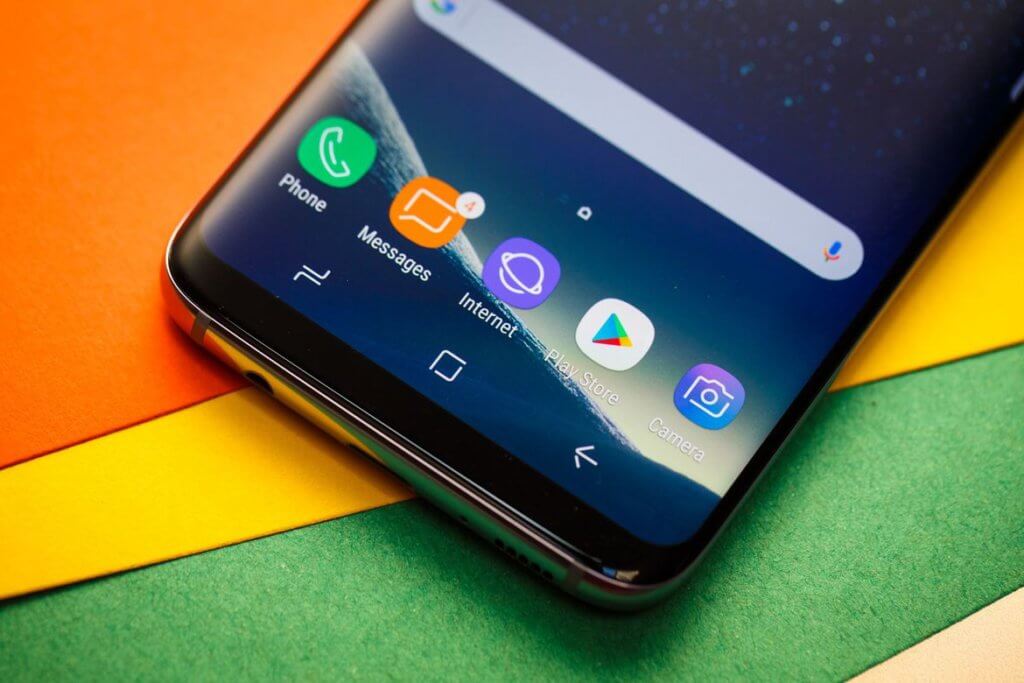 On the rear part of Galaxy S8 and Galaxy S8 + has got a slight change this year. However, they still feature a single camera sensor in the middle towards the top of the device, with the heart rate sensor sitting to the left. To the right, however, you’ll find the fingerprint sensor.Being an ODD location for a fingerprint sensor, one will definitely take some getting used to.

Like LG G6, we come to find both of the displays on these devices have a much different aspect ratio.The S8 and S8 Plus sport an 18.5:9 aspect ratio, while the G6’s screen comes with an 18:9 and most other phones have a 16:9 ratio. 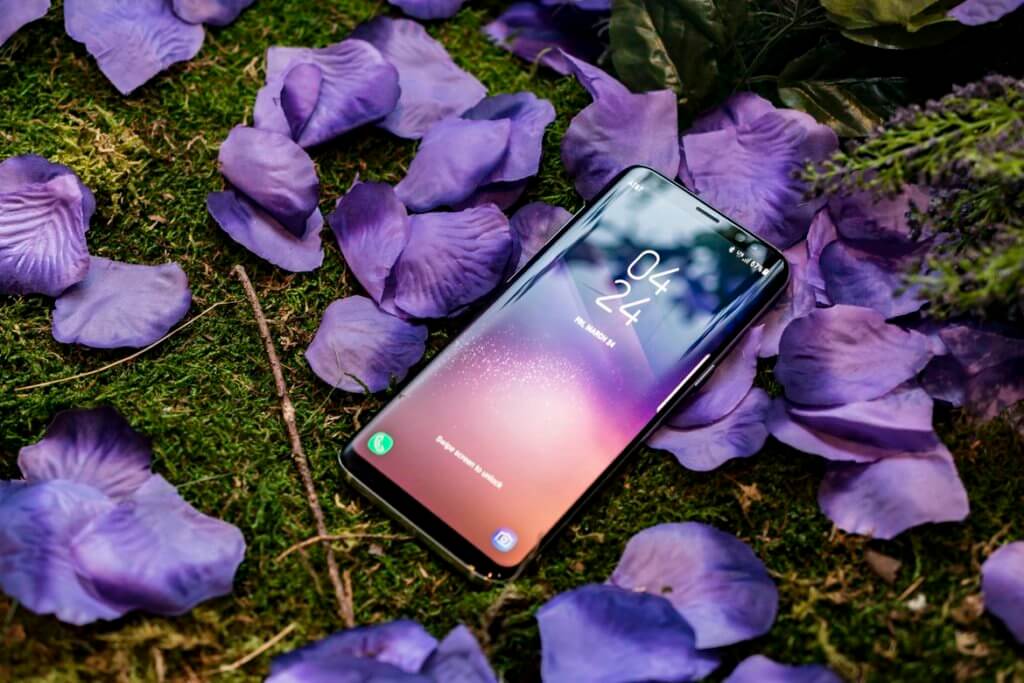 This 18.5:9 aspect ratio means the phones’ screens measure slightly over double the width of the screen. This means Samsung was able to pack a larger screen into a smaller form factor without making these phones completely unwieldy in the hand.

Samsung has also worked with the UHD Alliance on the Galaxy S8 and S8 Plus to ensure these are the world’s first “mobile HDR” smartphones.

The S8 and S8 Plus are also seeing a pretty decent upgrade in the camera department.

Both Galaxy S8 and S8 + feature 12 MP Dual Pixel main sensors with a f/1.7 aperture, while the front-facing sensors are seeing an upgrade to 8 MP.Samsung says the way both phones handle processing is the real kicker. 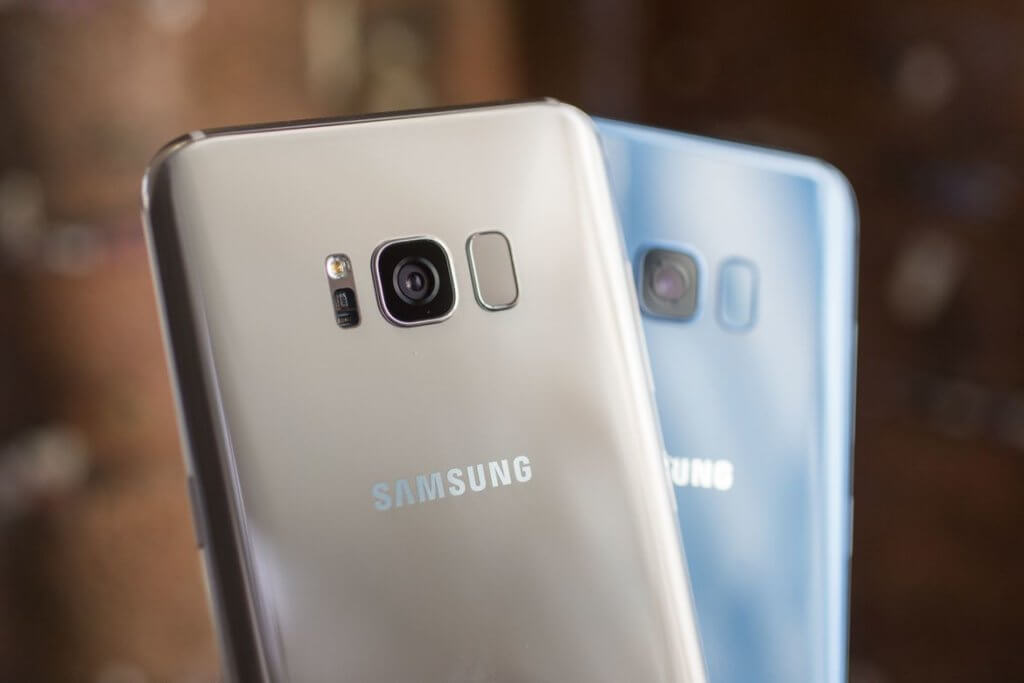 On both the front and the rear cameras, the phones will actually take three pictures at a time and use two of them to sharpen up the final image. We will come up with more information regarding this. Samsung has included a neat one-handed zoom feature in the camera apps this time around, for those who are trying to capture the moment with one hand.

Samsung Galaxy S8 and S8 Plus Under the hood Specs

Under the hood, both devices sport 4 GB of LPDDR4 RAM, 64 GB of onboard storage and microSD card support for up to 256 GB of extra storage.

Samsung hasn’t disclosed the processor that will be powering these devices, however, both will feature 64-bit octa-core chipsets on a 10 nm process. We are assuming that both of these devices will be powered by the latest  Snapdragon 835 and Exynos 8895, we will come to more details, as soon as we confirm it. 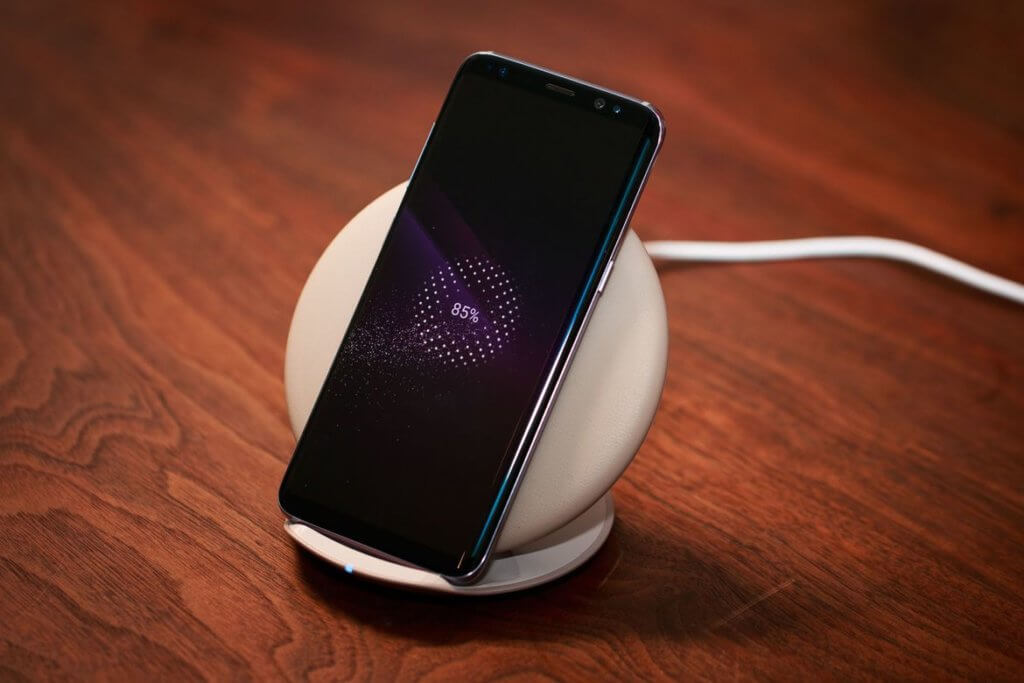 The Galaxy S8 comes with a non-removable 3,000 mAh battery, while the S8 Plus has a 3,500 mAh cell.Samsung included fast charging, Qi and PMA wireless charging support with these phones.

Both the Galaxy S8 and S8 Plus are running Android 7.0 Nougat. However, we will be not surprised if we see these two phones running the latest version of Android, 7.1 Nougat.

The additional feature includes both the S8 and S8 Plus sport an IP68 rating for dust and water resistance. This means both phones will be able to withstand being submerged in up to 1.5 meters of water for up to 30 minutes.

The S8 and S8 Plus will come in Midnight Black, Orchid Grey, and Arctic Silver. Samsung also confirmed a Coral Blue colour for the handsets.

The Galaxy S8 and S8 Plus are slated for a global release on Friday, April 21. Samsung is taking pre-orders for both devices starting Thursday, March 30 in the U.S., with most carriers offering the Galaxy S8 for $750 and the Galaxy S8 Plus for $850. 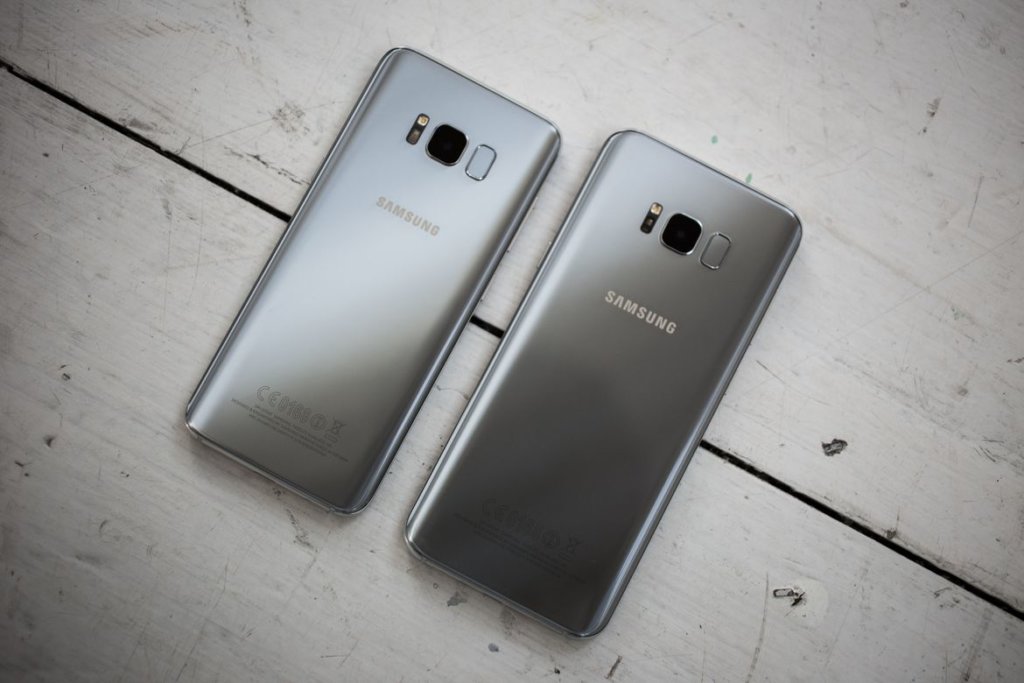 In the UK, pre-orders open today, March 29, and will run until April 19 on samsung.co/UK – pre-orders will arrive April 20 and general availability will begin on April 28 in both the UK and Europe. The S8 in the UK will cost £689 and the Galaxy S8+ will sell for £779. The UK will only get the Midnight Black and Orchid Gray with the possibility of Arctic Silver at a later date. European pricing will set you back €699/€799.

For More updates regarding the news of pricing ,keep following TechArx.

Just like Google assistant being popular AI and voice assistant, Samsung is debuting its own virtual assistant on the Galaxy S8 and S8 Plus called Bixby. Samsung actually announced Bixby over a week ago, claiming that the new assistant would stand out from competing AI-based assistants through three main factors – completeness, context awareness, and cognitive tolerance.

From the examples of Samsung about Bixby, it can recognise images in the camera app, photo gallery, and high-res web photos when using the Samsung browser. Once Bixby recognises an object, it will offer up contextual information like web and shopping results.

Bixby unfortunately won’t be on every S8 handset at launch, though, it will be available in Korea first, followed by the U.S., then Europe in the latter part of 2017.

A Microsoft Continuum-like solution for the desktop called Samsung DeX is announced officially by Samsung today.DeX is a docking station that hooks up to a display and uses the phone’s processing power for a mobile computing experience. You can also hook up a mouse and a keyboard to the dock, allowing you to have a much smoother multitasking experience. 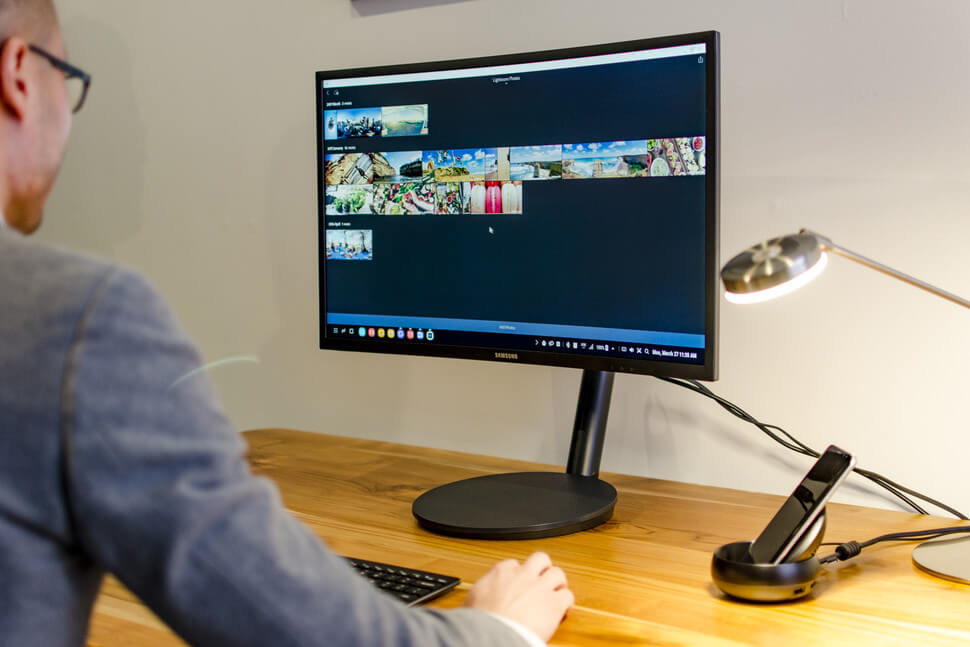 it comes with two USB 2.0 ports, one HDMI port, a USB Type-C port, and an integrated cooling fan.

The new Gear 360 allow you to capture more and better content.You can record videos in 4K – a marked improvement over the original, which did QHD. Resolution is critical for 360° panoramas as it is stretched over a much wider field of view than normal shots (usually around 75°). 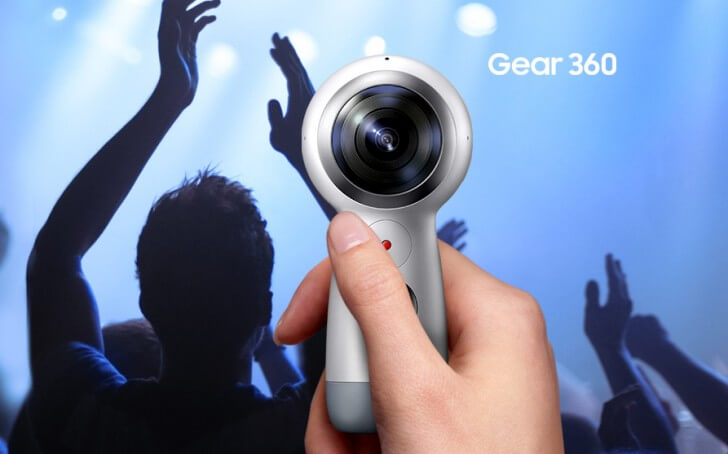 You can also live stream videos to YouTube (in 2K) so the friends who couldn’t join you on your vacation can at least be present virtually. 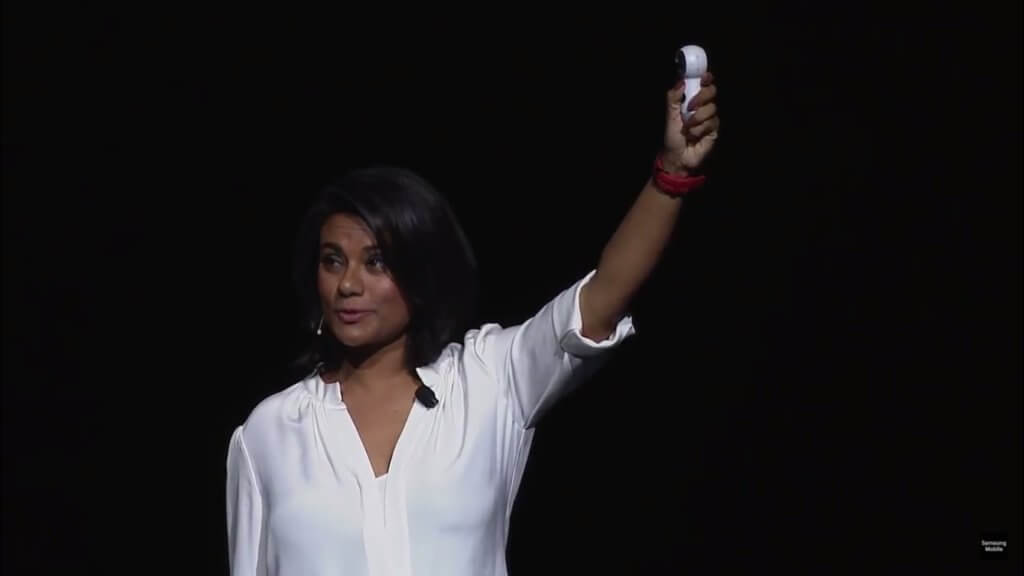 The new Gear 360 camera has a bigger built-in battery, but it can also be worked while powered externally – so go ahead and bring a battery pack for extra long shoots. The legs are gone, the camera now sits on a cylindrical base (but there’s still a regular tripod mount).