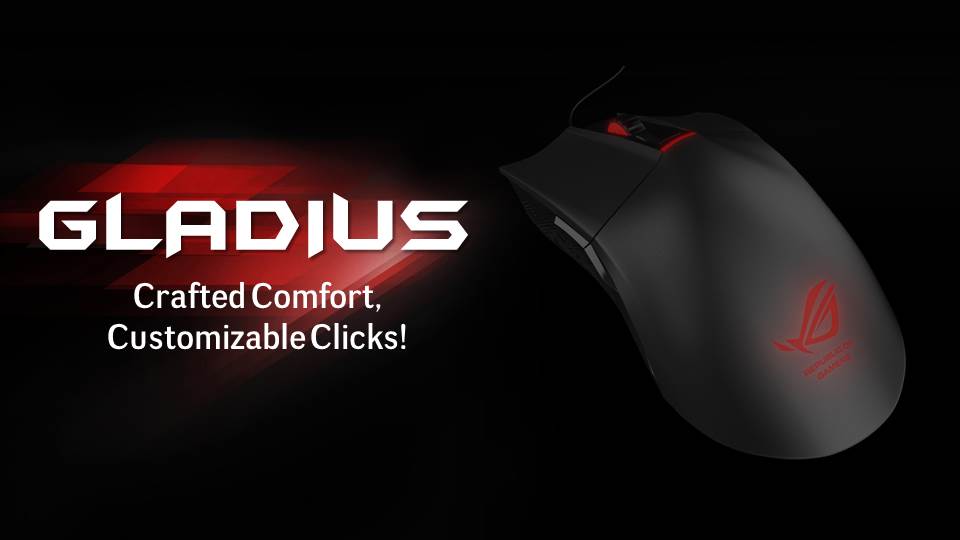 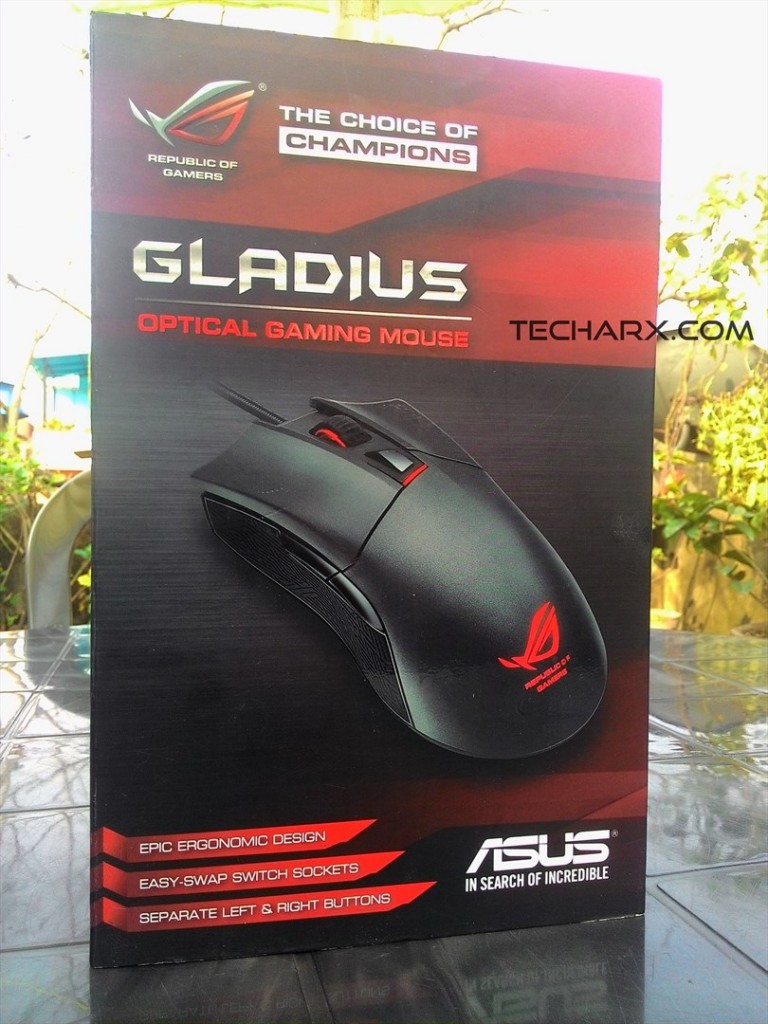 ASUS is known to be pioneers in terms of PC component and technologies. As technology has progressed ahead and spread into new areas, so have component manufacturers. ASUS RoG is a line-up from ASUS which focuses on gaming-related components. The newest addition to their range of products is the Gladius mouse. The Gladius focuses to capture the FPS player-base and it does certainly prove to be a strong contender for other mice. 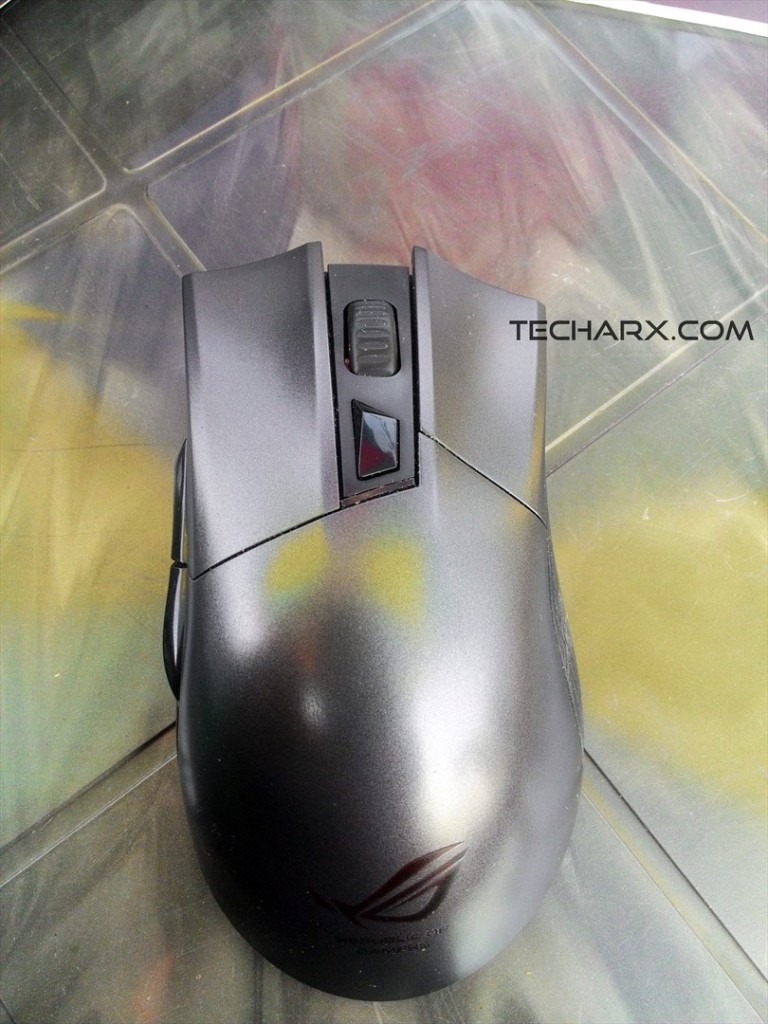 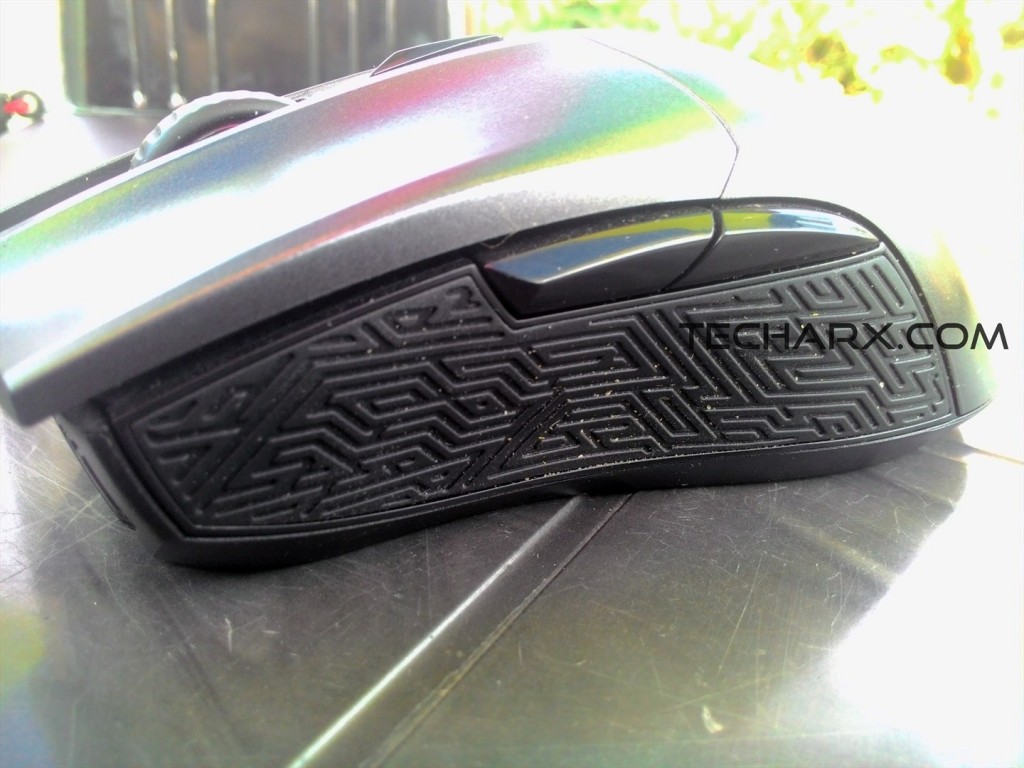 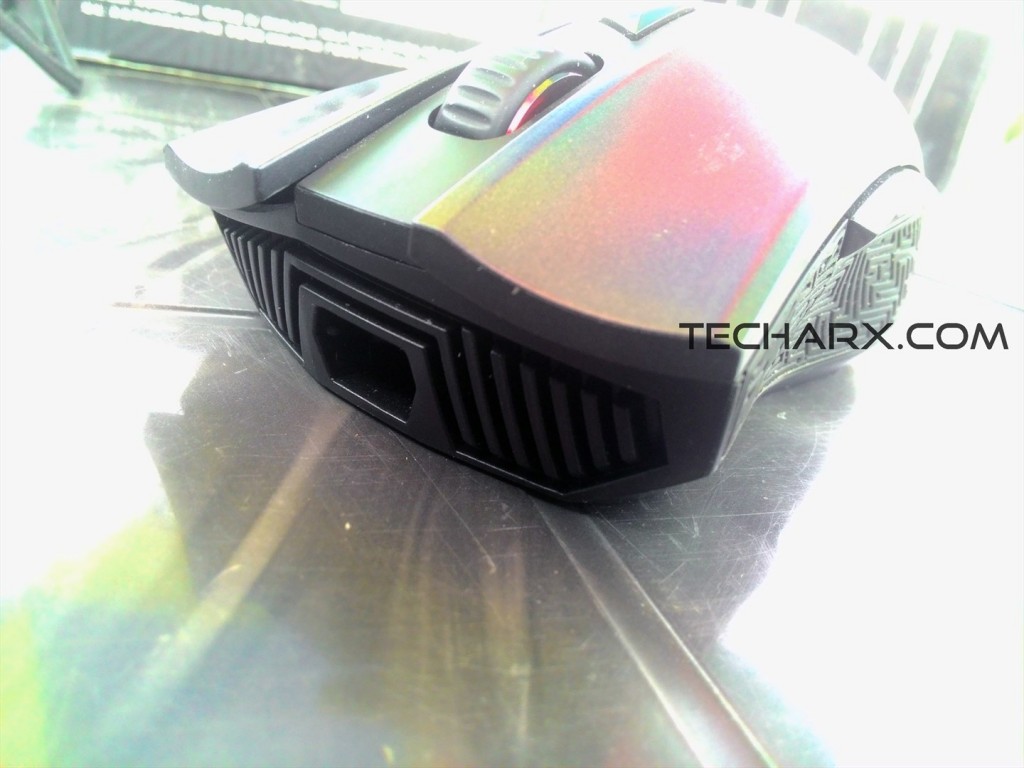 The Gladius takes up the usual mouse structure, providing a solid base and comfortable movement. It has a medium curve along it’s convex surface. It’s designed around the concept of giving the player a wide enough space to expand their palm and digits. The mouse has a considerably high elevation from base and the thumb rests quite comfortably in this space. The two sides of the mouse have greatly textured surfaces added to them for better handling. The mouse, however favors Palm grip players over Claw grip players.

The mouse has 6 keys in total. It features a Left button, a right button, a clickable scroll wheel, a button below the scroll wheel and two buttons near the thumb. The USB cable is attached to the front of the mouse through a connection port. 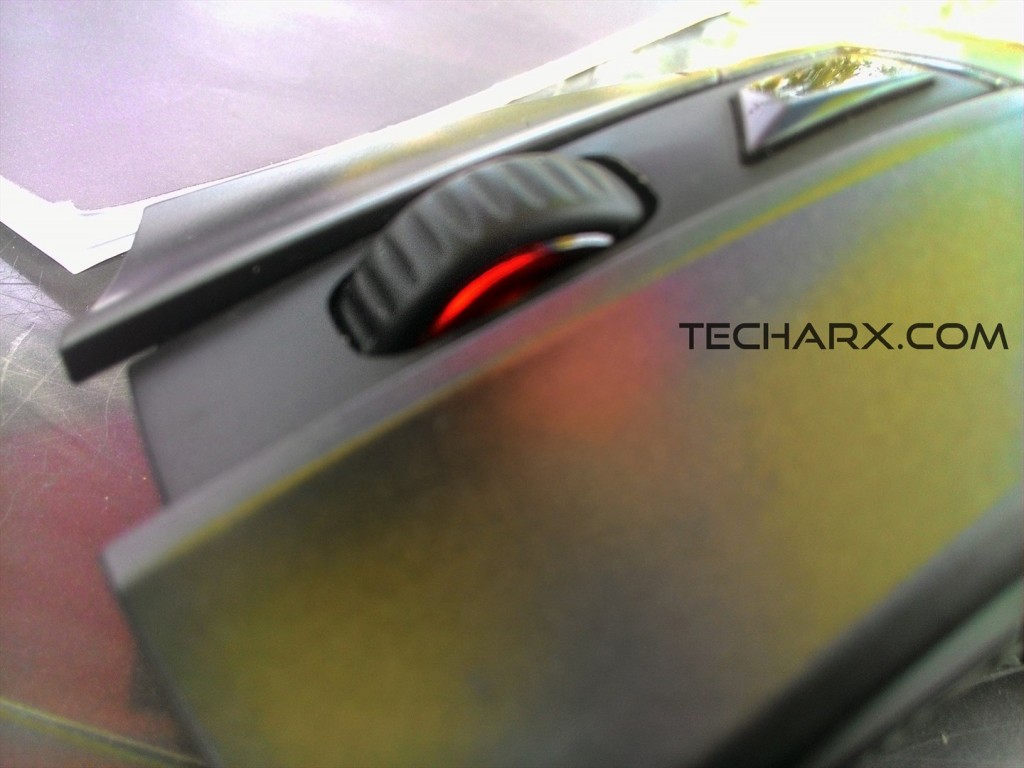 The Gladius features a Republic of Games Logo on the body, illuminated by a Red LED. The scroll wheel has a Red LED below it to illuminate it. It also has a small Red LED below the Scroll Wheel section to notify the active DPI profile.

The mouse has a customization and solution software, named RoG Armory which has to be downloaded from their website. The software is pretty clean and handy at first sight. More digging around software proved that the UI was built to be neat, efficient and easy to digest. Each key is designated individually with a drop-down box notifying what commands can be bound to them. There are options to turn on/off the lights on the mouse based on the player’s choice. There are additional advanced choices of turning up the DPI settings. However unlike other mice we see today, the Gladius can only choose between 2 presets of Low and High instead of 4 or many presets. This might prove beneficial for players who have set roles in professional matches but sometimes can be frustrating due to rapidly changing situations.

The DPI(Dots-per-inch) sensor of Gladius allows the player to set the sensitivity between 200 and 6400 DPI. This mouse features a really high polling rate. ASUS claims it to be the world’s first mouse with 2000Hz polling rate which is a staggering 0.5ms, while up until now other mice have gone up to 1000Hz or 1ms.
Users can set a test for surface quality and lift-off distance. 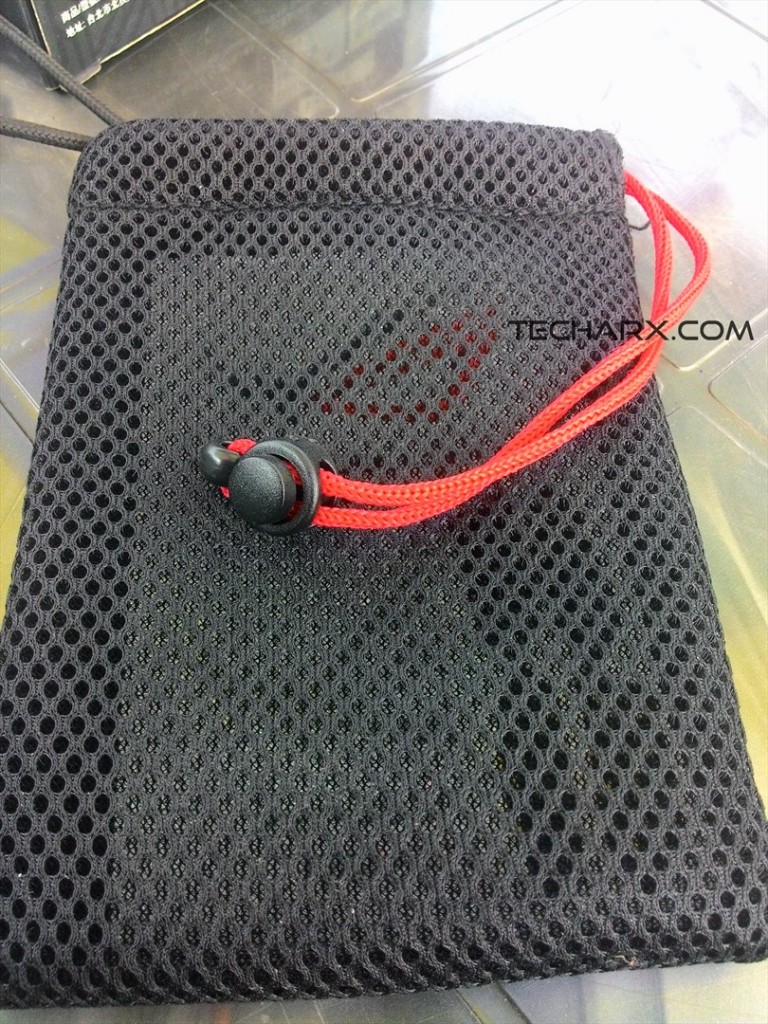 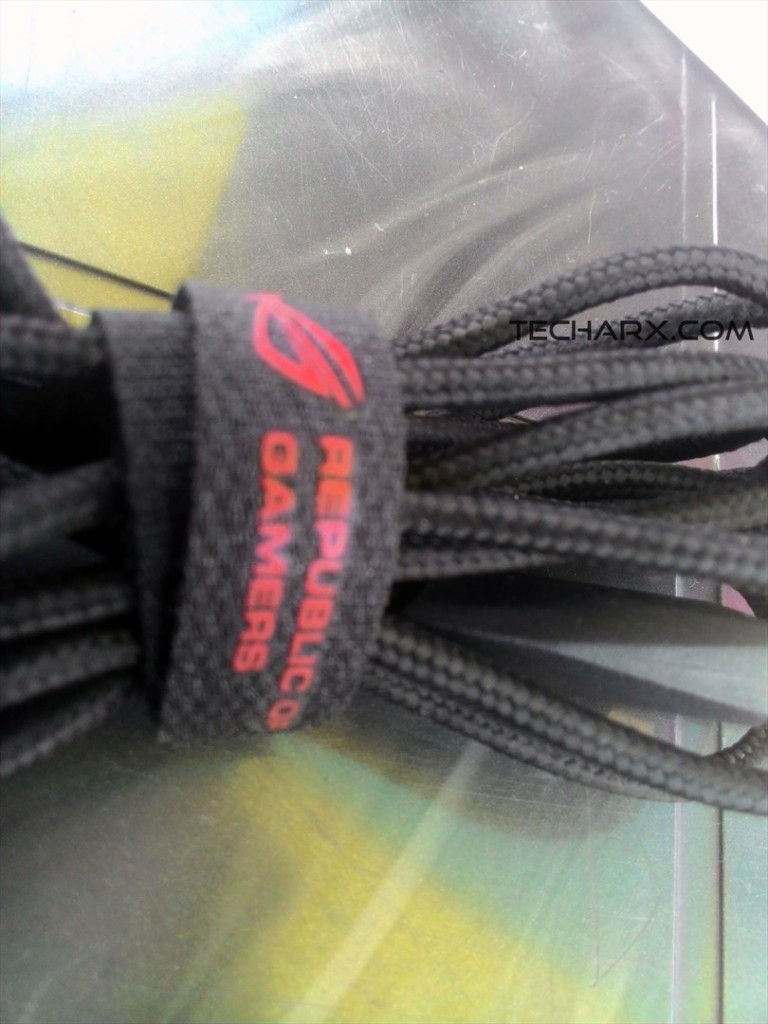 The mouse comes bundled with a travel pouch, a braided and a non-braided detachable cable for better portability, extra mouse feet and 2 extra Japanese-built Omron Switches and a ROG Sticker. 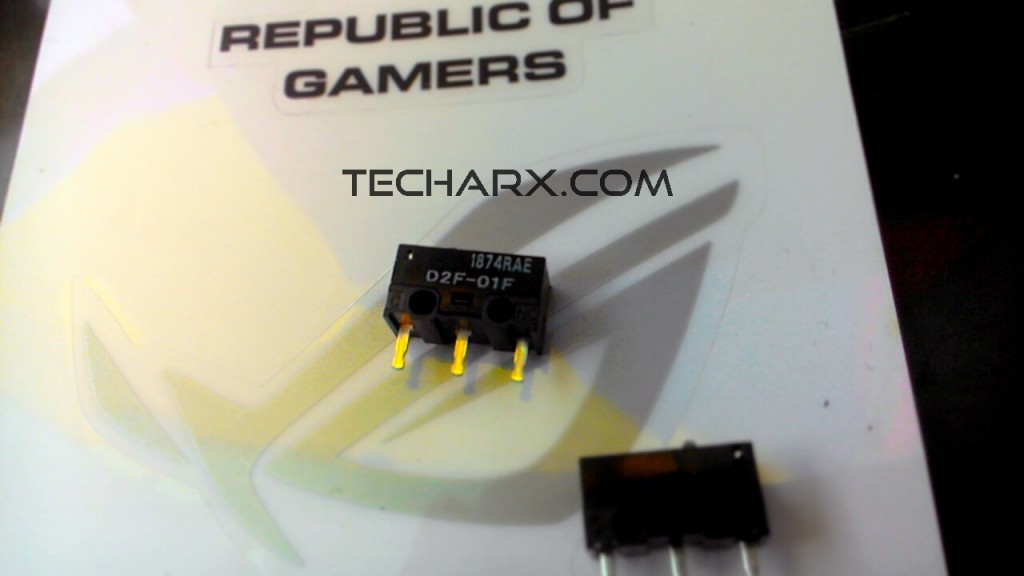 While playing this game I noticed that the mouse was very responsive to my requirements even on stock software settings. The extra keys do prove handy when switching out guns fast or bringing up the Ammo bag in Battlefield.

In Warframe the mouse proved to be an excellent choice since the mouse can cater to any sort of distance based combat. The two DPI settings proved helpful but somewhat lacking when switching out guns and combat styles on the fly but the fast pace of the game patched it up. The mouse also felt comfortable while playing extremely long endless missions which is a great news for casual and hardcore players alike.

While other mice focus on a certain aspect of the product and try to make it a selling point, ASUS RoG Gladius does what a gaming mice should do: provide the player with optimal performance. With a great ergonomic build and sturdy performance across the board and an affordable price tag makes this mouse a great addition to an FPS player’s arsenal. 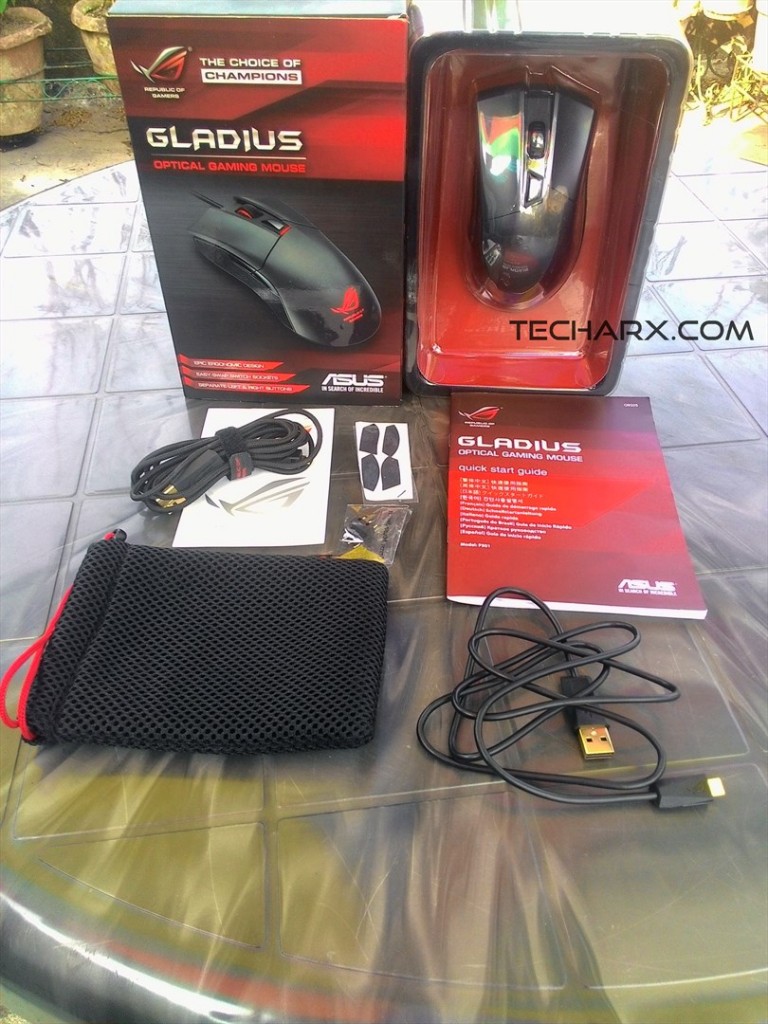