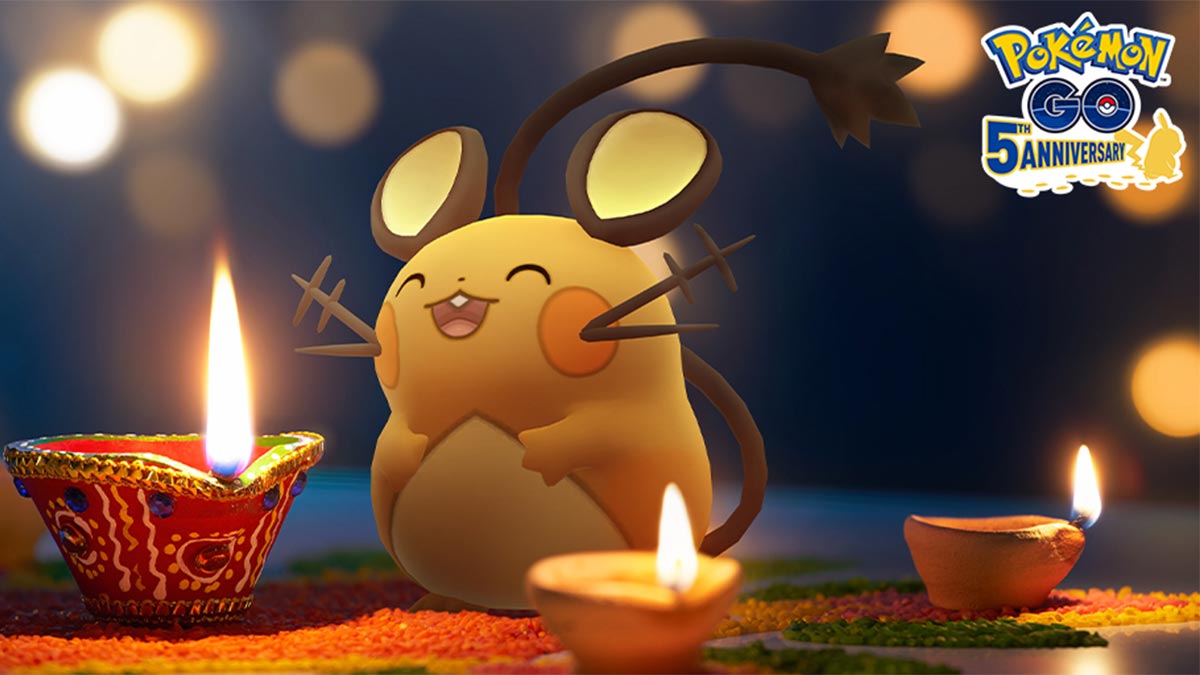 The global sensation, Pokémon GO, today announced its inaugural special event – Festival of Lights – to celebrate the spirit of Diwali. The event will go live on 5th November and conclude on 14th November 2021 – and feature the theme of Light over Darkness with multiple in-game features. This is the first ever in-game Diwali celebration, and will be made available to Pokémon GO Trainers around the world.

The Festival of Lights will feature the debut of Dedenne and a chance to encounter various Pokémon besides multiple fireworks on the map, increased rewards from friend Gifts and faster development of Friendship levels in the game during the 10 days. At the same time, there will be multiple Electric- and Fire-Type Pokémon to catch, befriend and play with. A specially designed Festival of Lights T-shirt will also appear in the Pokémon GO in-game shop during the event. The item features a stylish and colourful design inspired by Rangoli and the Diwali Season.

The Festival of Lights will offer an opportunity for Trainers to encounter a number of Fire- and Electric-type Pokémon in the wild including Pikachu, Magnemite, Slugma, Whismur, Electrike, Blitzle, Cottonee, Darumaka, Tynamo, Litwick and Fennekin among others.

Trainers will also get to take part in Raid Battles with friends as the Legendary Pokémon – Cobalion, Terrakion, and Virizion appear in Raids with the exclusive Charged Attack Sacred Sword.

In addition, Trainers in India can enjoy a special celebration on Sunday, November 7 from 4-7pm local time, with Dedenne & Blitzle appearing more frequently in the wild and 2× Catch Candy.

In the recent months Niantic has consolidated its India presence as well as registered strong growth among its Trainer community in the country. Pokémon GO recently celebrated its 5th

Anniversary, and has continued to expand its global presence with regional holidays and special events such as Día De Los Muertos and Festival of Colors.