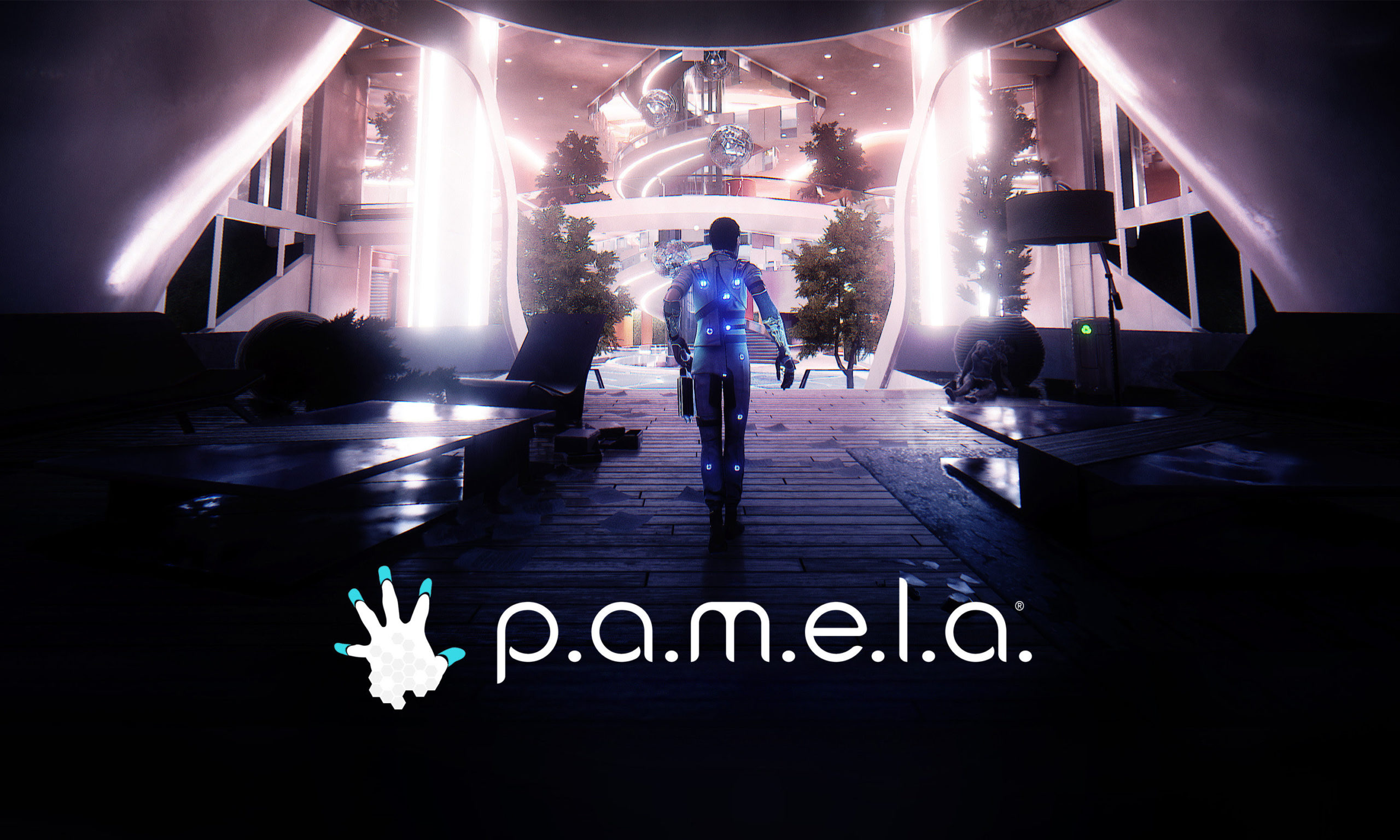 P.A.M.E.L.A. is an open-world survival horror set in the city of Eden. After a short period of utopia, the citizens of Eden are infected with a virus that turns them into violent zombie-like creatures.

You play as a citizen who is yet to be awoken from cryo sleep and therefore unaffected by the virus. Eden, once an island facility that had the highest standards of luxury and technological advancements has gone to hell. Where there was once peace and tranquility, there is now only death and mystery. Power is failing, supplies are dangerously low, and the halls are habited by the afflicted humans. Aided by the sentient AI P.A.M.E.L.A., you must figure out what went wrong and try to save this city from doom.

P.A.M.E.L.A. plays out like most survival games, you take care of your basic needs such as food, water, and other supplies by scavenging. You are free to explore Eden, and the environments remind me a lot of System Shock. Worldbuilding is definitely the game’s strongest point, and you are given the freedom to do what you want with very minimal handholding. The world is littered with audio logs and the environmental storytelling helps to expand on the lore of Eden as you piece together what went wrong.

Combat on the other hand is very sluggish and uninspiring. For starters, combat feels very sluggish and glitchy, I constantly clipped through enemies and more than once the enemy would glitch and stop attacking me. The UI also tended to freeze when using the controller, but I did not face this issue with a mouse and keyboard. The gameplay loop also can turn a bit monotonous if you don’t go out of your way to make things interesting. Thankfully there’s quite a handful of weapons available so you can mix and match your combat styles if you get bored killing the infected with just one type of weapon.

P.A.M.E.L.A has a lot of subsystems under the staple systems that you can expect from a survival game and it can get quite confusing for someone who is new to the genre, as there is very little handholding here. The faction system adds an element of unpredictability and you can use them to your advantage to overcome hordes of the afflicted. But some of these NPC factions can also turn against you, such as droids that can catch you for stealing or breaking into restricted places. It’s important to leverage the dynamic nature of these NPC factions if you don’t want to turn things too hard for yourself. Bio augments also let you enhance your skills to gain an advantage. Even if you do die, your consciousness will be transported to another body and you can try to recover your items, similar to soullike games.

Something else that P.A.M.E.L.A does really well is the presentation. From the UI to the overall atmosphere of the game, everything feels slick and stylish. The game is also gorgeous and looks really pretty in maxed out. Unfortunately, things suffer on the technical front as well, as the game is very poorly optimized and I faced dips on my pretty high-end system(Ryzen 2600,1070,16GB RAM). The game also crashed twice while I was trying to save my settings and I’ve as of yet been unable to enable V-Sync from the settings and had to force it from the Nvidia panel.