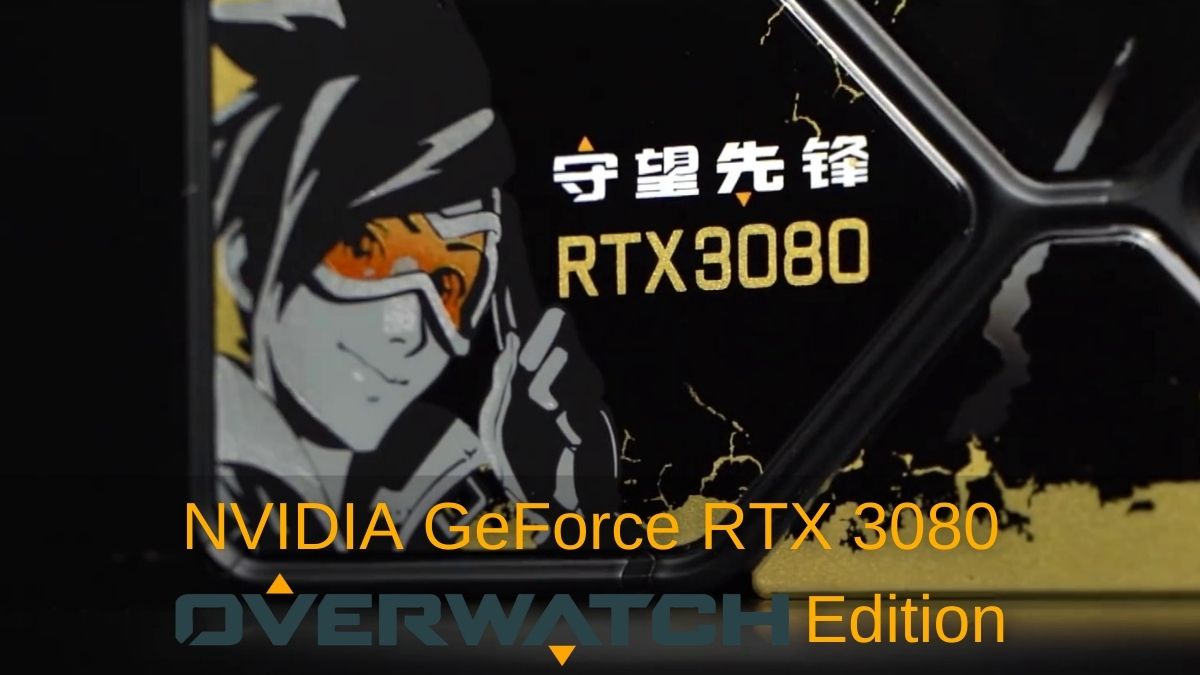 NVIDIA has made a custom RTX 3080 Overwatch Edition Graphics Card, it's been covered in a golden accent with a monochrome Tracer art on back.

Modding your graphics card just to customize it cosmetically is a bit rare and a niche hobby. The general consumers won’t try painting over ultra-expensive and very rare hardware just to end up with a voided warranty. So we always just don’t see such custom work being done. NVIDIA themselves however is surely an exception as they have come with a Geforce RTX 3080 Overwatch Edition recently.

NVIDIA GeForce China has commissioned a custom GeForce RTX 3080 Founders Edition Graphics Card based on the popular eSports title – Overwatch. The graphics card has been covered in a golden accent. There is an Overwatch logo on the center of the fan and on the backplate with the Overwatch text logo on the sides. The backplate also has beautiful monochrome artwork of Tracer – an iconic character from the game, the googles retain their orange accent to add up to the color accent of the overall design.

This is not the first Founders Edition which was customized by NVIDIA themselves. A few months ago, NVIDIA China also was giving away a custom RTX 3080 with Cyberpunk 2077 theme. Both cards were designed by modders from the GeForce Garage program.

It is good to see a custom painted graphics card from NVIDIA since the custom RTX 3080 Cyberpunk 2077 edition. Both of these cards were crafted by the skilled modders from NVIDIAs GeForce Garage program.