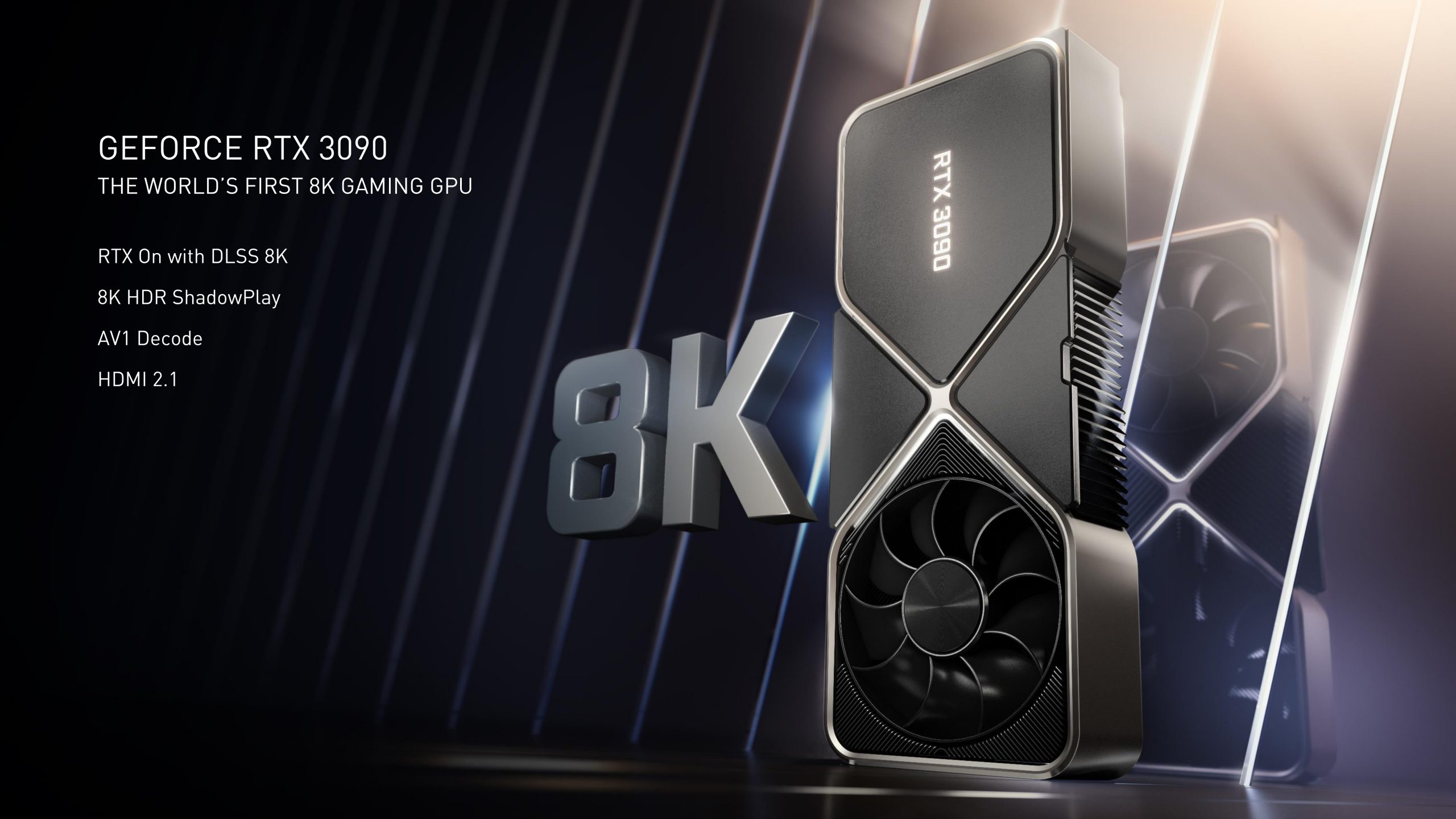 Its been 21 years since Nvidia launched, what they claim , to be the world’s first GPU the GeForce 256. It brought in for the company atleast, one of it’s most profitable branding and for Gamers a sense of pride that he/she is part of the ‘GeForce Family’. 2 years ago Nvidia in their Siggraph keynote ‘reinvented’ computer graphics with the launch of Turing and now finally after 2 whole years we see Ampere based RTX 3000 make its way into Gaming GPU’s to not only return pretty much to where it was performance / rupee (roughly ) back in its Pascal days but also evolve all the technologies it pushed forward with RTX 20.

So lets talk price , while the 3090, which Jensen claimed is a Titan series replacement, is priced at an eye watering 1.52 lakh, its slightly cut down version which will replace the flagship 2080Ti is only 71,000 . Its a far cry from the 1.30 lakh people had to shell out for a 2080Ti and is touted to be atleast 40% faster at 4k. The more enticing card is the 3070, which like the 1070 and the 2070 Super before it returns performance figures of the outgoing flagship at a much affordable price. However even though, the gen on gen pricing in the US has not increased, here prices have increased about 6 to 7k . Still leaks suggested a much worse pricing and i am sure the looming threat of both the Xbox Series X and RDNA 2 GPUs from AMD forced Nvidia to considering pricing very seriously.

At the current moment Nvidia have not disclosed it’s Ampere white paper and I am going off of the info Nvidia has shared on it’s website and what Ryan Smith over at Anandtech has revealed in his article.

Nvidia claim they have worked with Samsung to implement a custom 8nm node for it’s gaming Ampere line of GPUs. This is a departure from TSMC’s 7nm node they used for the GA 100. We only have limited information about this process – mostly because it hasn’t been used too many places – but at a high level it’s Samsung’s densest traditional, non-EUV process, derived from their earlier 10nm process. With rumored higher yields and lower costs, Nvidia with their custom hardware and massive GPUs needed this process to make a profitable lineup in this economically uncertain era.

So the doubling of cores may not be a mathematical double but rather 2 times more power powerful CUDA cores and hence Nvidia claiming this massive Cuda numbers. This fact will become clear once we get the white paper in our hands on September 17th.

NVIDIA made real-time videogame ray tracing a reality with the invention of Ray Tracing Cores, dedicated processing cores on the GPU specifically designed to tackle performance-intensive ray tracing workloads. On GeForce RTX 3000 Series GPUs, they are introducing 2nd Generation RT Cores, which have up to 2x the throughput.

The Addition of 3rd Generation of Tensor cores hugely improves the AI functionality of the cards and makes DLSS a lot more performant, to the point that a 3090 can drive games at 60 fps and 8k with DLSS Quality mode.

Right out of the gate, Nvidia are flashing their move to PCIe Gen 4 for better I/O latency. While in most cases even a 2080Ti has no bottlenecks on a PCIe x 16 but some cases have started creeping up where even the PCI e 3 limited RTX 2080Ti showing some frame improvements going to PCIe 4.0 system powered by Ryzen 3000. The Lowly ( by 3080/3090 standards ) 5700XT also shows this phenomena at 4k. It’s no surprise Ampere moved to Pcie 4, with upto 50% more performance it can become a very big factor.

While the 220 Watt 3070 FE card uses a somewhat familiar dual fan design, the 3080 and especially the 3090 are beef cakes. Both these GPUs have an unique V shaped PCB and a alternate facing fan for cooling. Both these cards come with a vapor chamber design and Nvidia claimes upto 30c less on the core with this new cooler design.

Nvidia claims it’s using the world’s fastest graphics memory in the form of Gddr6 X and while it is technically true , its also false. HBM 2 exists and can offer better bandwidth for less power. However its very expensive and not feasible on 1 lakh 50 thousand card apparently.

Other Features and Technologies:

With the reveal of the RTX 3000 series, Nvidia has corrected many of issues the Tech press had found with the RTX 20 series. The return to much better pricing, especially in the high end and a true generational leap means that existing Maxwell, Pascal and some FPS junkie Turing owners will have a compelling Upgrade to look forward to. However, AMD is also looking very promising and buyers around Diwali and Christmas will have 2 very compelling options when both graphics vendors.