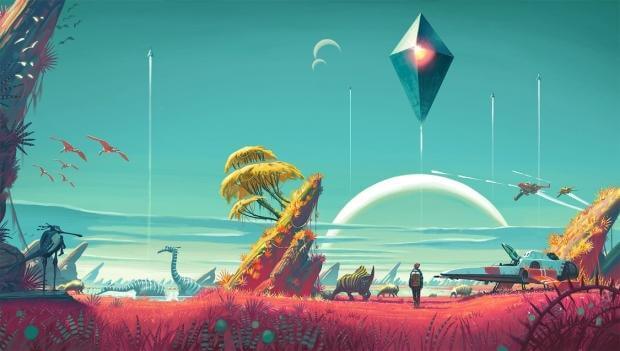 Despite being the biggest releases on Steam this year, No Man’s Sky players seem to have lost interest in it rather quickly.  Perhaps due to unnecessary hype.

No Man’s Sky was first announced 3 years back as an expansive space-exploration game. You could explore actual sized planets as much as you want, but it seems that want has diminished now. One of major factors could be the game’s lack of features, such as base building, lack of multiplayer or limited crafting options. In the week of launch, No Man’s Sky playerbase reached a peak of 212,000 players on Steam alone. This peak resulted in being the biggest launch of this year. Yet only after a week, the No Man’s Sky playerbase dipped by 78%, from 212,000 players to around 47,000.

This may also affect future sales as player feedback indicates the game is quite shallow for a $60 game. But developers have deployed several patches to improve the game, but we doubt it’ll increase the amount of players in short time.

In my opinion, developer Hello Games must provide greater amount of content to keep the players busy. Sure they are providing improvement patches as of now, but they need to give free content updates as well, which shouldn’t be difficult for a $60 game with this much success.

There are several games of No Man’s Sky’s genre the developers can take note from. A good example would be Starbound, which is also a space-exploration game. But the game is packed with features since the updates it got from it’s Early Access days. It also has a thriving community thanks to mod support. Perhaps it may be difficult to port mods into the PS4 platform, but Bethesda has already done it. With  games like Fallout 4 and the upcoming Skyrim: Remastered Edition with some flawed yet noticeable results. A game with seemingly no end, No Man’s Sky content should have similarly unlimited content to play with.