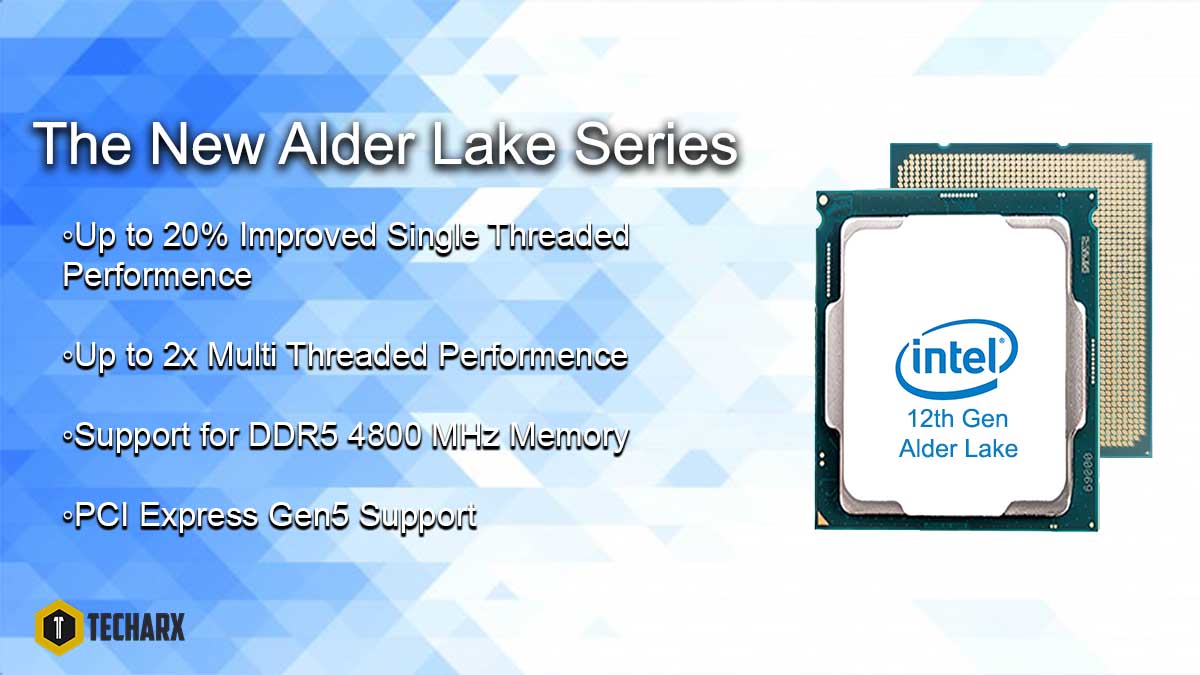 The upcoming Intel Alder Lake CPUs will offer around a 20% improved IPC and 2x performance uplift in the multi-threaded workloads.

Leaked info on the upcoming desktop and mobile series from Intel.

An official slide on upcoming Intel 12th Gen CPUs was leaked by Videocardz recently which states that the 12th Gen Alder Lake CPUs will offer around a 20% uplift in single-threaded performance with a 2x performance uplift in the multi-threaded workloads.

The CPU will feature up to 8 Golden Cove big cores and up to 8 Gracemont small cores. In addition to the improved IPC, Golden Cove cores also bring improved AI performance with enhanced security features to keep you protected, as well as improved network performance.

The Alder Lake platform will support:

Also, both DDR5 and DDR4 memory will be supported. Intel also confirms LPDDR4 and LPDDR5 support on their mobile platforms. The Alder Lake platform will have 16 PCI Gen5 lanes and 4 PCI Gen4 lanes. The Direct Media Interface (DMI) finally has been upgraded to Gen4.

The desktop CPUs will support up to dual-channel DDR5 4800Mhz memory and up to DDR4 3200MHz modules on DDR4 boards. Only the high-end Z690 chipset series motherboards will be offering support for DDR5 memory.

The 600 series motherboards will feature a new socket type called LGA1700. Both the shape of the CPU and the socket have changed with this newer generation platform.

The Alder Lake series are to arrive this year, but there are no specific details available at this moment.