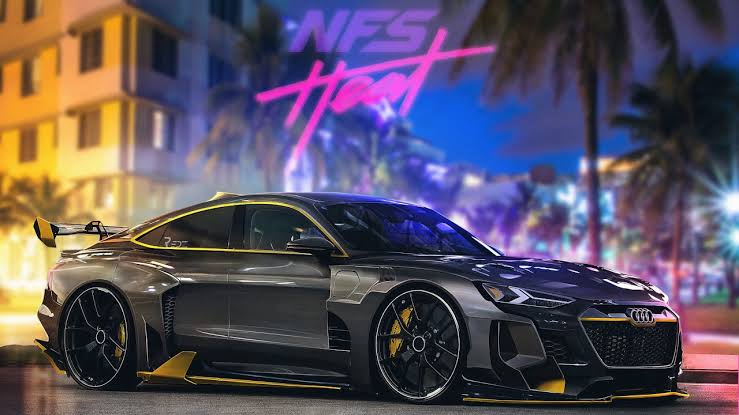 The Need for Speed series has undergone many changes over the days. But in recent years, the franchise has seen more downs than ups. Does Need For Speed Heat manage to salvage the series? Let’s find out.

Palm City, is a really well-done map, delivering a good level of variation for the scenery, and the city manages to feel like a real place, with typical Miami neons illuminating the nights and the suburban streets.

The map is filled to the brim with things to do. Billboards to smash, Flamingoes, and Street Art to collect. Something that I really liked was completing these collectibles rewards you with cars. This seems like something out of a bygone era when playing the game rewards you.

Unfortunately, the variety of races isn’t one of the game’s qualities and certain modes are locked to the time of day. Which doesn’t make sense, why would sprint races not be available in the day? And where did drag racing go?

There are also 0 microtransactions, you unlock everything by grinding. Nothing is locked behind paywalls and everything is bought as you see. No loot boxes here. So people coming from Payback can breathe easy.

The difficulty curve is well achieved, with an AI that does not cheat and the police can be a satisfying challenge. One of my biggest complaints about Need For Speed 2015 was the AI, it constantly cheated and rubberbanded its way to the front. That’s not the case here, sure the AI is still aggressive and drives a bit too perfect but it mostly manages to be competitive and not annoying.

Need For Speed Heat comes with 127 cars, that are fully customizable. The car list may not be huge compared to some of its competitors but its the biggest for the franchise. And it’s quite varied too, from American muscle cars to Japanese tuners, even the Ferraris make a return.

Driving the cars here is a lot more fun than I had in Payback. The mechanics are still on the arcade side but giving you a better feeling of being in control.

You have total control over how your car looks and performs. You also get to change your in-game avatar, equipping them with different clothing and hairstyles.

From more powerful engines to tires, brakes, drivetrain and new paint jobs, everything can be changed.

THE NEED FOR SPEED

The most important part of any racing game is the feeling of speed. And Heat delivers well in this department. Cars have a weight to them, and high speeds give off a feeling of momentum. And to make sure that you don’t lose that rush of adrenaline, Ghost games have made most of the objects destructible.

This means that even though you might slow down a bit, you won’t be stopping dead in the tracks when you go through a palm tree that had the unfortunate luck of being in your road to the finishing line.

The game bets heavily on drifts, with the technique of skidding around corners being an almost fundamental part of the gameplay.  The odd thing is that to keep up with the theme of speed, you don’t even have to brake to drift, you just let go of the accelarator for a second before pumping the gas again.

TWO SIDES OF THE COIN

Need For Speed Heat radically changes the day/night cycle. In the day you play sanctioned street-legal races for money. Money is, of course, important and you need to do buy upgrades and cars. But at night, the whole scenario changes. You take part in high stake sprint races with the threat of cops. And this time, the cops aren’t playing by the rules.

Let me just say, the thrill of cop chases are back from the days of the original Most Wanted. The Palm City Police Department will go all out to arrest you at higher levels by employing superior tactics as well as faster cars that can keep up with your exotics.

You are encouraged to play dangerously, as you accumulate heat. The more heat levels you have, the bigger the multiplier for your Rep. Reputation points are used to unlock the upgrades and cars for you to buy with. So if you have a lot of rep it might be worthwhile to increase your heat level, but getting busted will mean losing cash and all that hard-earned reputation.

By implementing two separate economies Ghost Games encourage you to participate in both day and night races, as both progressions are vitally important. It’s also during the day when most of the missions take place, as well as the off-road races.

I know games need a story to bring a sense of structure to them but Need For Speed games really, really suck when it comes to this department.

Heat manages to lose some of the cringe dialogues and forced acting but it’s still a boring and drab affair. 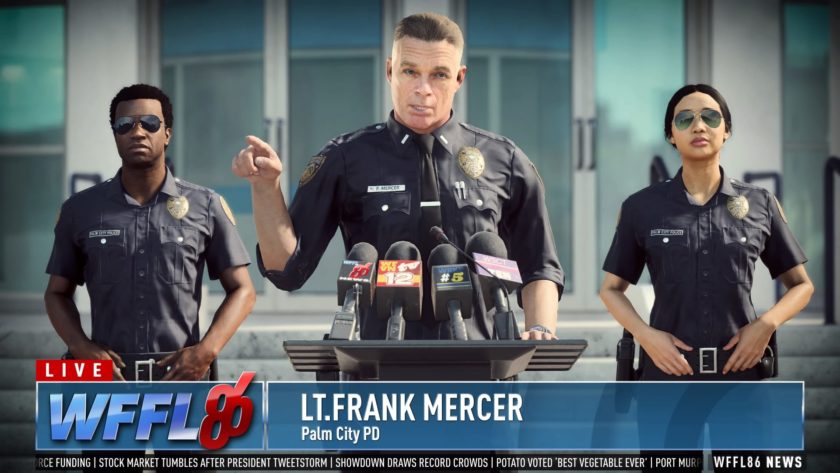 Need For Speed Heat takes place in Palm City, a fictional version of Miami. As is the tradition in Need For Speed games, you are a newcomer who has just come to town and will need to make his name by winning events.

It’s your typical bad cops cool racers story that’s been overdone to death. Your nemesis is a rogue task led by the ever so charming Lt. Mercer.

Still, I would say this is a serviceable affair and a mostly enjoyable B film style experience. Because Need For Speed was never about the story. I’d just wish they gave it a bit more effort.

Need For Speed games have always been good looking, and heat is no different.

Cars are well designed, with attention to small details. Streets are well lit and neon-soaked lights give way to the countryside. Like I already said, the map is really well designed and varied.

Characters are also well animated, the main cast anyway. Generic NPCs, on the other hand, can be, well, generic.

The fascination that Ghost Games people seem to have for the rain returns. The effect is very well represented in Need for Speed Heat and they waste no chance showing it off.

THE KING IS BACK

Need For Speed Heat is the best entry in the recent history of the franchise and a great racing game overall. Street racing has always been synonymous with Need For Speed brand, and Heat takes it to the next level with its night mode, and fantastic adrenaline-pumping gameplay.