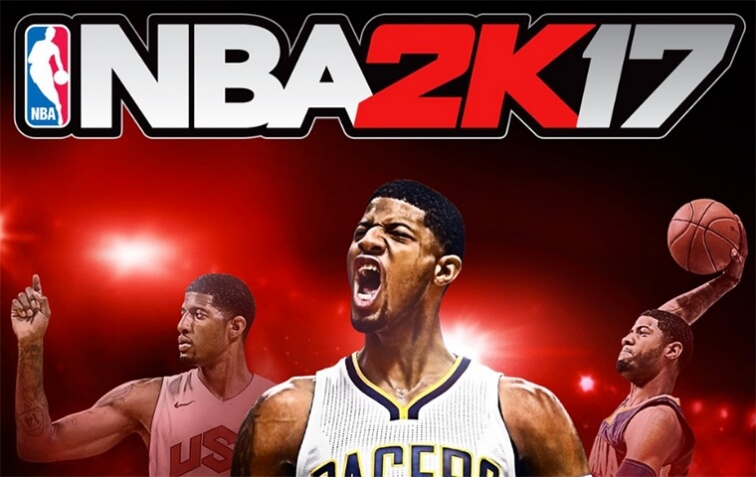 Making a sports game is no walk in the park. Making fans of the sport happy as well as providing a fun and immersive experience is no easy feat. So does NBA 2k17 deliver or does it ribble towards the hoop and drop the ball, and end up sitting on the loser’s end ?

The key to any good sports game is the gameplay and it’s something the NBA 2K series keeps getting better. 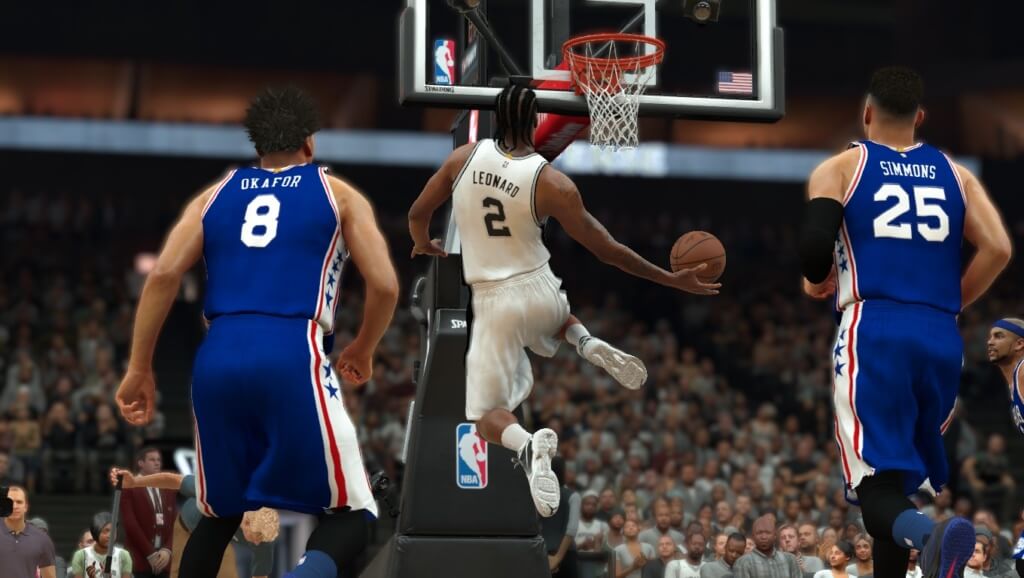 The biggest change comes in the form of a mix of reality and gaming. In the previous 2K games, when your player would be low on energy, his attributes would suffer and he would have to be subbed out of the game. If you watch basketball, you know that this isn’t how professional athletes work. While they do need to rest, their training often allows them to play  just as well in the closing minutes of the game as they do at the beginning.
To replicate this, NBA 2K17 no longer allows for a long-term energy reserve and instead refocuses on short-term maximum energy use. What this means is that you can no longer sprint constantly, which is realistic as no NBA player sprints the length of the court five times in a row.

NBA always has delivered when it comes to game modes.
MyCareer is far one of the best game modes to see. It is fully packed with cinematic story mode with upgrades. Michael B. Jordan has been added to the game as your duo and will be also known as Young Justice. In the game, you will be able to switch and direct control to both player.

In MyLeague, you can customize your game and the number of games per season. It works the same as the previous series.

Next is MyGM, this game is pretty much the same. You will be the General Manager for your team handling the work of trading picks and the likes.

Last Game mode to check is the MyPark which ditches the NBA style for a game of street basketball, These matches take place in street locales like a steel mill and Pro-Am, which is an extensive online mode featuring leader boards. There are also five-on-five matches and customizable squads that can be pitted against each other.
Micro transactions appear with NBA 2k17 in-game currency, which can be bought for real world money and in turn, is used for leveling up in-game but these are entirely optional.
The controls are smooth and responsive, with impressive ball physics and animations that convey a sense of weight with every move.

Visually, this is the best looking game in the franchise yet. It’s really difficult to recreate real humans in video games, but NBA 2K seems to get closer with each passing year with detailed character models, smooth animations that flow in and out of each other, and attention to detail when it to comes to the arenas. 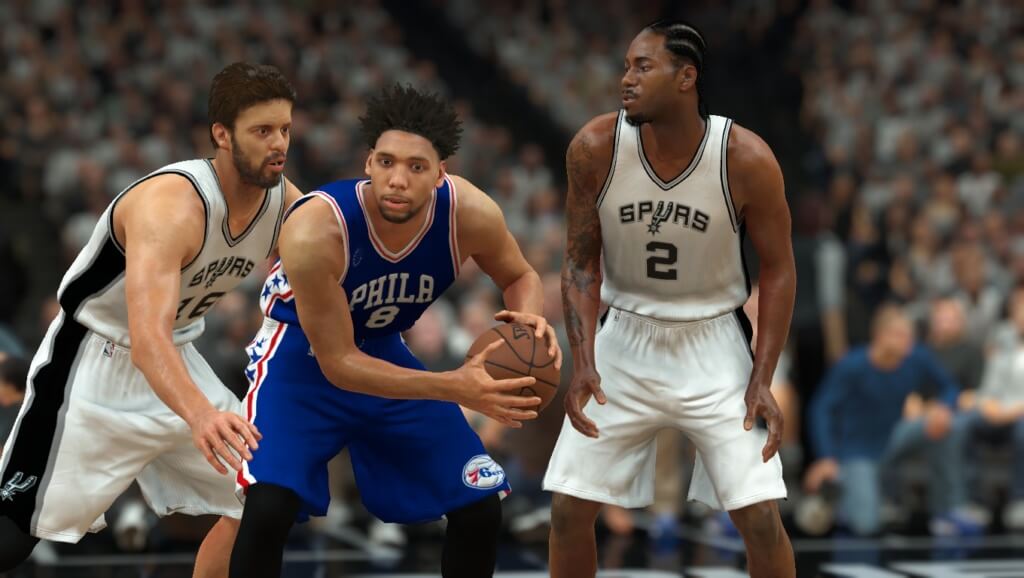 All players look like their real-life counterparts with nearly every detail of the player included, the high level of accuracy when it comes to player models is something only the 2k series can achieve. The courts are perfect with gorgeous lighting and reflections, the team kits are absolutely perfect and accurate and the stadiums and crowds add to what is a tremendous atmosphere that immerses the player in any match played and it is aided by the excellent presenter’s panel that is in the game with the likes of David Aldridge joining the team and reporting on the match taking place. Pre-game talk shows to mid-game sideline comments and half-time reports only add to this experience. Simply put when it comes to a complete basketball experience, NBA 2K17 has it all. 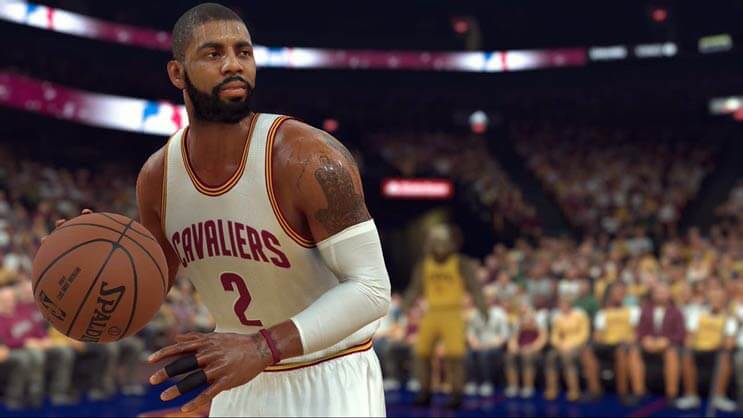 The audio presentation is spot on as well, with crowds chanting and getting involved, or disappointed, depending on how well you play on the court which really does add to the immersion. NBA 2K has also added some new recordings of the arena crowd, removing the monotony that plagued previous titles. The star commentary team narrations have also been improved, and it is more immersive with the team commenting on your play but there is still some repetition.