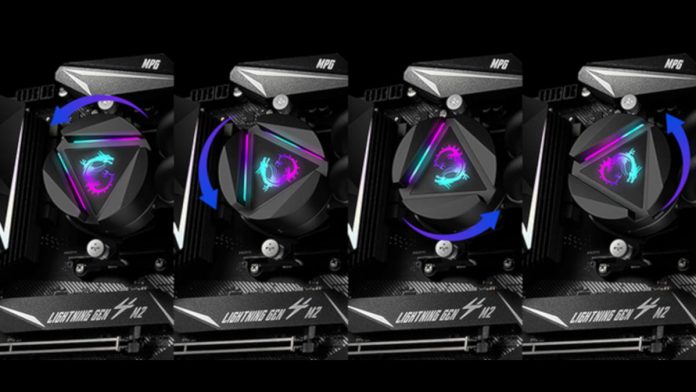 MSI announced its own series of AIO Coolers back in CES 2020. Now, they have decided its time for the world to witness the MAG CoreLiquid series of Coolers. In a press release, this morning MSI boldly asserted that it would “Drown All Opposition” with the release of the four new AiO liquid coolers.

The CoreLiquid Series doesn’t bring any design novelty to the table if we consider the basic construction of the cooler. We have the standard PUMP in Block style with a radiator design schema. “To dampen the sound of the overall assembly and reduce noise, the pump has been integrated into the radiator,” MSI revealed.

We have a standard 27mm thin radiator with decent fin density along with mesh covered plastic tubing to round out the package. The most eye-catching thing is that the CPU-mount blockhead / coldplate offers 270 degrees of mounting orientation choices. Which is a nice and innovative touch to the overall design.

Lighting wise, we have ARGB present throughout the lineup. An MPG Max iHub is included with the product series. Which according to MSI works well alongside Dragon Centre to control fan speeds with PWM adjustment and a custom fan curve on an MSI board. Its compatibility with other motherboard brands is, however, unknown at this moment. We can update when we have a sample in hand if the situation permits.