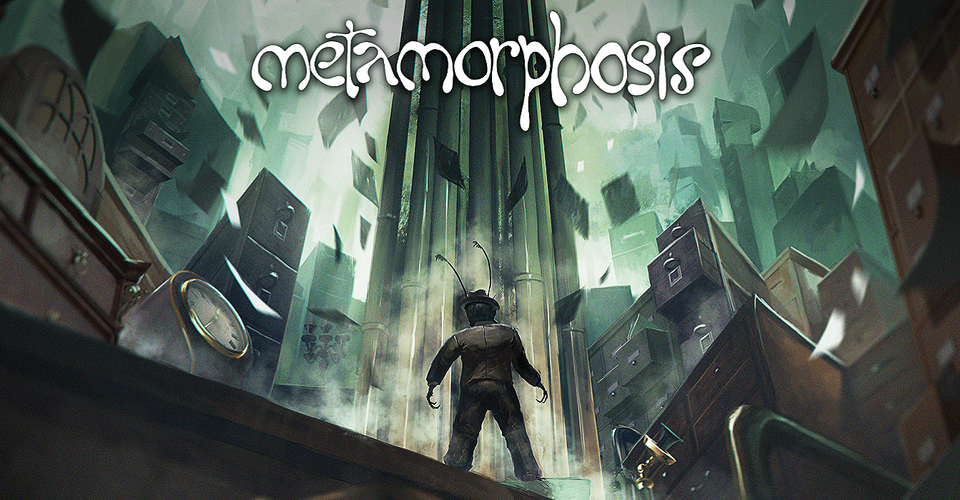 Kafka’s The Metamorphosis is one of the most widely discussed works of literature. Dealing with complex themes and outlandish ideas, it deals with the story of Gregor, a salesman who undergoes metamorphosis and becomes a huge insect.

Although games based on Kafka’s works do exist, there’s none as bizarre and surreal as Metamorphosis by All in! Games. Out now for PC, PS4, Xbox One and Nintendo Switch, you take control of Gregor Samsa as you embark on one of the craziest adventures of your life.

Metamorphosis starts off with you waking up one fine morning and setting off a chain of events that lead to you becoming a bug. Straight up from the start, the games charming but trippy visuals grab your attention and the art design oozes charm and personality.

There are two stories that run in parallel, one is of Gregor’s transformation and journey to the mysterious Tower that promises to restore humanity to the best worker. The second story follows Gregor’s friend as he gets accused of a crime that he seemingly did not commit. The second story happens mostly in the background, and you get to catch glimpses of a conversation here and there as you creep and crawl around walls and drawers.

The game world is mostly linear and has you going from point A to B with the occasional obstacles that require you to do some platforming. The world does open up on some levels but it doesn’t become an open world by any standard. Often you will run into other bug citizens such as yourself. All of these characters have unique personalities and the world feels alive thanks to the excellent worldbuilding.

Most puzzles are simple and require you to parkour around walls and other objects such as books or jars or even a table. Because of Gregor’s small size, there’s plenty of innovative environmental puzzles present in the game that allow you to employ clever and innovative ways in order to solve them. Simple and mundane things such as pressing a hidden button, finding documents, become an adventure due to the absolutely gigantic size of everything around you.

The game takes entirely in first person and is suited to the kind of gameplay that Metamorphosis presents. Because you get to see everything up close, you can really appreciate the charming American McGlee-ish world that the developers have created.

The game runs smoothly on the PS4, but I did experience some crashes here and there. I hope that these occasional crashes get fixed with a future update.