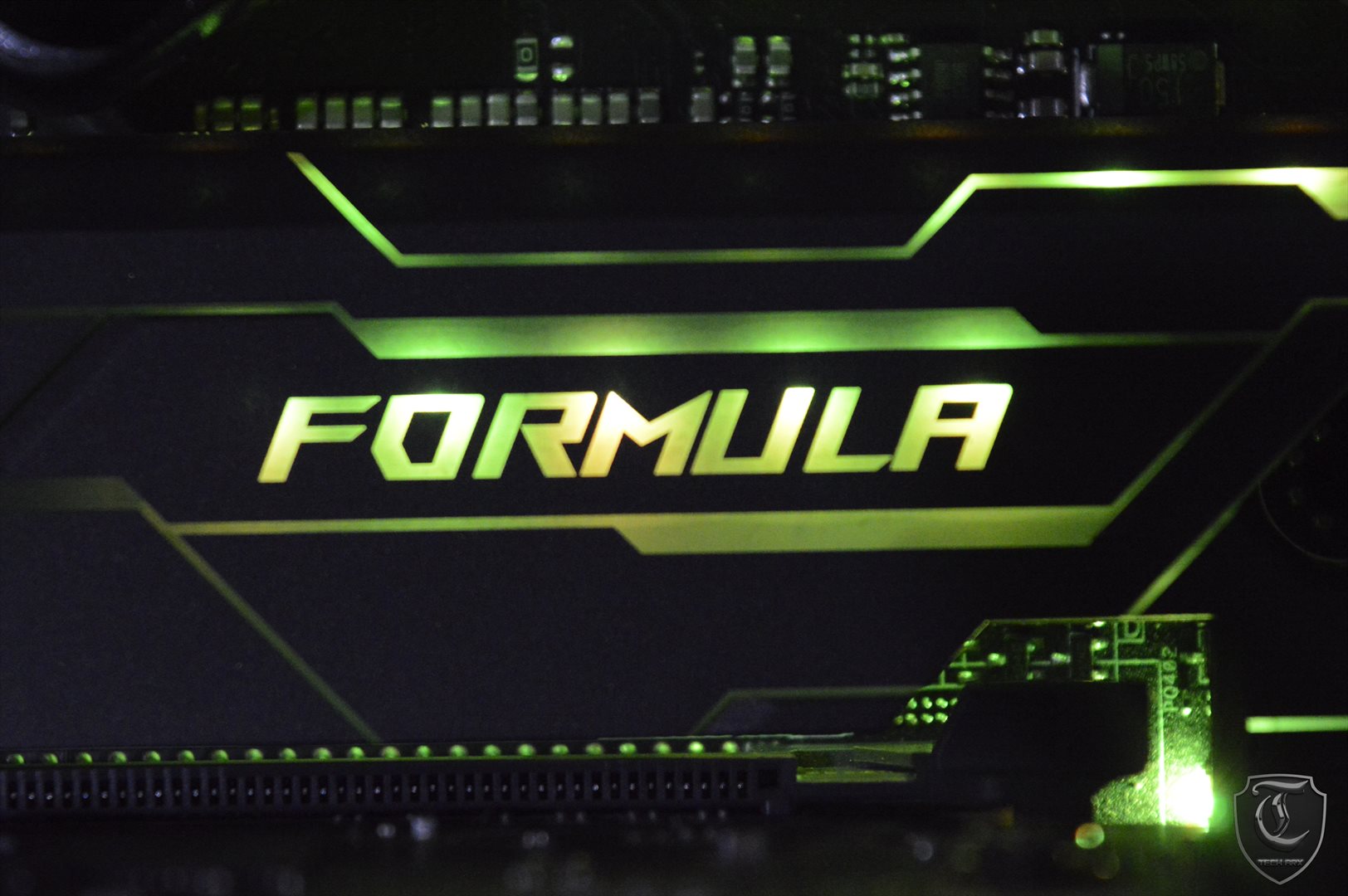 The Asus ROG lineup from its inception was meant for the enthusiasts who like to stay at top. The lineup gradually matured into a foray of products which contained something for everyone at different pricepoints. Taking the current lineup Asus has eight different SKU’s for enthusiasts with different tastes and spending capabilities. Today we will be taking a look at something that belongs to the upper end of the spectrum of the ROG Z170 lineup. 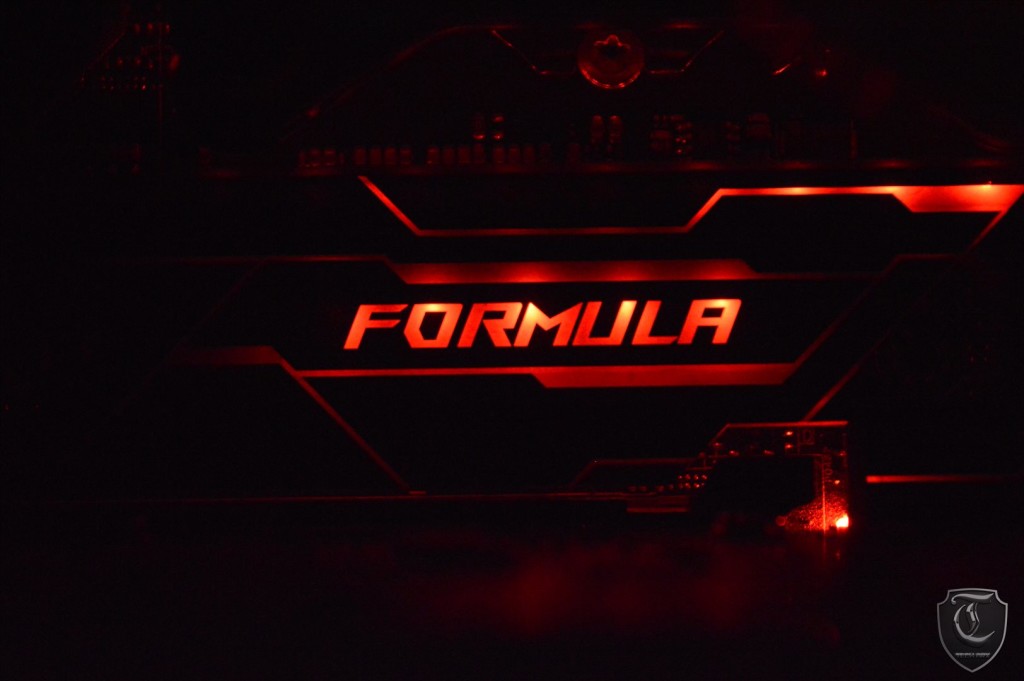 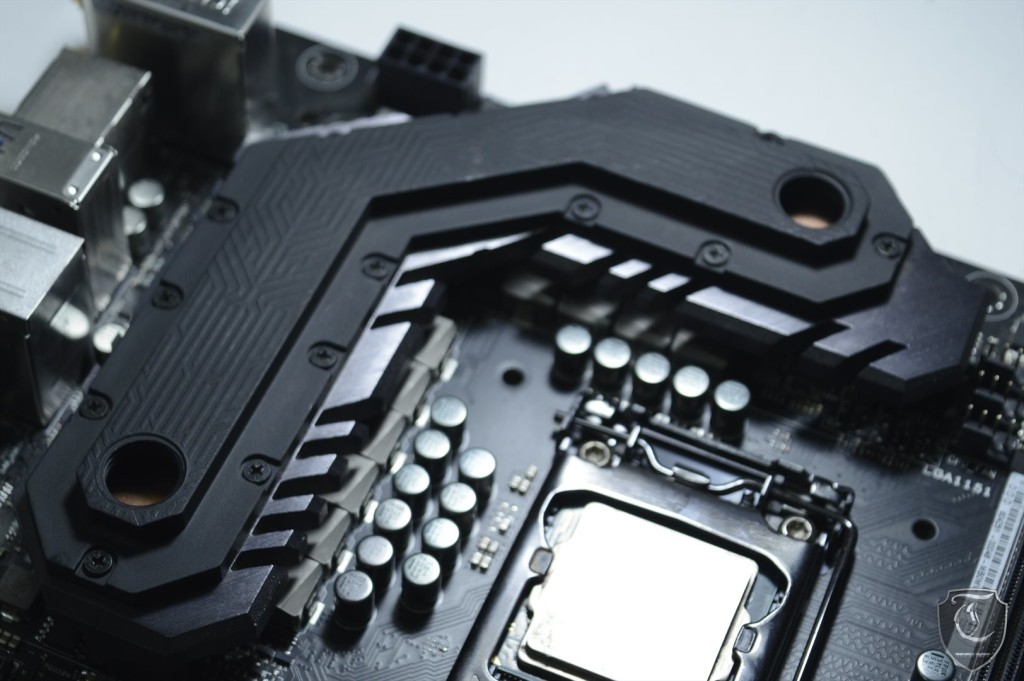 The CPU is powered by an 8-Pin connector with power being regulated by an 8+2 phase VRM controlled by a single PWM.

Short VRM Analysis for the CPU

The single CPU VRM is controlled by a single ASP1405 PWM, which is an unidentified International Rectifier PWM (most likely IR35201 or IR35203) providing 4+2 phases. The first four phases are doubled to eight phases by four IR3599 phase doublers. Those four IR3599 doublers then feed eight PWM lines to eight IR3535 MOSFET drivers. Each MOSFET driver controls a  Texas Instruments CSD87350 NexFET, which produces high-quality output power. The NexFETs essentially are power blocks; each has one high-side and one low-side MOSFET built-in, to provide high efficiency at high switching frequencies for better overclocking. The iGPU gets the remaining “+2” phases and utilizes two IR3535 and two more NexFETs for power delivery and regulations. 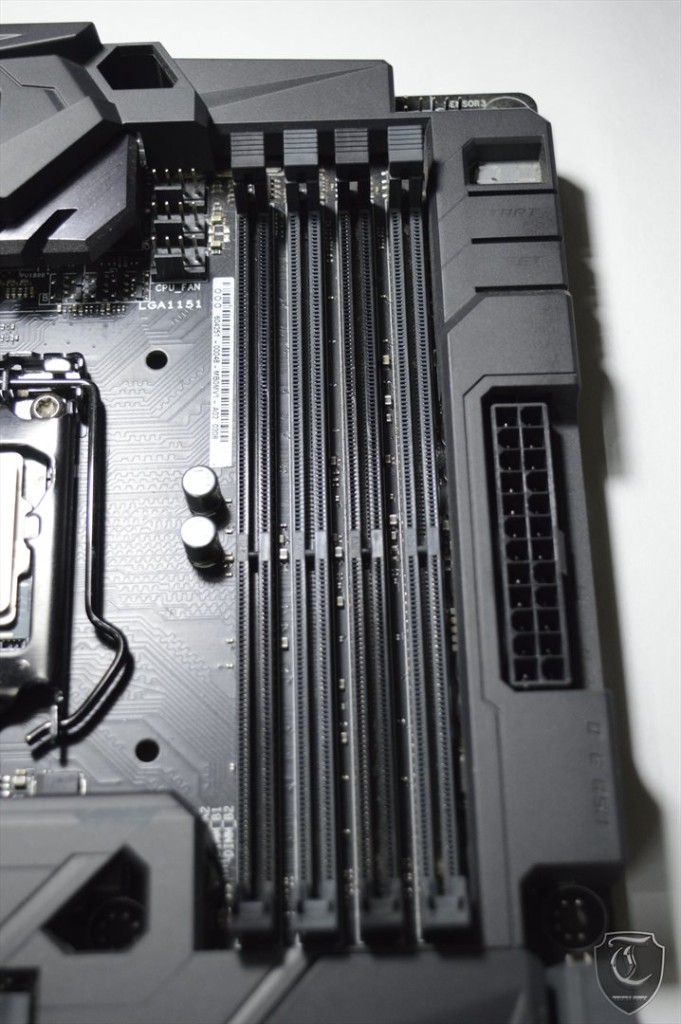 The board features four DDR4 DIMM slots that can enable up to 64 GB of DRAM with speeds up-to 3733 MHz. The memory VRM is controlled by an ASP1105 (unknown 2+ phase PWM) and is powered by two phases made up of unidentified MOSFETs hidden behind the ROG Armor 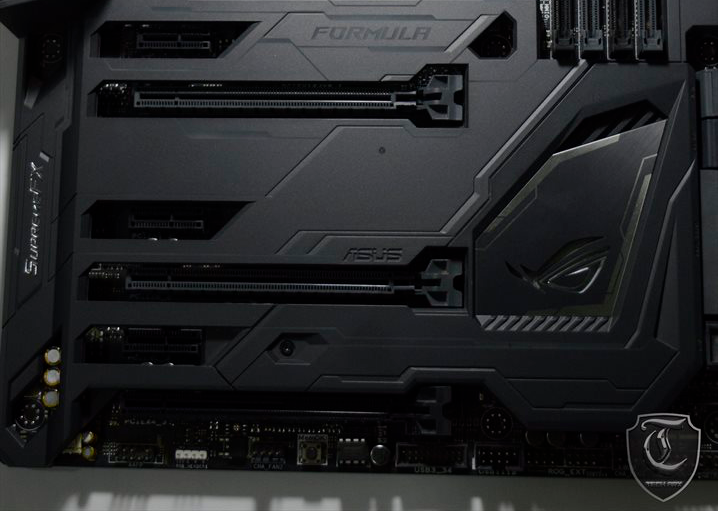 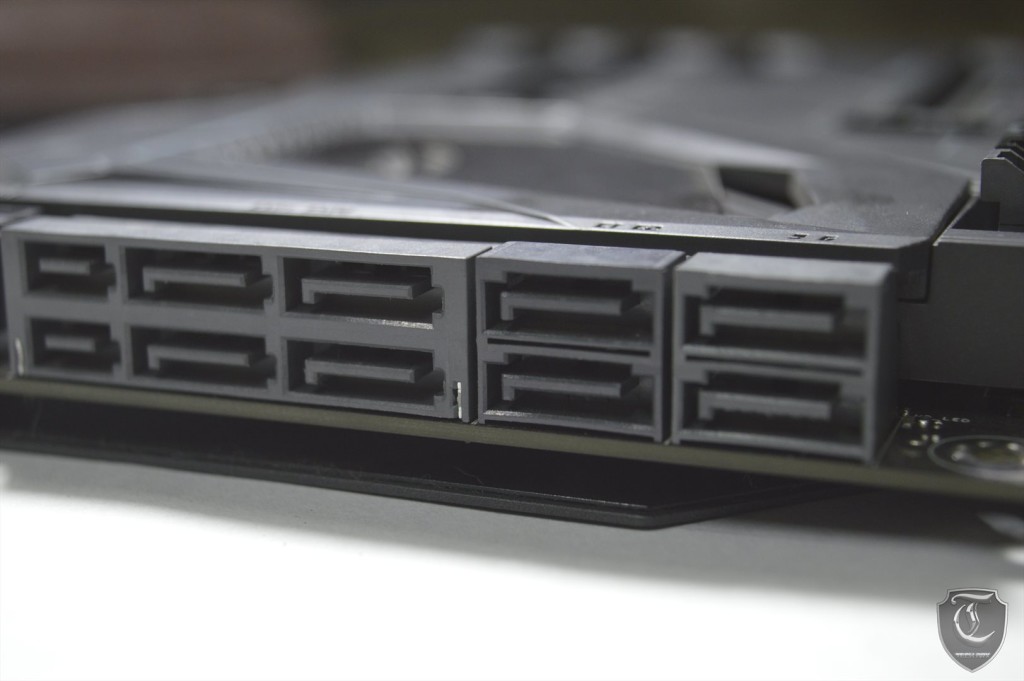 For storage, we are looking at 8 SATA III (6 GB/s) ports, two SATA Express ports, and a single NVMe SSD connector along with 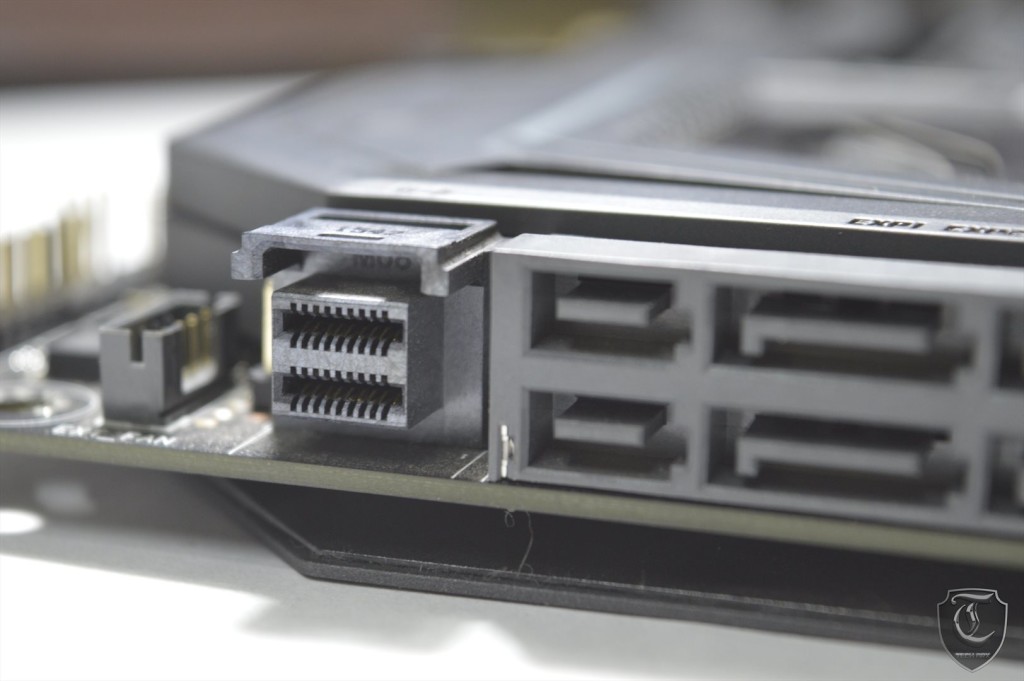 The onboard Audio solution is one of the main selling point for Maximus VII Formula. The Supreme FX audio solution consists of Realteks ALC1150 enhanced by an ESS Sabre ESS9023P DAC, a dedicated clock, Nichicon Gold series audio capacitors, Texas Instruments R45801 amplifier, a sense pre-amp, and an NEC relay for de-pop. Overall a nice solution that would handle a gamers need. 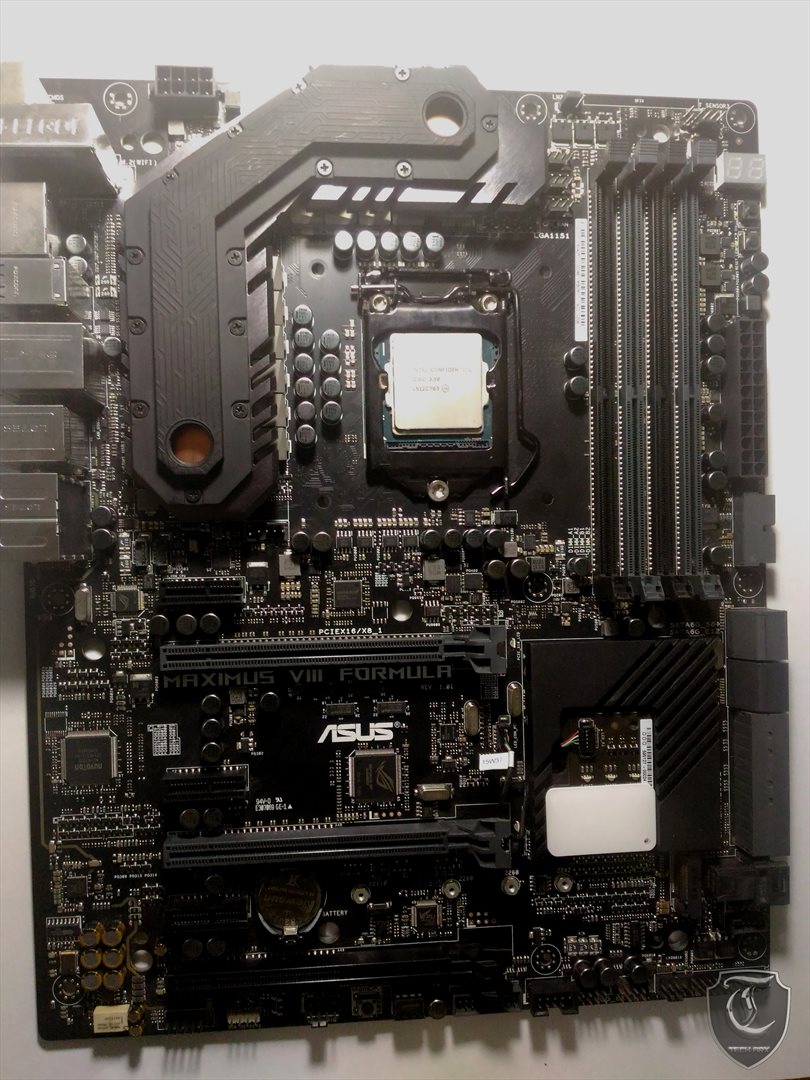 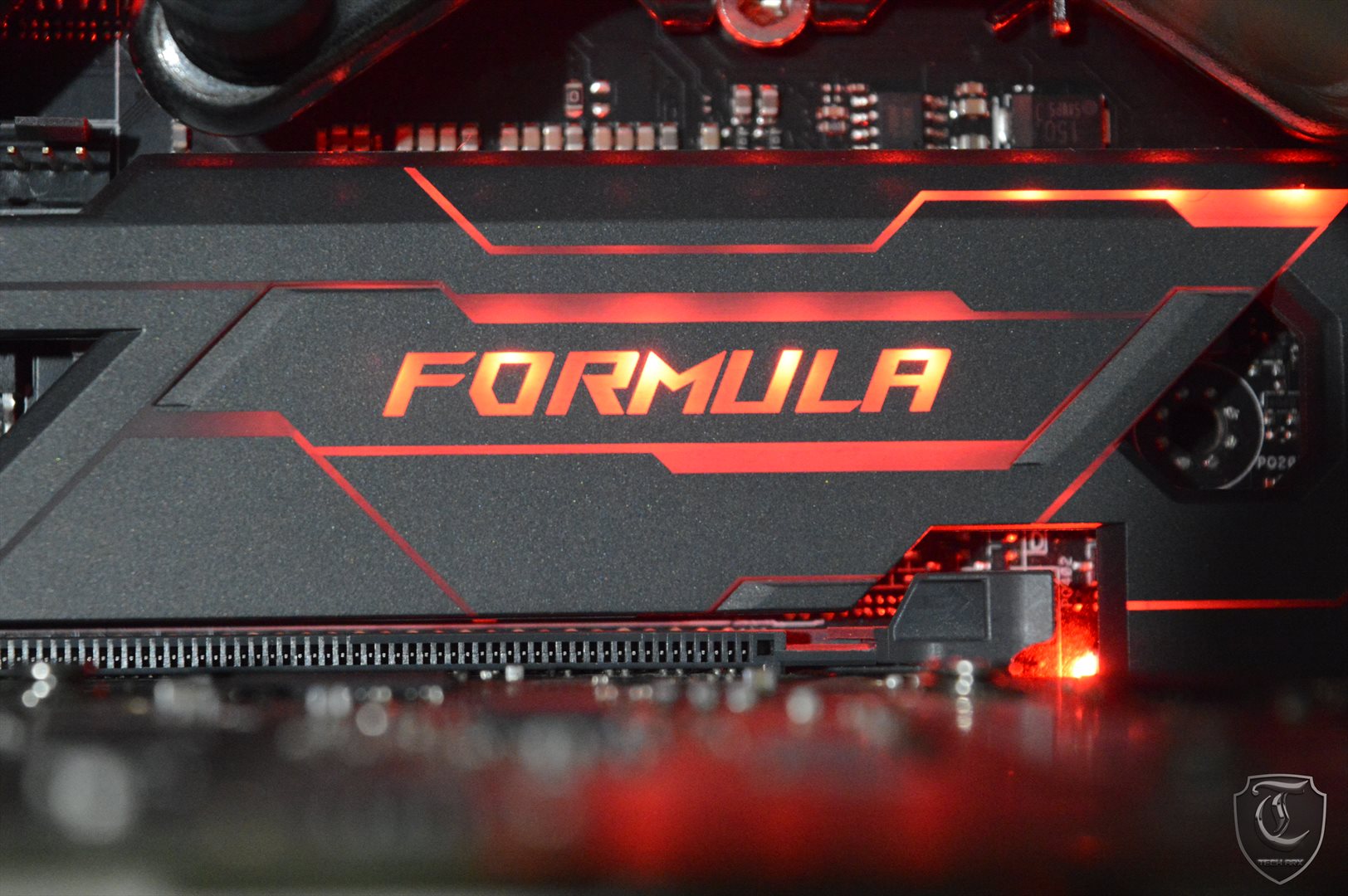 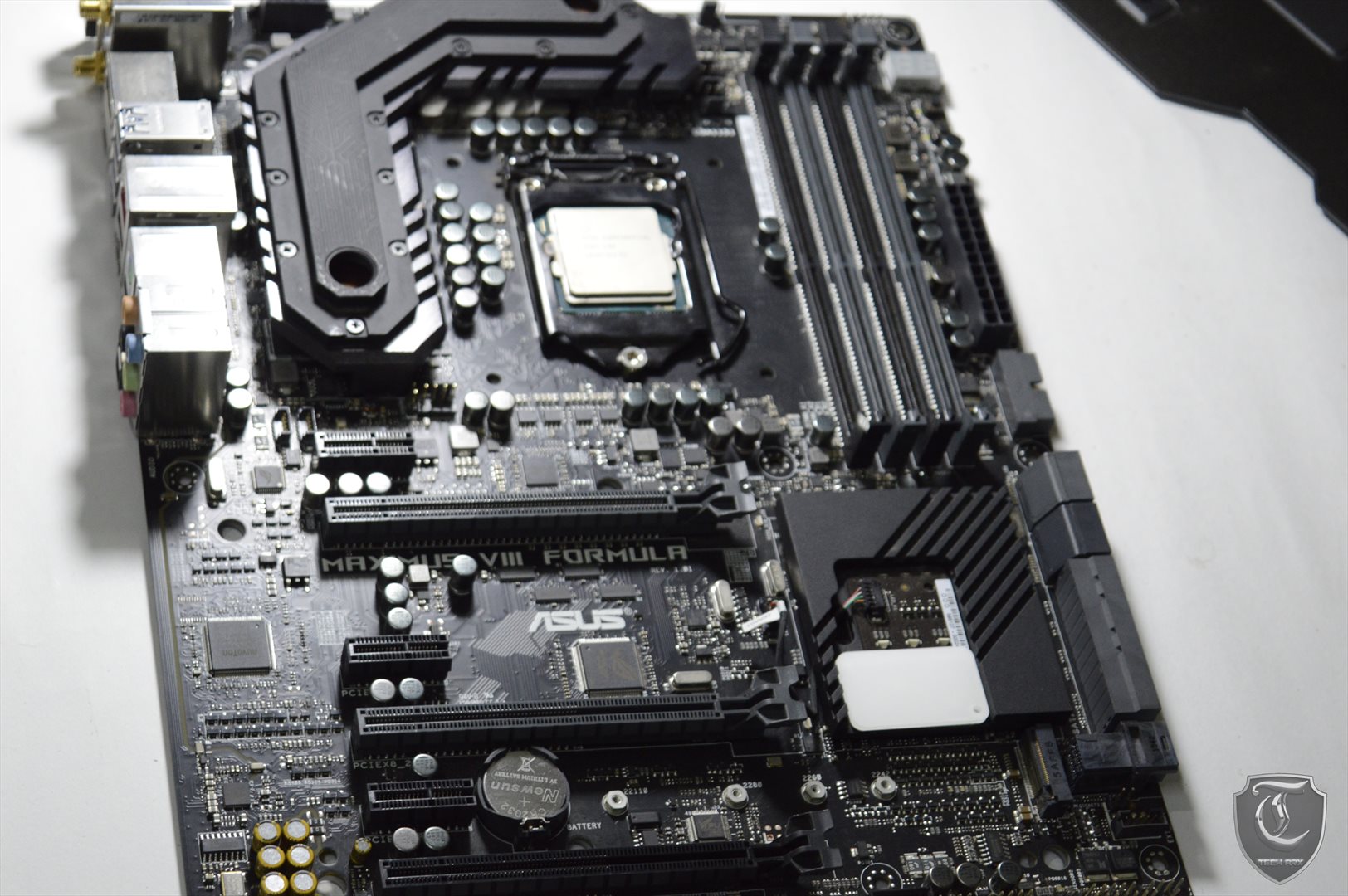 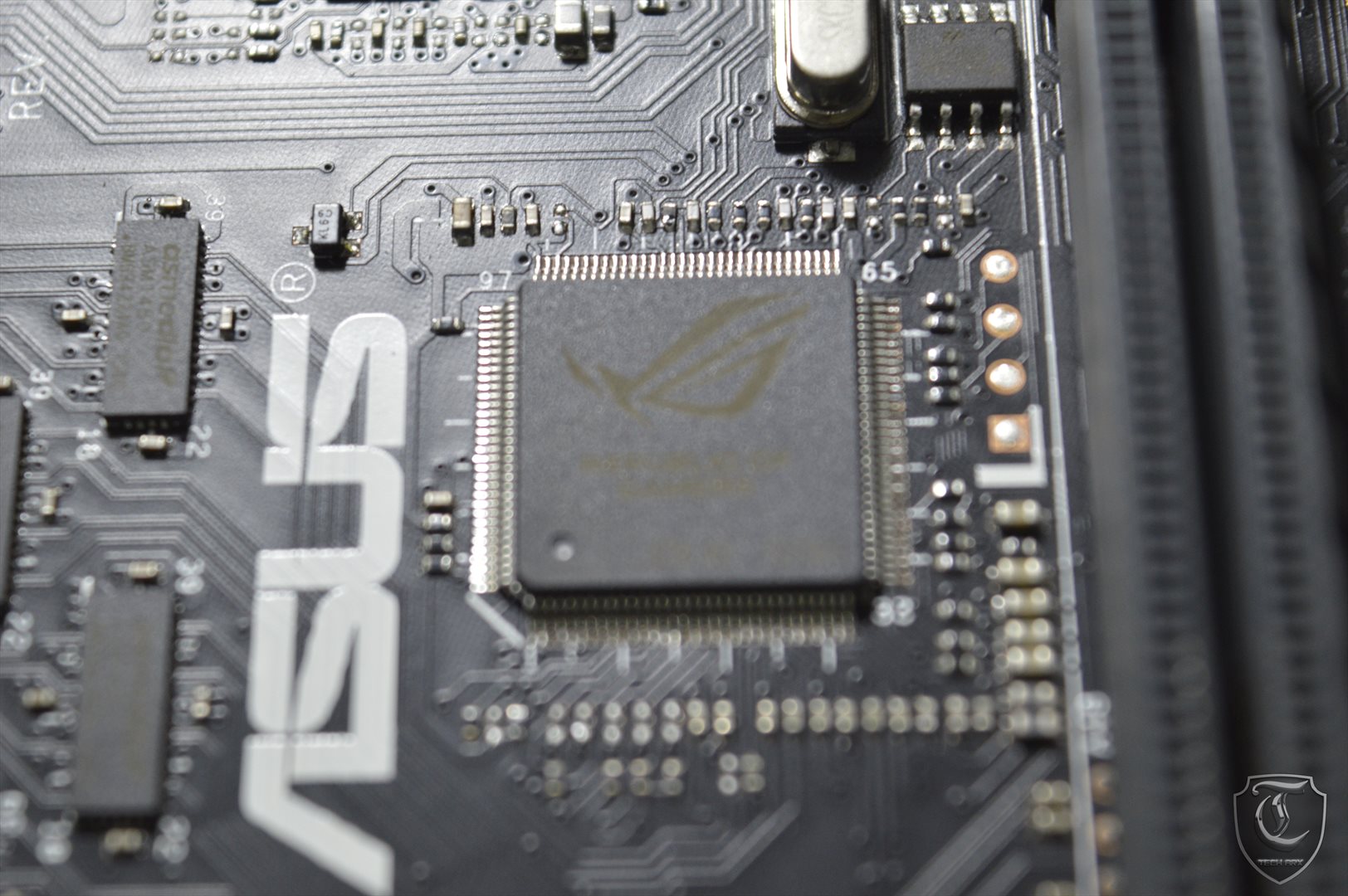 The algorithms in 3DPM employ both uniform random number generation or normal distribution random number generation, and vary in various amounts of trigonometric operations, conditional statements, generation and rejection, fused operations, etc. The benchmark runs through six algorithms for a specified number of particles and steps, and calculates the speed of each algorithm, then sums them all for a final score. This is an example of a real world situation that a computational scientist may find themselves in, rather than a pure synthetic benchmark. The benchmark is also parallel between particles simulated, and we test the single thread performance as well as the multi-threaded performance. 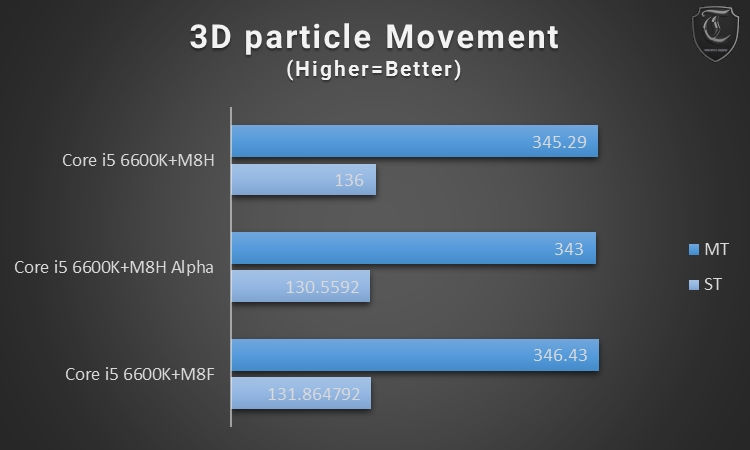 This benchmark encodes a full HD (1080p) video into a high quality x264 video. This is especially CPU intensive and prefers more cores. 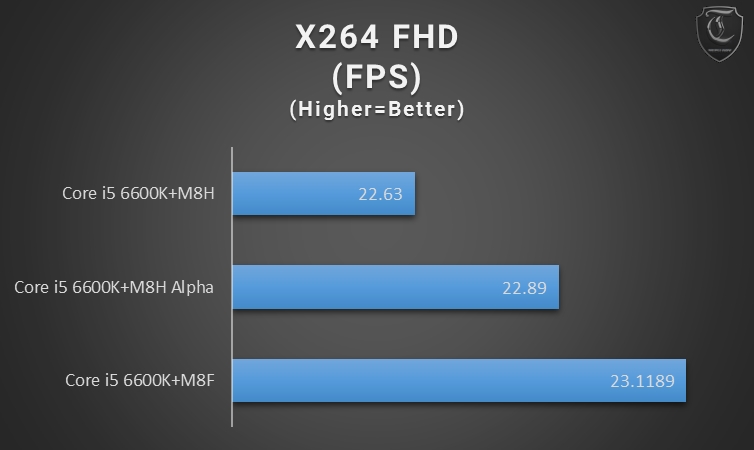 This benchmark encodes a full HD (1080p) video into a high quality x264 video. Like its big brother its CPU intensive and prefers more cores. 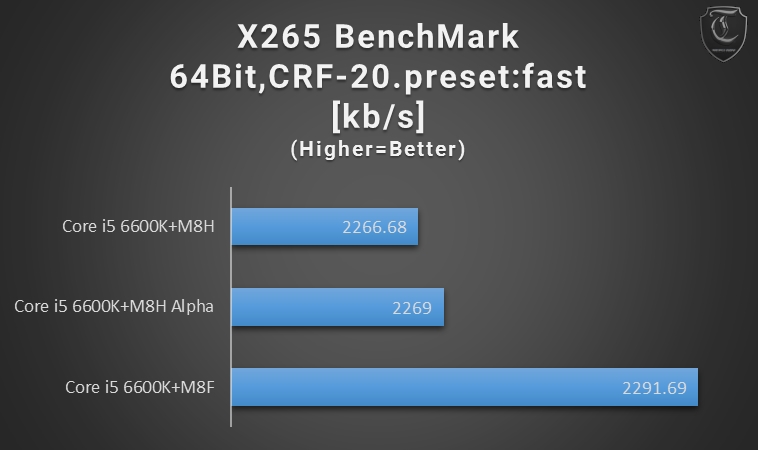 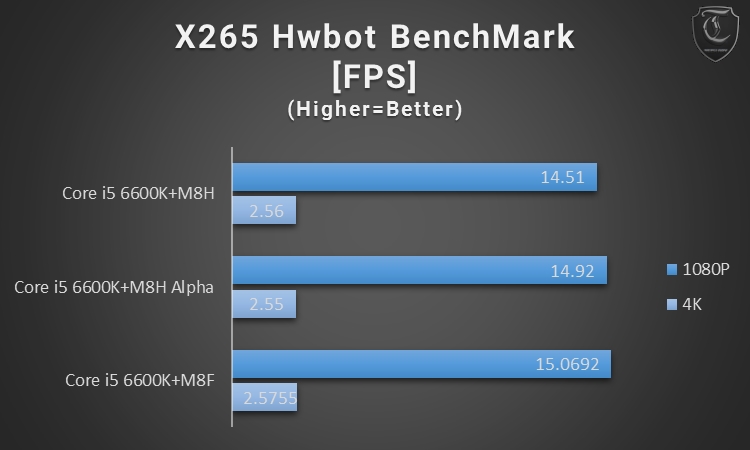 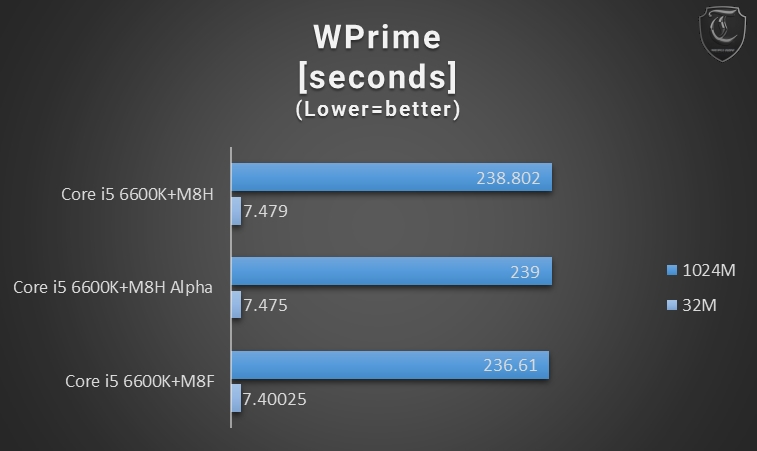 Super PI is a single threaded benchmark that calculates pi to a specific number of digits. It uses the Gauss-Legendre algorithm and is a Windows port of a program used by Yasumasa Kanada in 1995 to compute pi to 232 digits.Its an excellent benchmark to show single core efficiancy of a processor. 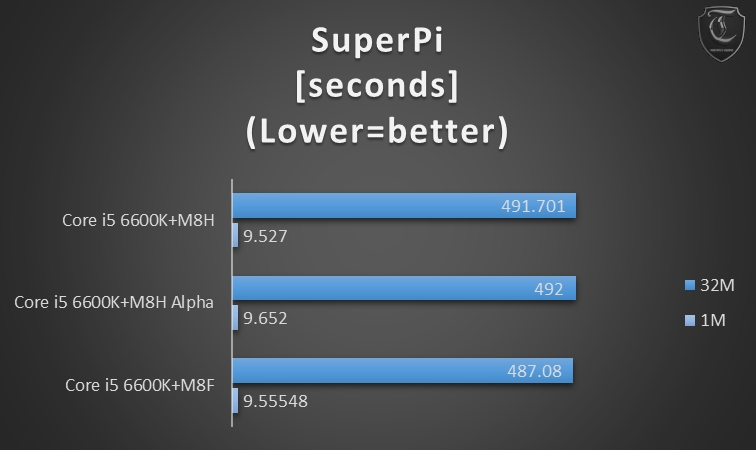 The Persistence of Vision RayTracer, or PovRay, is a freeware package for as the name suggests, ray tracing. It is a pure renderer, but the latest beta version contains a handy benchmark for stressing all processing threads on a platform. 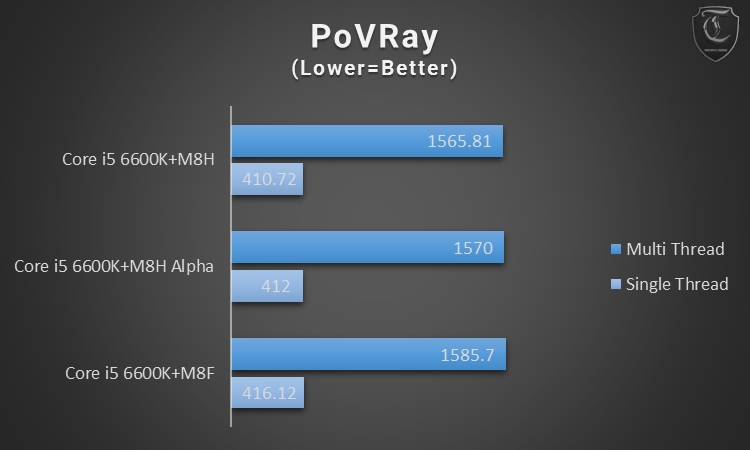 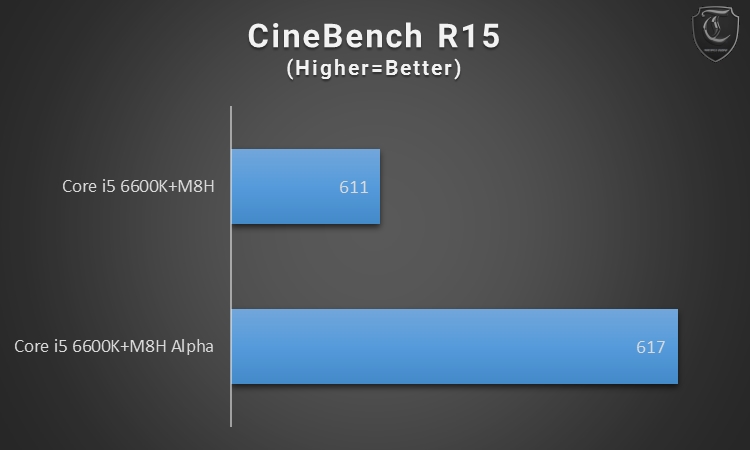 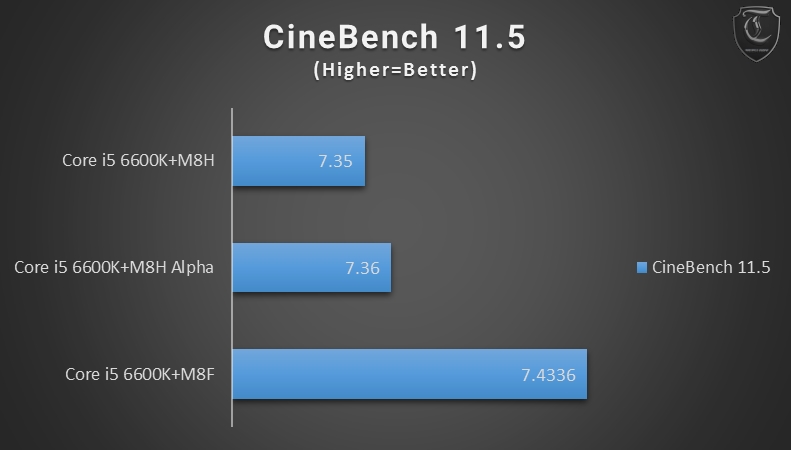 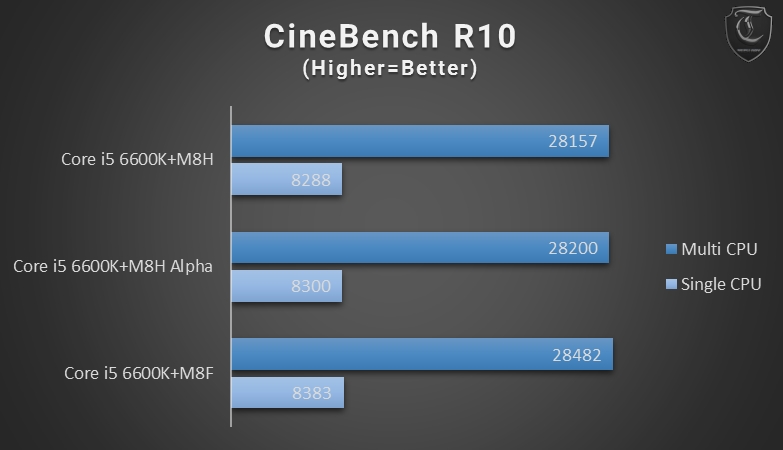 This benchmark runs a Wii program that raytraces a complex 3D scene inside the Dolphin Wii emulator. An excellent indicator for single core cpu performance. 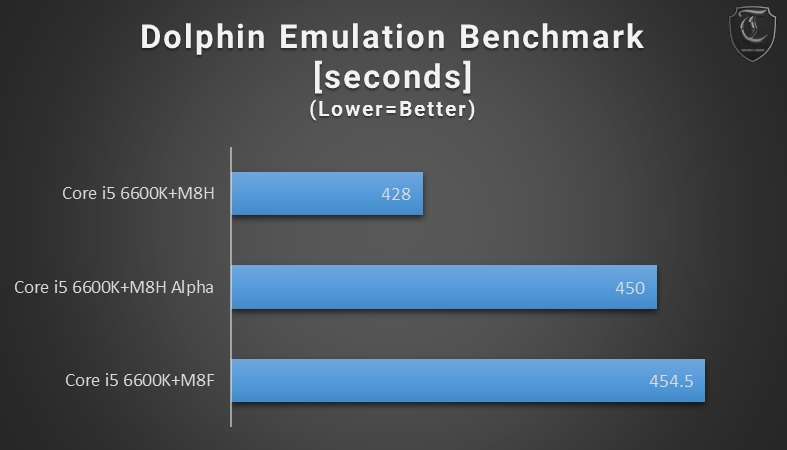 Kraken is a JavaScript performance benchmark created by Mozilla that measures the speed of several different test cases extracted from real-world applications and libraries. A good indicator of overall system performence. 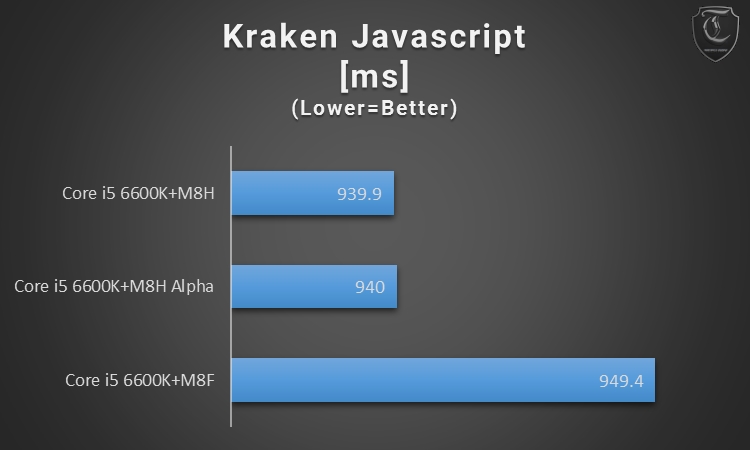 WebXPRT is another free online benchmark that gives you objective information about how well a laptop, tablet, smartphone, or pc device handles common Web tasks. Another good indicator of overall system performence. 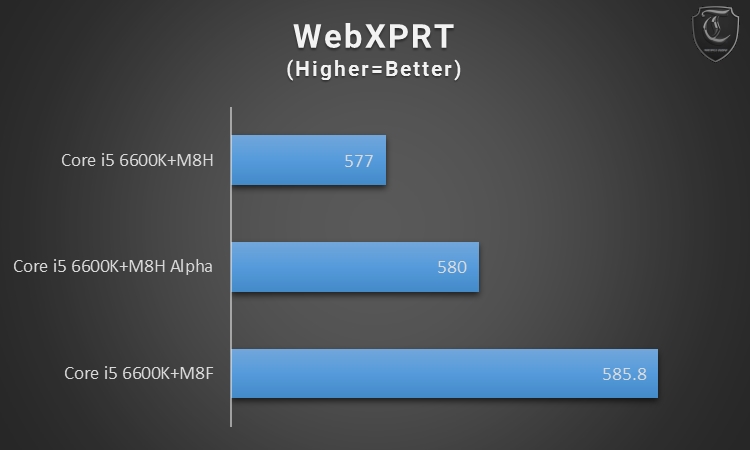