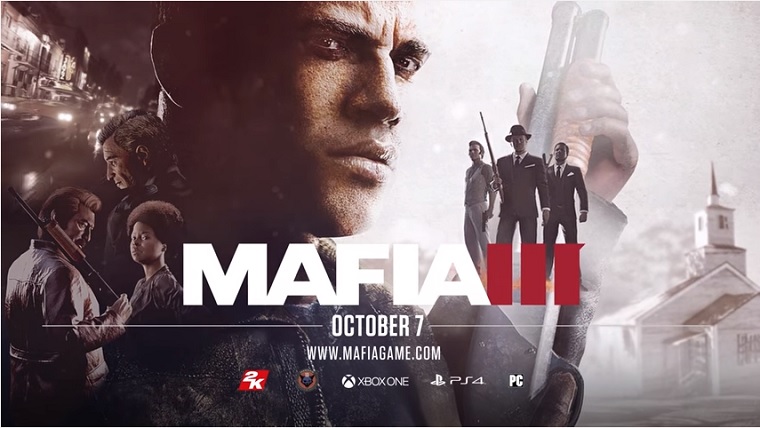 UPDATE:- Looks like there is no official word from the developers yet about the “rumored” specifications yet so we suggest you to take this with a pinch of salt. We will update when we get hear anything “Officially”.

Looks like developer Hanger 13 did a great job with Mafia 3 pc porting, at least the latest pc requirement is suggesting that. Nowadays it is actually a surprise to see a Windows Vista operating system along with core 2 duo processor are in the minimum system requirement list. Yes, you heard it right. To play Mafia 3 in ultra settings you just need an i5-660 and a 960 4gb. Clearly it is suggesting that Hanger 13 did a great job on pc porting and on the way to fulfil their promise of delivering a fully optimized game on release. Here is the full system requirements:-

In a time where pc porting is nothing less than a nightmare for gamers developers like Hanger 13 actually working hard to produce the best experience on launch. Be it a budget build or monster rigs. Mafia 3 is the story of Lincoln Clay who is a Vietnam war veteran returns to New Bordeaux to build his own gang of criminals to take revenge on Italian Mafia who wiped out his entire family. Recently Hanger 13 announced a collectors edition of the game and you can check out that article on our page.

Mafia 3 releases on October 7 on PlayStation 4, Xbox one and PC.