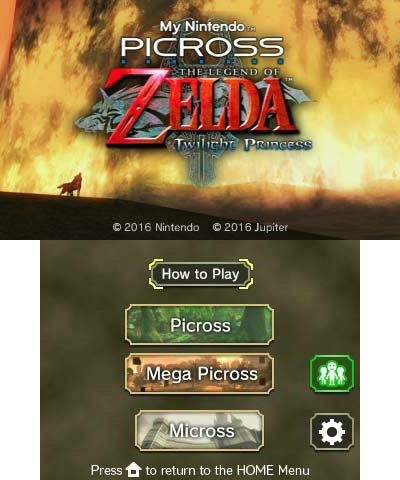 It seems that a new Zelda theme Picross game is coming out possibly as My Nintendo reward system based game. The game was discovered by Cellenseners while looking through the Nintendo US and UK servers.

The Zelda Picross game will reportedly be offered as bonus for Nintendo’s new loyalty program, My Nintendo, which is scheduled to launch this month. It’s possible the game might be obtainable by registering the recently released Twilight Princess HD through the redemption of My Nintendo points. 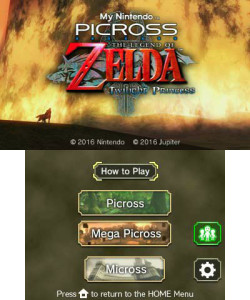 The Zelda Picross game is listed for a March 31 release, but it is possible this is only a placeholder date. The leaked images also reveal that Picross series developer Jupiter is also behind the new game.

My Nintendo will debut later this month along with its first smartphone app, Miitomo. To register for a Nintendo account, click here. You can register before the release of Miitomo this month for iOS and Android and you will receive Platinum Points to use in the new rewards program.

It would be quite interesting to see whether they will include other mobile game or in-game purchases in the new reward system.