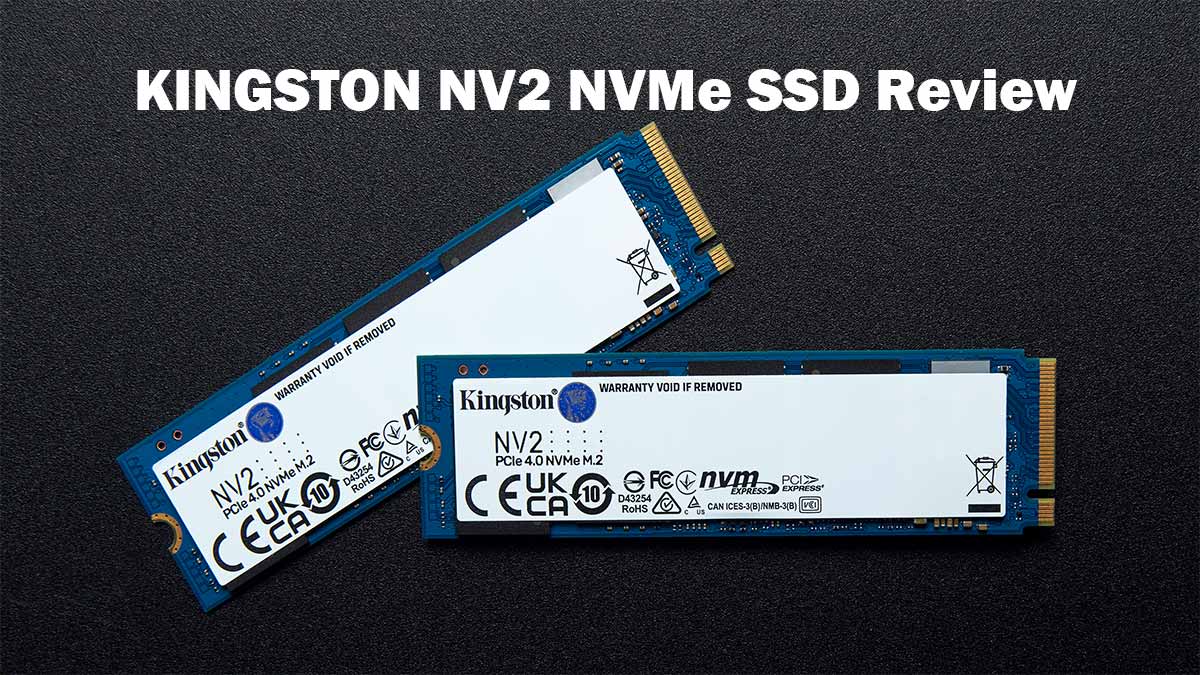 The lower end of NVMe SSDs is like the wild wild west; you will find all sorts of combinations and products. On the one hand, you have the usual budget/price-saving versions of controllers which are essentially butchered to keep the prices low, on another end of the spectrum you will see a product made of several mixed-and-matched components with the specs kept vaguely the same. Tonight (day?) we will be briefly testing out a product that is the result of a mix and match of suitable components.

Today we will be checking out the Kingston NV2 NVMe SSD targeted at the budget end. We have previously tested out the NV1 NVMe SSD which gave us a decent performance. Let us check out what the predecessor does, shall we?

As we can see, Kingston leaves out quite a few pieces of information blank. This helps Kingston to revise particulars as necessary while staying within specs (Gen4 support in this case).

Looking a bit under the hood we see the 2TB version of NV2 has the Silicon Motion SM2267XT as opposed to the Phison PS5021-E21 controller found in the 1TB. The SM2267XT is designed for DRAM-less applications. This controller offers four NAND channels and is capable of 500K 4K random IOPS read/write throughput according to Silicon Motion. All of the drive’s four 512MB NAND memory modules are mounted on the same side.

We ran the NV1 through our usual gauntlet of benchmarks. The results were all within expectation. The SSD wont blaze through the benchmarks, but this one is not a slouch either.

Crystal Disk Benchmark is used to measure read and Write performances through the sampling of highly compressible data (oFill/1Fill), or random data. Crystal Disk Mark scores usually drop a bit compared to ATTO, and this is the result of the test data now being primarily incompressible – Mostly movies, music, and photographs. We tested the drive with 1 GiB Sample with and without the heatsink that came with the motherboard.

AJA system test is used to benchmark the performance of a drive for video production workflow across various codecs with different settings.

THE Kingston NV2 is meant to bolster Kingston’s already impressive portfolio. While the NV1 was not very good, the Kingston NV2 with its improved controller and 112-layer TLC NAND(assumed) makes it a very competitive offering. Couple that with a comprehensive warranty and Kingston’s lineage, and we have a good product at hand.

This will not win benchmark battles as it is not made to win battles; but this will do your job of everyday data storage and do it considerably fast, as it is supposed to do.