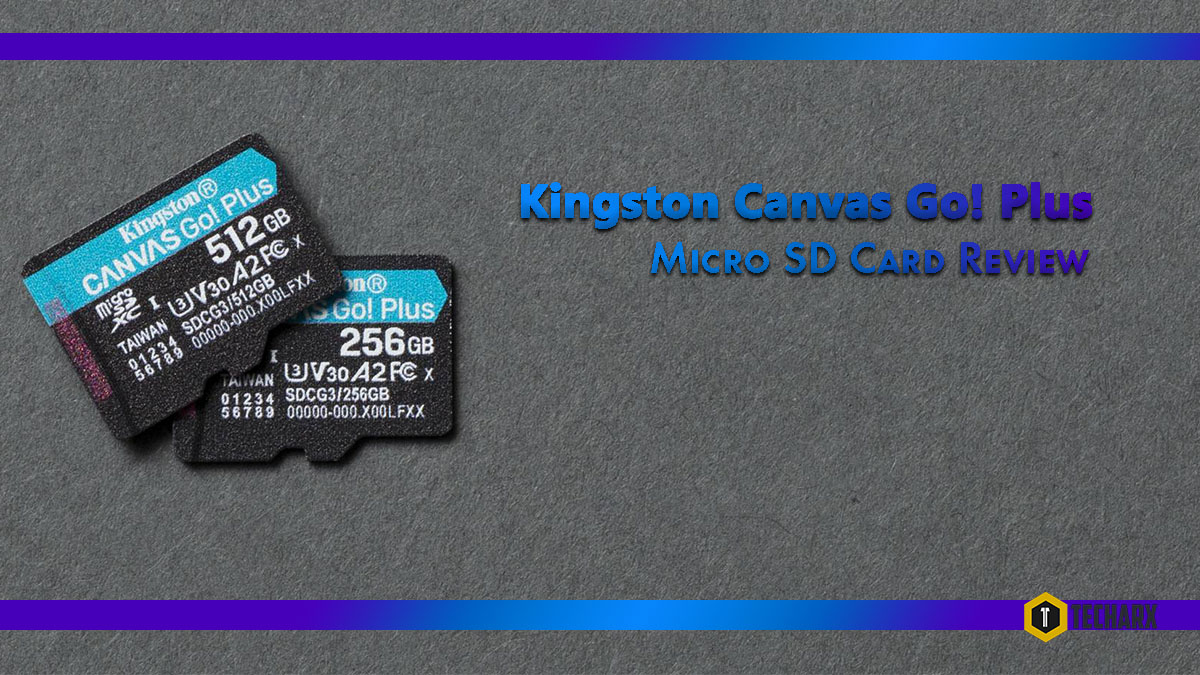 Kingston Digital released the ‘Canvas’ series of Flash memory cards in 2018 and the series was widely popular. However, with changing time and scenario it was due for a refresh as consumer needs have changes and speeds have improved. In March 2020, Kingston released the new and improved ‘Canvas Plus’ series Flashcards. Canvas Plus comes in three different variations for both SD and microSD cards: Select Plus, Go! Plus, and React Plus. The card we will be testing out today is the Go! Plus variety.

Specification of the Canvas Go Series

Kingston sent out the 256GB Micro SD model with an adaptor [SDCG3/256GB] for review. And since no review is complete without some numbers, we ran our own set of benchmarks on it.

All the benchmarks were done with and without the SD Adaptor that comes in the package. The Canvas Go Plus was connected to a Transcend RDF9 USB 3.1 Gen 1 Card Reader. The Card reader in turn was connected to a USB 3.1 port of our test system. We looked around for the Kingston Mobile Lite Plus or the ever-dependable FCR-HS4, but for whatever reason, it was not possible to get one either online or offline at the time of the review.

CRYSTAL DISK Benchmark
Crystal Disk Benchmark is used to measure Read and Write performances through sampling of highly compressible data (oFill/1Fill), or random data. Crystal Disk Mark scores usually drop a bit compared to ATTO, and this is the result of the test data now being primarily incompressible – Mostly movies, music, and photographs. We tested the drive with multiple data sizes including 32MB for standard DSLR raw file size and 1GB roughly emulating a video.

Kingston Canvas Go Plus is not exactly a new product in the market, nor does it have something extremely extraordinary which would make you ditch whatever you have right now (maybe except the Application Performance Class 12 (A2) rating). The Application Performance Class 2 (A2) rating allows for higher performance than A1 cards by using functions of Command Queuing and Cache which will make a lot of mobile users happy who are suffering from sluggish app performance when running from expandable storage. If you are actively looking for a fast MicroSD card for your phone or the new snazzy drone or an SD card for your DSLR, the Canvas Go should be on your list. The stock issues however are a different story and Kingston India would do itself a big favor by fixing it ASAP. We looked both offline and online for the Canvas Go series of Cards along with a suitable card reader from Kingston and were hugely disappointed.

Kingston has a legacy of good performance and slightly higher prices. The Canvas Go Plus series of cards tick both the boxes and add a little bit of extra to it in the form of Application Performance Class 2 (A2) rating. We definitely recommended it if you are looking for something new but don’t ditch your existing setup just for the sake of this product.