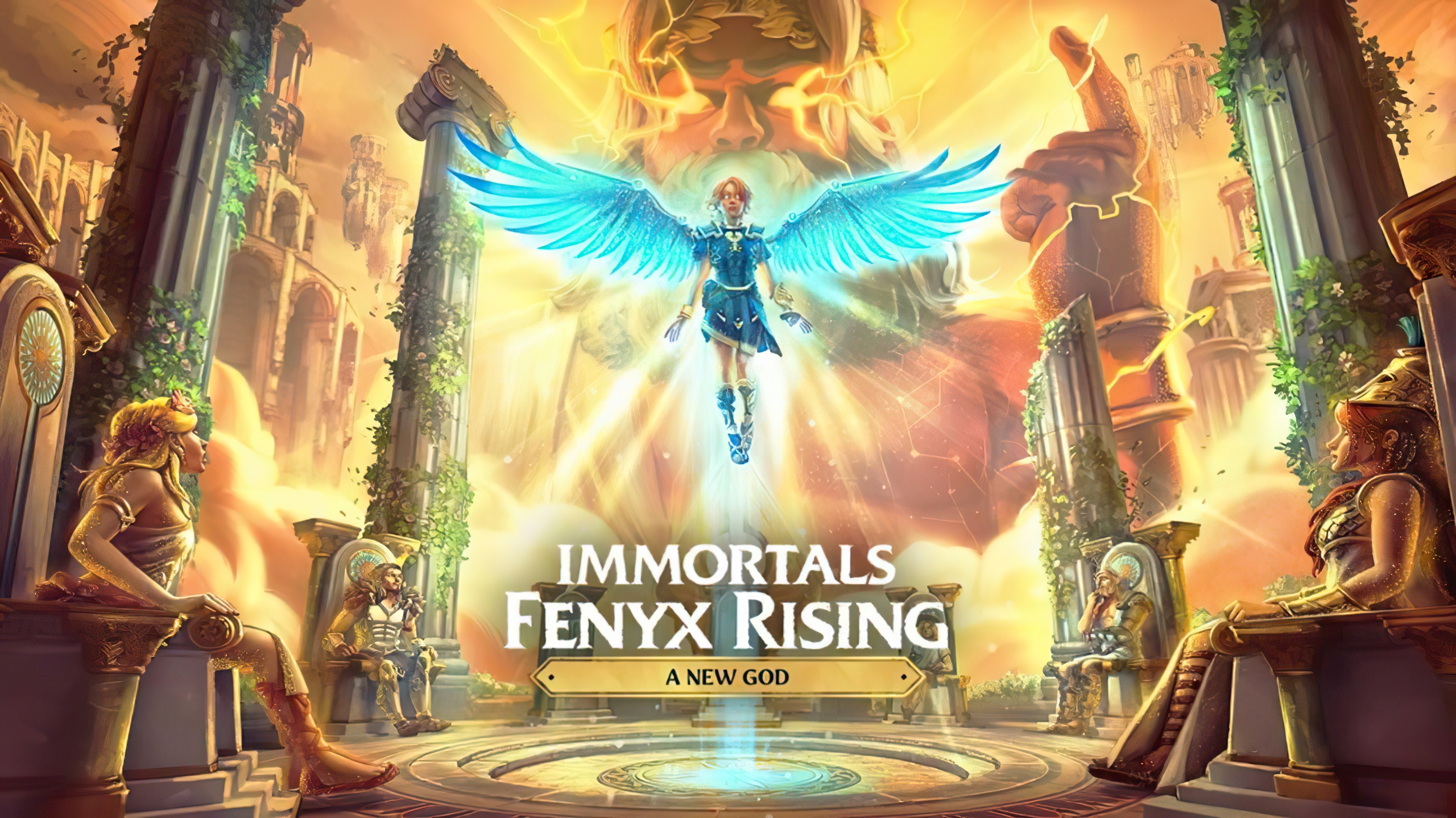 Immortals Fenyx Rising is a vastly underrated gem that didn’t get near the amount of hype or attention that it deserves. Released last year, Immortals Fenyx Rising had some fresh ideas that broke the typical mold of recent Ubisoft games, with a charming cast of characters, a wonderful world to explore, and some really well-designed puzzles.

Now, a new DLC has arrived for fans who were eagerly waiting for some new content, and it’s called A New God. Set after the main story, Fenyx embarks on a new adventure – to become a part of the pantheon. Immortals Fenyx Rising – A New God is available as part of the season pass or can be bought standalone.

The DLC takes place in Mount Olympus, which is a separate area from the golden isles. The DLC picks off right where the main game ends with Zeus offering Fenyx the position of becoming a new god amongst them. In order to do this, Fenyx has to undergo a few trials to obtain new blessings from the four gods – Athena, Aphrodite, Ares, and Hephaestus. The new map exists totally independent of the world where the main game takes place.

Unlike the main game which had a healthy mix of exploring, combat and puzzle-solving, A New God focuses mostly on the puzzle-solving aspects. Completing a trial of each God rewards you with a new blessing in the form of a special ability, adding new and interesting ways to play. The new pieces of equipment also add useful functions never seen before and that you must take advantage of them to overcome all the challenges. In fact, Immortals Fenyx Rising: A new God is designed so that it is impossible to complete all the tests of the same God in a row, needing to alternate between deities to unlock the necessary skills that allowing you to advance through their puzzles.

The puzzles of A New God are once again well designed, although with the added difficulty it is necessary to combine all tools in your arsenal in order to clear these dungeons. In addition, new elements such as magnetic fields and many other surprises. In almost all ways, the new dungeons improve upon the core mechanics of the main game.

It was very easy to get lost in the main game, with the myriad of icons and attractions. Immortals Fenyx Rising brings: A New God happens on a much smaller map than the main adventure, but one that is much more focused and devoid of any filler. Although it is true that A New God abandons the mostly enjoyable exploration of the main campaign, the idea of ​​going from one trial to another, putting your puzzle solving skills to the limit, and facing more quality enemies turns out to be more memorable.

Zeus and Prometheus’s role as narrators is missing, and although some people found the humor a bit corny, I actually felt the banter added to the charisma of the game. There’s still plenty of story and humor going around, but it never hits the mark.

While this DLC alone might not be enough to make you consider purchasing the game, it is an indication for people who fell in love with the world Immortals Fenyx Rising, that Ubisoft is continuing to build on the strengths of the base game. Plus the upcoming DLC that will take place in Chinese mythology and the isometric game mode is plenty of reason for fans to look forward to picking up the season pass.