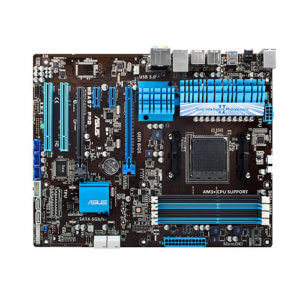 The most important part in any computer system is its Motherboard. All the devices are connected to it directly therefore it is important that the motherboard installed in a system is efficient and of highly good quality. Not only it affects the performance of the system but it is essential to be used by people who use heavy programs or games in their routine. The more advanced a system becomes, the important it gets to use the motherboard which can cater to the heavy use of the processor. If the motherboard is not up to the mark, it will hinder heavily the performance of the systems and processors.
ASUS has been producing motherboard for a very long time now. It has produced the motherboards which were for entry level systems as well as high end systems as well. The entry level motherboard of ASUS uses the socket AM3+ processors. The ASUS M5A97 R2.0 is and entry level motherboard and used AMD socket AM3+ processors in it. It also uses the AMD 970 chipset which is a much simplified form of the AMD 990FX. The basic difference between the AMD 970 chipset and the high end produced AMD 990FX is that it also supports graphics. The 990FX can support two x16 slots or four x8 slots and SLI/CrossFireX arrays as well. The AMD 970 also supports one PCI Express x16 slot and one x4 slot in the CrossFire configuration.
ASUS has worked and launched 3 different motherboards so far which were based on the AMD 970 chipset. There are various differences between the different chipsets and their prices also vary accordingly. All the chipsets are using the ATX form factor and have 4 different memory slots. They use standard PCI Express x16 2.0 and each motherboard uses two x16 or x4 of these. There are a total of 2 standard PCI in each motherboard. All of them are also enabled to use CrossFireX in the system. While none of them has SLI capability in them. The motherboards are also not equipped to use SATA-300 in them, while M5A97 LE R2.0 has 8 SATA-600 and M5A97 R2.0 & M5A97 EVO have 6 SATA-600 in them each. M5A97 EVO also has two eSATA-300 in it. 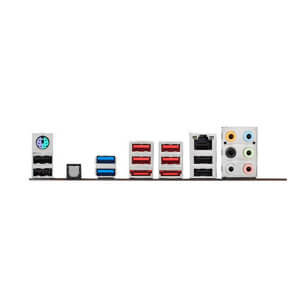