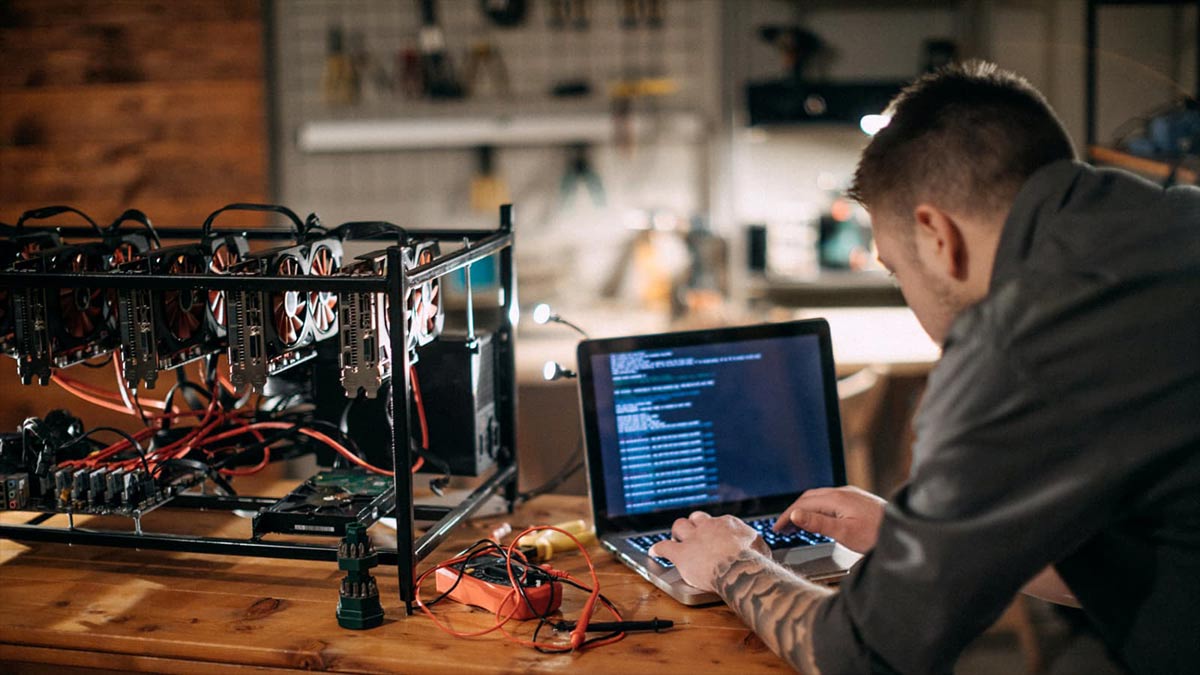 Blockchain technology has become one of the most popular advances in the tech world in recent years thanks to the explosion of cryptocurrency. The technology was invented as a decentralized ledger for international transactions and has shown the potential to become so much more.

What do software engineers do?

Machine learning (ML) and artificial intelligence are two of the fastest-growing technologies in computer and data science. Python is the most popular language for data science coding and is used for everything from creating data points to altering rows in datasets. The K means clustering Python algorithm is probably the first algorithm you’ll learn on your way to becoming a software engineer. Later, you’ll learn other algorithms for the initialization of various ML processes and models for predictions. Eventually, you’ll be the one creating the algorithms companies use for ML, deep learning, and other data processes.

What do blockchain developers do?

Blockchain developers have the most important role in the cryptocurrency industry. They create blockchains that handle cryptocurrency transactions, from the buying and selling of crypto assets to the usage of the same to purchase goods.

There’s good news for software engineers who want to become blockchain software developers, which is that they don’t have to make a large transition. Indeed, they already have all the skills they need to create apps for blockchain using blockchain technology. They merely need to learn basic blockchain principles and encryption methods.

A software engineer looking to develop blockchains themselves will have to learn a bit more to flourish in that role. Developing blockchain requires an in-depth understanding of encryption and how to build encrypted networks. Not to worry—your prior training will serve you well in this field.

Machine learning and blockchain have a bright future together.

The best reason for a software engineer or data scientist to become a blockchain developer is that the fields of ML and blockchain have a bright future together. Blockchain is all about security and convenience, and ML processes would enable blockchains to improve their own security with time, using deep learning and other security measures.

As you can see, software engineers can find a bright future awaiting them in the blockchain industry. From applying ML algorithms for unsupervised machine learning to enhancing cybersecurity, there’s no limit to the value a talented software engineer can bring to a blockchain company.

If you’re a software engineer looking to go into the blockchain industry, the first step is merely learning the ins and outs of the technology, and your training will guide you from there. You might also want to learn about trading crypto, but that’s more for your personal and financial gain than for your career. Some say success happens when preparation meets opportunity. Well, your education in software engineering has prepared you for a world of opportunities in the world of blockchain technology.