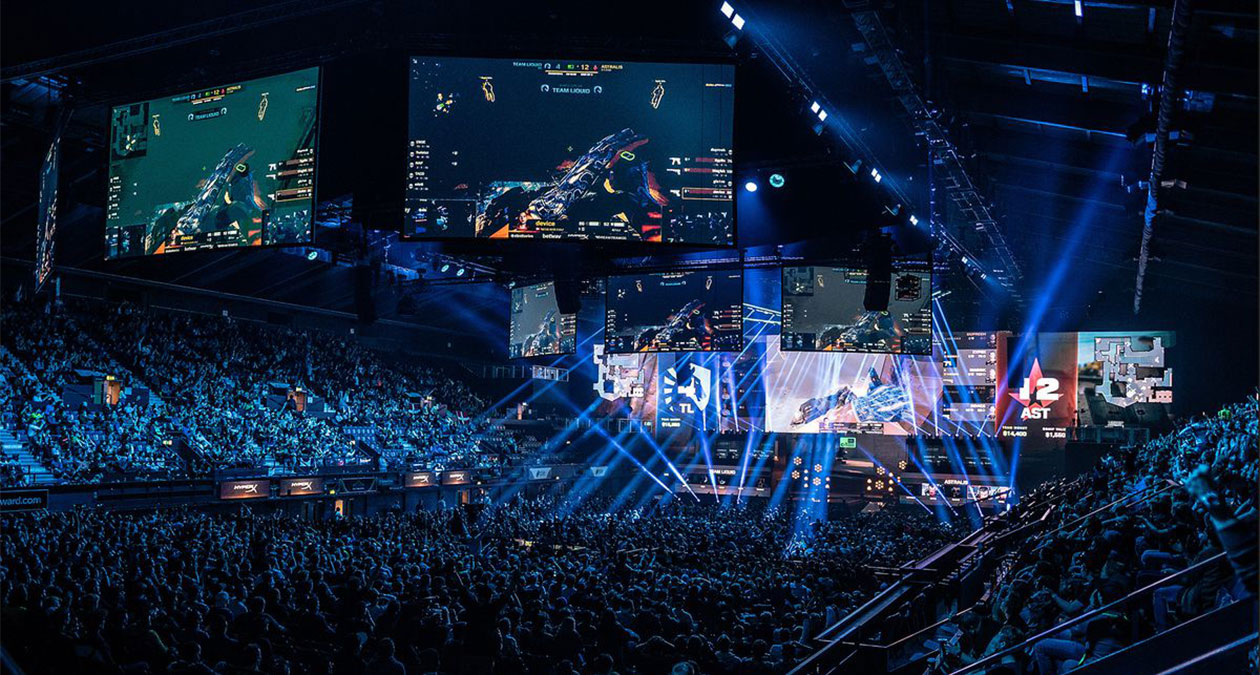 Move over online casino – esports is coming through! It may have got off to a slow start, but it’s an industry that’s thriving. So much in fact, in Q1 of 2020, global esports revenue had soared to $1.1 billion, some 15.7% higher than the same sector the previous year! It’s estimated three-quarters of the revenue comes from media rights and sponsorships, and as you can see, it’s big business! The e-sports industry is expected to grow rapidly over the coming years and despite a halt in betting in 2020 (due to the global pandemic), it only put a tiny blip in profits.

Asia and North America represent the two largest esports betting markets with China accounting for almost one-fifth of the market. Not sure what e-sports is? We’ve got your covered. Many people eat, sleep, and breathe video games these days which is partly due to more widespread media coverage on the world of games. In essence, e-sports is a term used to describe competitive gaming at a professional level, with many of the best gamers in the world competing to prove they’re the best at what they do. While playing competitive video games isn’t a new concept, making a career out of it is! We’re long past the days of Sega Mega Drive console gaming and we can credit it to the invention of the internet.

From Fortnite to FIFA

Competitive level gaming can be held online or a special event, bringing together amateur and professional gamers with a goal of bagging the victory crown, and a healthy cash prize of course. One of the most recognised e-sports players to date is ‘Ninja’, aka Tyler Blevins from the US, who became a ‘streamer’ back in 2011. With a passion for gaming, Ninja invited his followers to join him as he discovered new games and as a result, he broke his own viewing record during a Ninja Vegas event in 2018 where he accumulated an audience of about 667,000 live viewers! Playing for many organisations including Renegades, Cloud9 and Team Liquid, Ninja is estimated to earn half a million dollars every month for playing just the one game – Fortnite!

E-sports sees a diverse range of ‘players’ competing for huge sums of money and just like football players or baseball players, these gamers are sponsored and contracted to play on a regular basis. Instead of training on a football pitch, they will train on the console to not only maintain their level of gameplay but to try and improve too. A number of tournaments are held every year and it’s an industry that is soaring and while an outlay of funds is required, it’s not much! Nowadays, a console will set you back a couple of hundred with a gaming PC costing little more than a grand, which is why the sector is seeing a spurt of players attempting to showcase their skills for a shot at huge prizes. And placing bets on these competitive events is becoming hugely popular especially on the best esports betting sites on win.gg.

Any multiplayer game can become an e-sport; Call of Duty, Gears of War and the like, but the two most popular are Overwatch and Dota 2. Not only does the game need to be entertaining, it needs to offer a competitive scene. To be considered for e-sports, the game must be enjoyable to play and enjoyable to watch, because watching the player is just as important as watching your favourite football team – so it has to be entertaining! Supporters encourage the players to strive for perfection, and e-sports is no different to spectators/fans at golf of basketball.

An explosive billion-dollar industry will pull in the supporters and according to a report from Newzoo, some 380 million people worldwide tune in to e-sports, with many of those coming from South Korea, China, and North America. The 2017 League of Legends World Championship was held between September 23 and November 4 in 2017 and was the seventh world championship for the League of Legends video game, developed by Riot Games. Hosted throughout China, this specific event amassed more than 80 million viewers!

Not only are the players in-line for a windfall should they be lucky enough to win, but a windfall comes to the event organisers and the video game producers too. Millions of dollars are common in e-sports tournaments, meaning seven-figure-sums for the very best of the best, but in order to enter, participants not only need a means on which to play – a video games system, but the game, the knowledge, and skill and an entry ticket! And in 2017, the Popular League of Legends tournament raked in $5.5 million just in ticket sales!