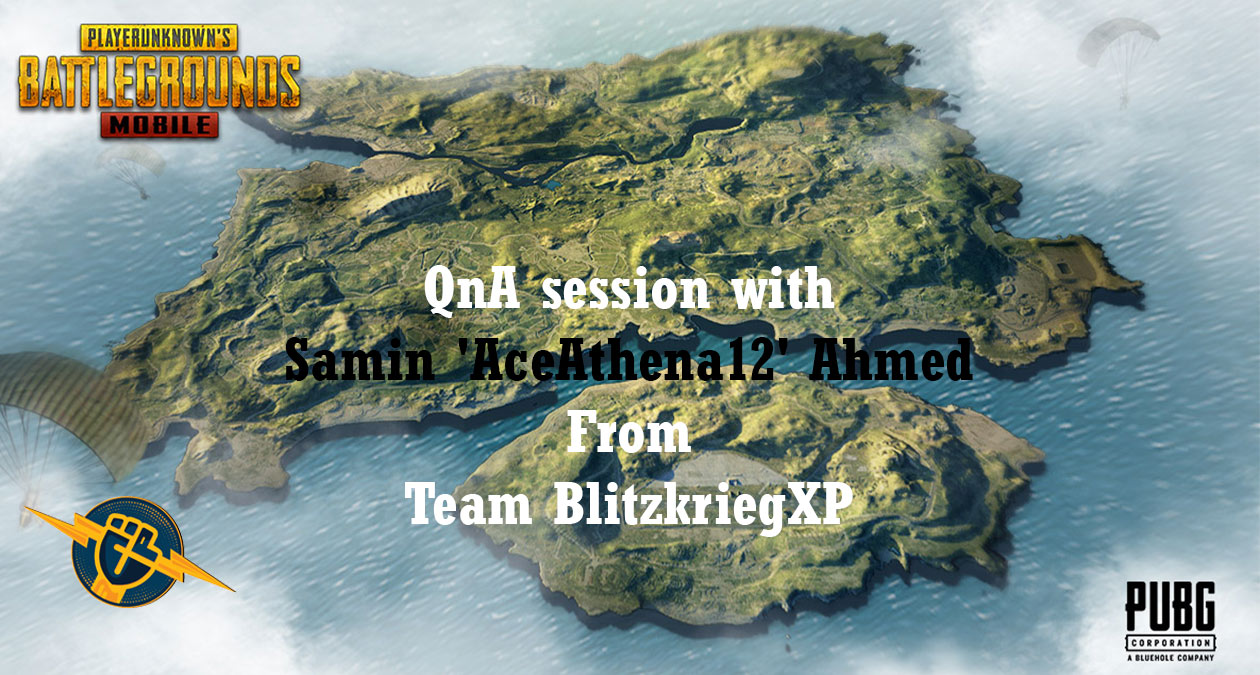 With the recent ban imposed by the Indian Government on PUBG Mobile along with a host of other apps, Indian Sports experienced a rude shock. With some teams going as far as dissolving their teams. We catch up with Ms. Samin ‘AceAthena12’ Ahmed, Marketing Head of Team BlitzkriegXP for a brief session of QnA’s. Here’s an excerpt from our session.

1. Tell us about BlitzkriegXP from its inception

BXP also participated in the PMCO Fall Split 2020 (PUBG Mobile Club Open), the biggest PUBG tournament in India and dominated right up to the finals with its PUBGM roster under the guidance of their PUBGM head coach, Vedang Chavan. However, ever since the PUBGM ban, BXP has revamped its strategy with a  drive to own the void.

2. How is BlitzkriegXP coping with the situation post-PUBG ban? Since the ban of PUBG, what are the tournaments in which BXP is looking forward to participating in?

Since the ban of PUBG Mobile, BlitzkriegXP has taken the optimistic route with the motive to seize the next big wave. We firmly believe a single game does not control the entire Indian Esports industry. Diversifying content creation and strategic brand integration is our next plan of action. We will hang tight and stay connected with our community through engaging content till the time another Esport’s competitive scene builds up and parallelly continue training our roster till they are ready to perform. Moreover, we have already pivoted to multiple other games and content curation around CODM, Among Us and Valorant which stand as the top most popular games in the world as of now!

3. During this lockdown more people have turned into online gaming or eSports, how is the growth of the eSports industry impacted?

We as marketers at BXP have always been keen on banking on the next big trend and the most prominent trend that picked up during lockdown was definitely, Esports. With game downloads increasing by 10x, the Indian mobile gaming market is projected to reach 628 million users by the end of 2020 positioning India to be the next major gaming market. The lockdown also brought about a huge spike in mobile gaming where people were seen to spend a great amount of time playing and streaming games at home.

As an Esports organizatiBXP.on, it is vital to bring about the right brand synergies and BXP strives to give the industry the kind of exposure it needs through strategic and focussed integrations, in this vastly untapped industry, whose only way is up!

4. Nowadays eSports is one of the most preferred careers among the youth, What do you think is required for an individual to make a mark in this blooming crowded industry?

Today, the Esports industry in India promises a plethora of career options including that of streamers, content curators, shout casters, professional gamers and even an Esports coach, who have all boosted the current Esports ecosystem.

While passion and dedication are vital to excel in these careers, a certain sense of judgement about which games to tap into will act as an additional benefit. Being proficient in your game play is of utmost importance but one should also focus on tailoring their personality and staying relevant to their audiences as Esports icons, through consistent and relatable content.

5. Where can you see BXP in the upcoming years and how do you plan to contribute in the eSports arena?

BlitzkriegXP’s vision is to command the international Esports scene and house some of the most talented rosters in India. Diversifying in terms of content for the community, training, and building rosters across different games and eventually competing in the biggest Esports competitions in India and then the world is the plan for the BXP’s future.

So there you have it folks, while the scene has been rudely shocked. Efforts are underway to find new avenues to revitalize it. We hope Team BXP will be among one of the front runners in this regards and wish them all the best.