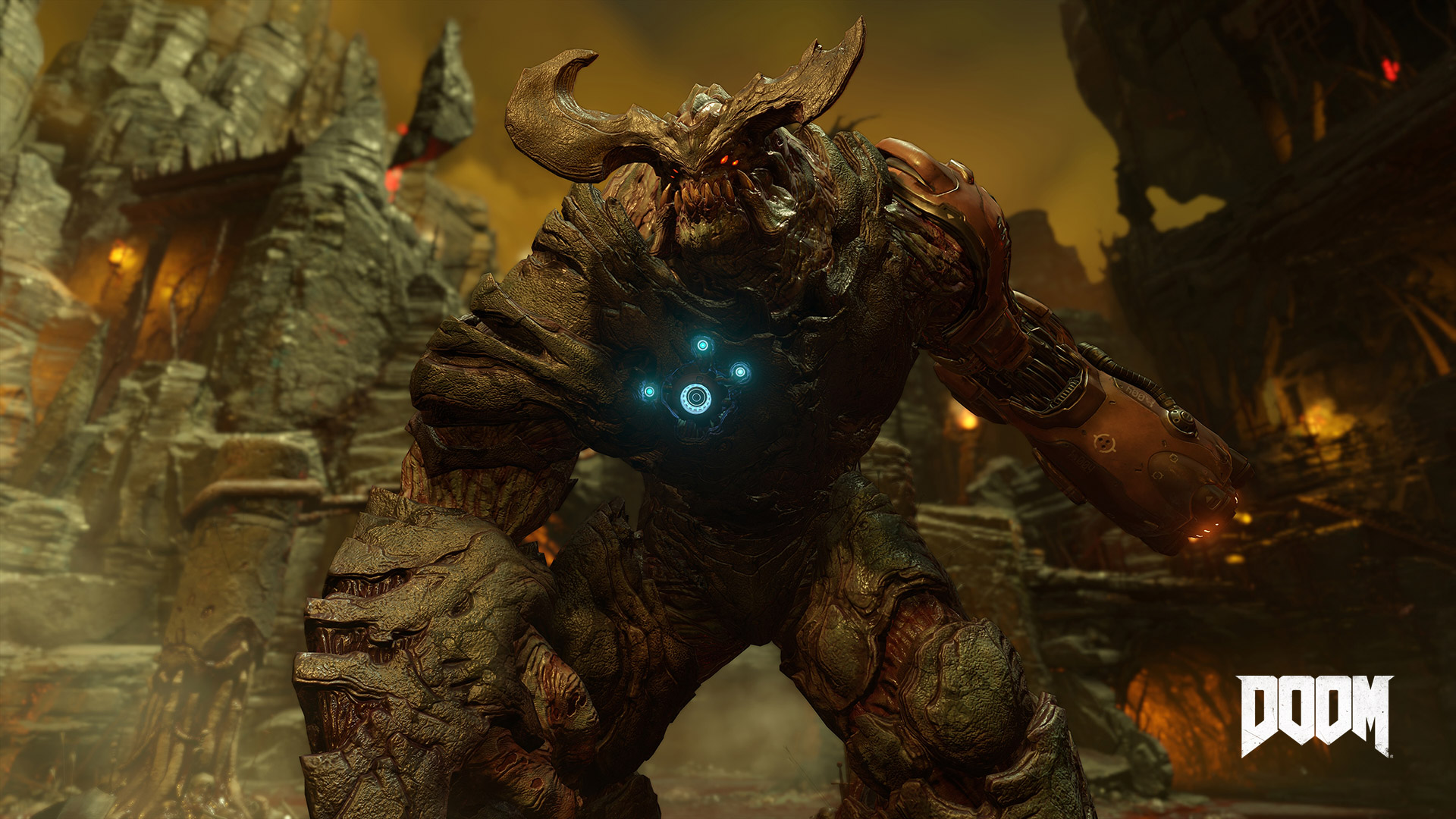 You are about to enter a room filled with demons, the corridor before it is silent with anticipation. You can hear the slight noises coming from the pipes above and the ventilator fans below. As you get in, the door slides open with a high note, the metal chords kick in and the demons unleash fury with their shrieks and roars. The bang from your shotgun sings in unison with the last cries of your hellish foes. Together with all these sounds, a melody is created that rings in your ears very familiarly – Yes, this is Doom.

Doom, just released recently, had a high level of anticipation since it was announced back in E3 2015. Though people weren’t happy with the beta, which was a lackluster and slow slice of the game, the single player kept it’s promise of the fast paced shooter it set itself out to be. It’s that mindless fun game, that you’ll play not for the somewhat competent story, nor the stunning graphics, but for that meaty gunplay that was a little rare in the First Person Shooters of recent years. Though I’m not going to talk about how the game redeemed itself after a bumpy beta, instead, I’m focusing on its sound design and how that affects the gameplay of Doom.

Over the past 30 years, graphics of video games have improved significantly. To the point where it’s hard to differentiate a 3D environment from the real world, especially if you’ve experienced a Virtual Reality headset.The same cannot be said for sound design. Unless you look at it very closely, sound design has stayed almost the same when it comes to improvement. There  hasn’t been a big jump in audio as there was the jump from 2D to 3D in graphics.This short ceiling for improvement made the game designers think on how to implement it better.

So what makes a good sound design ?

It’s the balanced blending of all types of music and sound effects used in a game, from the sound of your boots, the dripping of water to the explosions of bombs or rockets, the crisp and clunky sounds of guns. It has to maintain a certain level of precision. Sound doesn’t necessarily have to be higher quality or lower, as games far from the past have shown that you can have an excellent sound design even in low memory spaces.

Back in 1993, you could only fit in so much graphical or audio data into a floppy disc. So, both had to be pretty neatly packed. Video games, though had the graphics the technology of that time could allow, they had a higher ceiling for the sound design and music, which Id Software nailed it perfectly in their game Doom.They still instill that sense of badassery of a lone martian marine or ‘doom guy’. Guns like the shotgun and in doom 2, the super shotgun,  do sound like they’d blow your head off, while rocket launchers, plasma guns and the iconic BFG 9000 sound devastating. The 8-bit midi tune of the main theme is legendary.So much so, that the Doom reboot’s music lovingly recreates the iconic music from the starting level, however in a modern dubstep remix.

Fast forward to today, the modern iteration of doom certainly holds up to the proper design of sound. For every shotgun round you shoot or rocket you launch or for every glory kill, there is that sense of satisfaction triggered by the grotesque sounds breaking bones or ripping flesh. The game immerses you in a world that has gone to hell, the sounds of death and virulence liven up  the atmosphere beautifully. The guns here as well, sound quite powerful and that’s one of the reasons that make this game so good. Without this level of sound design, doom would lose half of its being. You can try by playing it with the audio muted, doesn’t feel right now does it ?

When the sound design is at its peak, it informs us of dangers, sets the mood for the atmosphere and provides satisfactions for encounters. There are many other games that consist of an excellent sound design in the current generation of gaming – Battlefield 4, Star Wars Battlefront, Overwatch to name a few from shooters. Though among all these there are a few bad examples(Looking at you, Black Ops 3). And thus, sound plays an important role in video games.