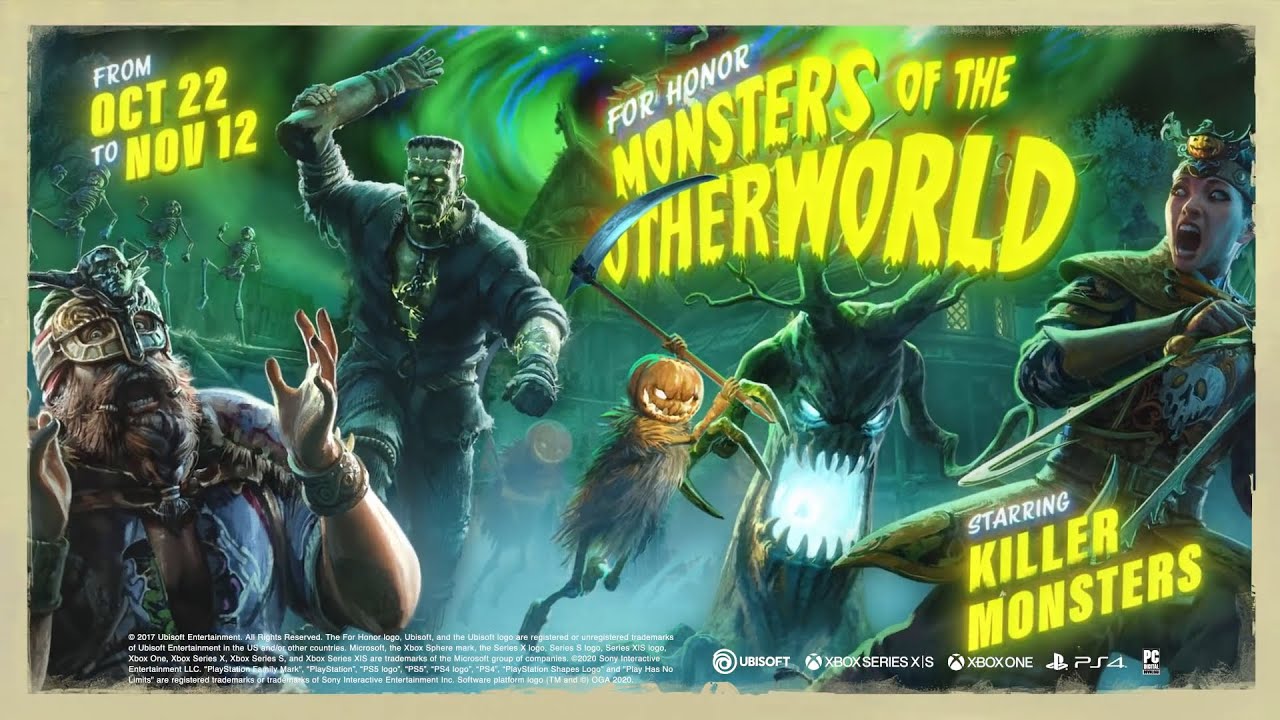 Ubisoft announced For Honor’s “Monsters Of The Otherworld,” a special Halloween in-game event that will be available tomorrow for free for all players on PlayStation®4 entertainment system, the Xbox One family of devices including the Xbox One X, and Windows PC, as well as on UPLAY+, the Ubisoft subscription service. UPLAY+ is €14.99 per month, and you can cancel anytime. More information at uplayplus.com.

The “Monsters Of The Otherworld” event will start on October 22 and run for three weeks, bringing two frightening PVP game modes inspired by Dominion mode. From October 22 to November 5, players can enjoy Endless March and battle Minions replaced by powerful skeletons, who pose a risky challenge for players to earn rewards of hard points. From November 5 to November 12 in Spooky Slashers, players can capture zones to gain special boosts and eliminate demons lurking around the map. With danger around every corner, players will have to be brave and show no mercy.

Players will have the chance to win new exclusive rewards such as weapons and ornaments, as well as rewards from past Halloween events during the three weeks. New items will also be available in the in-game store including illustrious outfits, masks, and execution modes.

The “Monsters Of The Otherworld” event comes as part of For Honor’s Year 4 Season 3 Resistance, which tells the story of the rebellious warriors who take a stand to defeat a common enemy: The Warmongers and their regime of terror. Resistance has brought a new event, new map, new Battle Pass, Battle Bundle, new seasonal customization, and other exciting updates to the game.

For more information about the season, visit forhonorgame.com/resistance.

Developed by Ubisoft Montreal in collaboration with other Ubisoft studios, For Honor offers an engaging campaign and thrilling multiplayer modes. Players embody warriors of the four great factions – the bold Knights, the brutal Vikings, the deadly Samurai and the fearsome Wu Lin – fighting to the death on intense and believable melee battlefields. The Art of Battle, the game’s innovative combat system that puts players in total control of their warriors, allows them to utilize the unique skills and combat style of each hero to vanquish all enemies who stand in their way.

An upcoming update will allow current-gen For Honor owners to play on Xbox Series S in 1080p resolution and on PlayStation®5 and Xbox Series X in 4K resolution for free through next-gen backward compatibility.