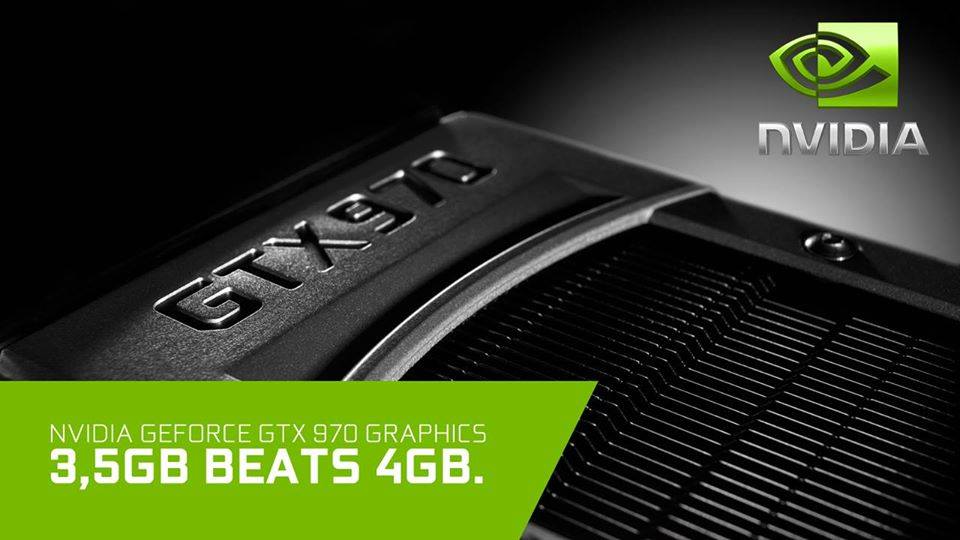 Nvidia’s GTX 970 when released took the world by storm,however over the past month a few bits of information surfaced which indicates the GTX 970 might not be what all though it to be.

Firstly some user over at anandtech and overclock.net forums started reporting performance issues on their GTX 970’s.
For example one user here found the total usage is getting topped out a 3.5 GB when the card is stressed fully.

As it turned out according to Anandtech

So in reality while the 3.5GB of Vram was running at a speed of 192GB/s and the remaining 512 MB was running at 28MB/s(effectively 1/7th of the speed it should run at).

I would suggest everyone to read the article written by the good folks over at Anandtech for a detailed info.

Nvidia as of now is trying to downplay the issue saying it was a miscommunication between the PR and Engineering department and skirted around it.

However this has not gone down well with many useres over the internet and after some pressure from the public offered a refund(citations needed) to all its users who have purchased the GTX 970.

Whether this will solve the the problem or not is something time will only tell.

Now some may ask what does it matter? Since technically they have 4GB on board.
As a matter of fact the performance problem wont arise until one loads up their cards fully however for users who have brought the card for gaming in resolution bigger than 1920×1080,they are going to get hurt form the huge performance difference between the two segments of the memory. The issues can range from FPS drop to total game crash.

What Nvidia has done cannot be supported,one cannot expect a product which has gone countless hours of RnD,can come up with such a critical flaw which will hinder its performance;and as such Nvidia has to make things right.
Since the internet doesn’t forget ts no use for Nvidia to skirt around the issue and let it snowball into something which they cannot control.

Now it is remained to be seen whether Nvidia continues to lie about this issue or actually owns up to this critical flaw.