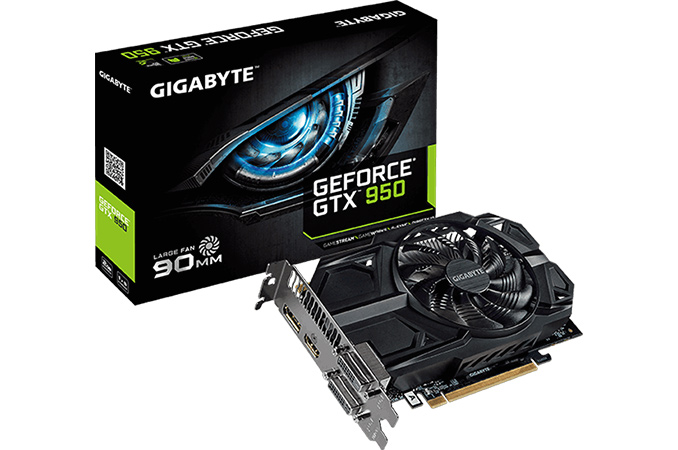 Taking a que from its competitors Gigabyte quietly introduces low-power GeForce GTX 950 video card to its lineup. The product does not require an auxiliary power connector unlike Nvidia’s reference design of the GM206 based chip. Low power GTX 950’s been a trend lately with cards from Asus , EVGA and MSI among others, Gigabytes offering will compete with cards from the other three.

The GIGABYTE GV-N950D5-2GD is based on  Nvidia’s default configuration of GTX 950 ( 768 stream processors, 48 texture units, 32 ROPs, 128-bit GDDR5 memory interface), the place where it deviates from the reference design is the power consumption. The GIGABYTE GV-N950D5-2GD doesn’t exceed 75W in power consumption so it can very well live without the external power connector. The GTX 950 due to its low power configuration is not factory overclocked out of the box, it comes with a frequency of 1051/1228 MHz which is a tad bit more than Nvidia’s reference design and thus should offer pretty much the same performance. 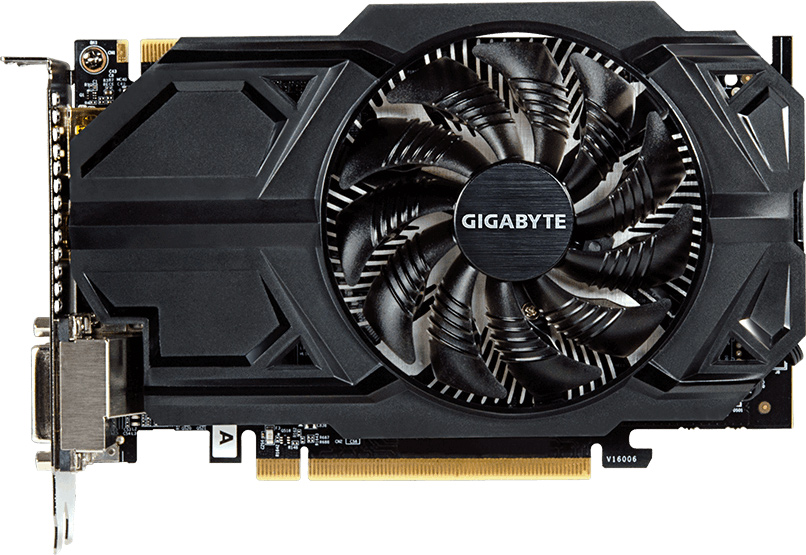 Coming to other specifications the board is equipped with 2GB of GDDR5 memory clocked at 6.6GHz effective speed, two DVI connectors, one HDMI 2.0 port and one DisplayPort output. Cooling wise we see a modest dual slot cooler equipped with a 90MM fan which should be sufficient given power efficiency is one of the selling point of this product. Since the card is expected to last long Gigabyte used premium component like solid-state inductors and capacitors to build the GV-N950D5-2GD.

Gigabyte quietly slipped the GV-N950D5-2GD into their lineup after Asus, EVGA and MSI came out with their version of low power GTX 950’s. These products can be used to upgrade inexpensive PC’s where the user do not have the luxury of adding a PSU with an auxiliary power connector or in HTPC’s and low powered gaming PCs.  Since the GM206 is only chip available in the market that supports hardware-accelerated decoding and encoding of H.265 (HEVC) video, as well as HDCP 2.2 content protection over HDMI 2.0(for Ultra HD Blu Ray content), modern HTPC builders do not have much choice while looking for an inexpensive GPU.

With the addition of Gigabytes own take on the GM206-251 based GPU’s virtually every manufacturer on the market has a low powered GTX 950 in thier lineup, how good are they is something time will only tell.