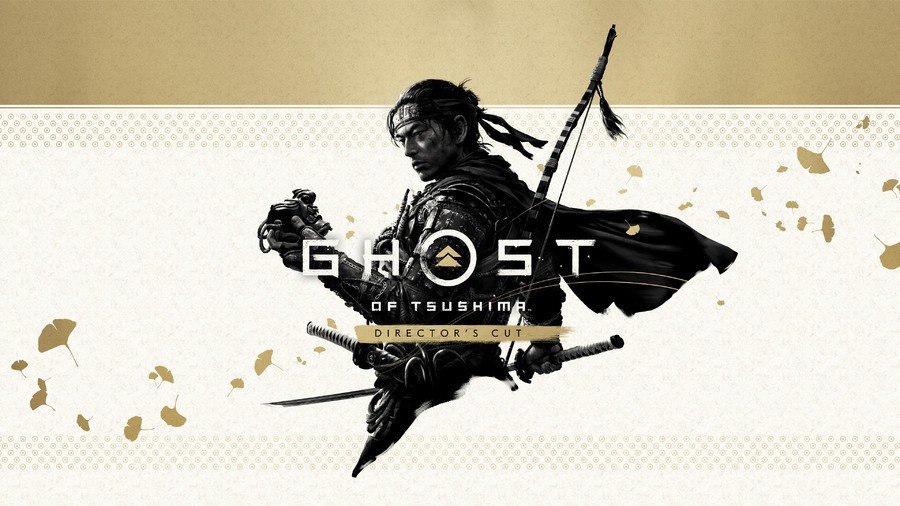 Ghost of Tsushima was my personal GOTY last year, and considering the number of great games that came out last year, that was a really tough decision. The open-world masterpiece combined excellent storytelling, engaging gameplay with breathtaking visuals.

Now, after almost a year on the PS4 family of consoles and an enhanced mode for PS5, Ghost of Tsushima finally makes it fully-fledged next-gen debut with Director’s Cut. Featuring improved visuals and technical features as well as a brand new island to explore and a new story to experience.

Sucker Punch’s Japanese odyssey tells us of the story of Jin Sakai, a samurai torn between honoring his ideals and duty to protect his land at all costs. Taking place during the Mongol invasion of Japan, Jin must fight against the invaders in order to save his fellow countrymen.

The main story takes place on the island of Tsushima, a set of Japanese islands in the country of Japan, during a period of turmoil where it comes under siege by the unstoppable hosts of Kublai Khan, who aspires to conquer the land of the rising sun. Little by little Jin undoes the ideals with which he has grown up in order to even the odds against his ruthless opponents. Reluctantly he discards his notions of honor to become the sinister figure of the “ghost” for the sake of his people.

Director’s cut introduces a new plot that takes place in the island of Iki, where Jin has to confront his past. The story feels remarkably organic and never for a second did I feel it was added in after the release of the base game. You are free to take on the campaign right after the first act.

Ghost of Tsushima owes its maximum influence to samurai movies and the gameplay reflects this. The fighting mechanics have a unique aesthetic and mechanical connotations that will be appreciated by samurai fans from the very beginning. It is remarkable the effort that has been put into the recreation of combat with this weapon, the animations, the way of moving, and how the whole body accompanies the movements according to the weapon we are facing. The katana is the foundation stone of the action, here there is no variety of weapons to carry or anything like that, everything is centered around the legendary Japanese steel.

To ensure that the limited selection of weapons feels rich enough to sustain the entire game, the combat system is elaborate and has a tactical touch that keeps it interesting and varied throughout the game. As we play and eliminate or observe Mongol leaders, we unlock the four positions from which to strike, each with a variety of combinations and, most importantly, each particularly effective against certain types of enemies. It is not that you cannot defeat an enemy if you do not use the correct position, but it makes things easier to do so since you can break their defenses more quickly and since a fast change is used in real-time. You can also upgrade your weapons with a huge selection of upgrades to make it more efficient.

The peak of the gameplay is during the moments of individual duels, one-on-one combat against renowned enemies in which you will not be able to flee or use any of the tricks from Jin’s arsenal. Pure and hard combat of skill and reflexes in which some of the virtues of the proposed system are evident, such as the importance of carefully measuring the moment to block the rival attack, to be able to carry out a powerful counterattack, or the dexterity to dodge the opponent. rival at the right time. An attempt is made to reflect at different times the stress of handling a weapon known for its speed and lethality, in which a fight can be decided in moments.

But head-on ‘honorable’ combat is just one facet of Ghost of Tsushima. On the opposite pillar rests the other alternatives of Jin’s arsenal, with a wide variety of weapons and utilities that will make him more adaptable to the circumstances that he will face. This complementary arsenal is limited but easily replenished and extremely useful in facilitating combat. The kunai, throwable blades, will allow us to quickly kill the annoying Mongol dogs and can unbalance any enemy no matter how armored it is, which will allow us to cancel their attacks momentarily and open a window of opportunity to launch a wave of attacks; The smoke bomb will allow us to hide in front of the enemies’ noses again, especially powerful if we expand our assassination capacity to three enemies together. We also have a sticky bomb that can do significant damage to a group of enemies and a tool that will attract the attention of the guards so that we can go the other way if we look more for pure infiltration. To all this, we must add the use of the bow and a couple of other elements that will give us many options when it comes to planting in Mongolian terrain.

On normal difficulty, it isn’t that difficult to face a large group of enemies head-on, but on higher difficulties, you will get slaughtered unless you have excellent reflexes. The attack patterns are designed so that if you focus too much on one enemy, others will attack you from the blind spot, while several enemies can launch attacks almost simultaneously, which makes it advisable to use the aforementioned tricks to avoid having multiple enemies.

The Director’s Cut doesn’t add a lot in terms of new gameplay mechanics and is mostly more of what we already love about the base game. But you can pet a lot more animals this time around so that alone justifies the price tag.

This is where the people upgrading from the PS4 version to the PS5 will notice the most. Right off the bat, the game looks crisp and overall a lot more gorgeous thanks to the bump in visuals and 4k resolution. Ghost of Tsushima was already a great-looking game on the previous-gen consoles, but the added fidelity makes everything look a lot better. The framerate is a lot more stable as well, with a 60 FPS target.

For people who were disappointed with the Japanese lip sync in the base game, the director’s cut fixes that with properly syncing. There are a lot more tiny enhancements as well, including the excellent haptic feedback and massively reduced loading times.

I highly recommend playing in the Kurosawa mode at least once on the director’s cut thanks to these new improvements.