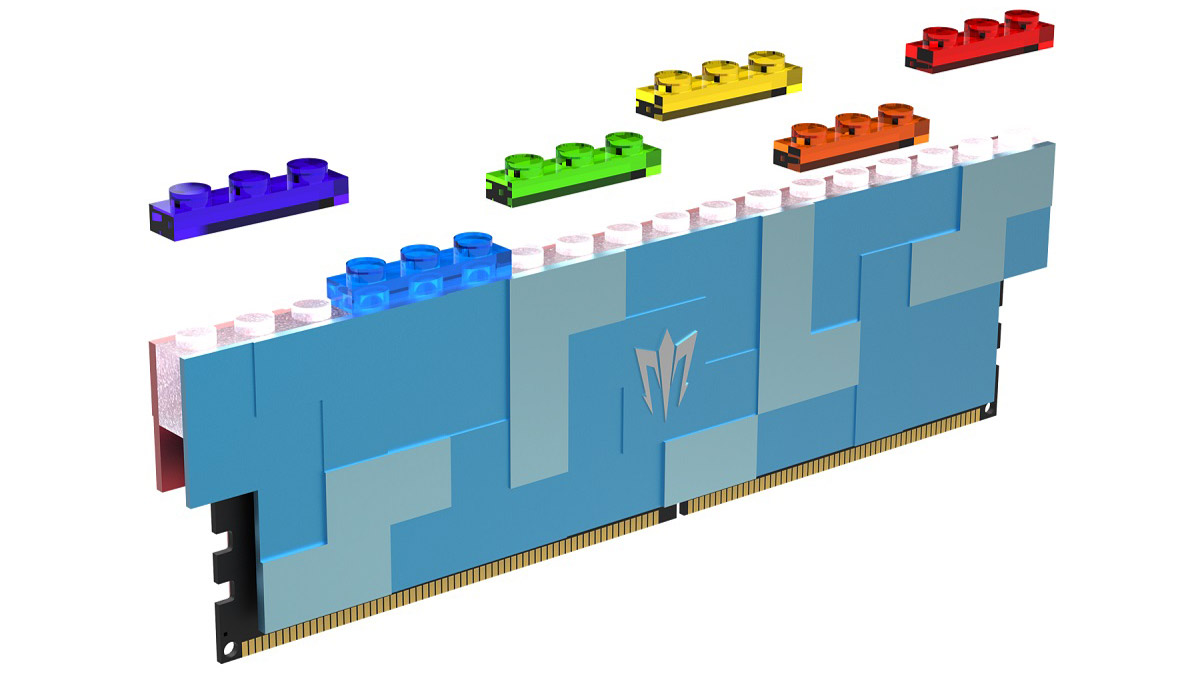 Galax is known for some quirky hardware designs. One of those concepts includes legos (yes THAT legos). They first showed off these concepts with its new GeForce RTX 30 series Gamer series, which is the first time they have ever collaborated with LEGO. This series includes plates that are compatible with their bricks or mini figurines.

The rumors on the Interwebz suggest that Galax will be bringing the same Lego treatment to its memory line too, in form of Gamer DDR5 Memory. The sticks will be available in two color accents (blue and red), the sticks will have an ARGB strip with an interlocking mechanism compatible with LEGO and other brick systems.

Initially, Galax will have 2x16GB kits followed by 2x8GB and 2x32GB. According to our sources, GALAX will offer JEDEC’s standard 4800 MT/s kits for now. Pricing and availability are unknown at this moment which we expect to be announced as Intels Alderlake launch comes near.

Like all its “Gamer” line of products, the Galax GAMER DDR5 will in all probability be exclusive to the Chinese markets only, which is kinda saddening for others. But all hope is not lost since we still have time.