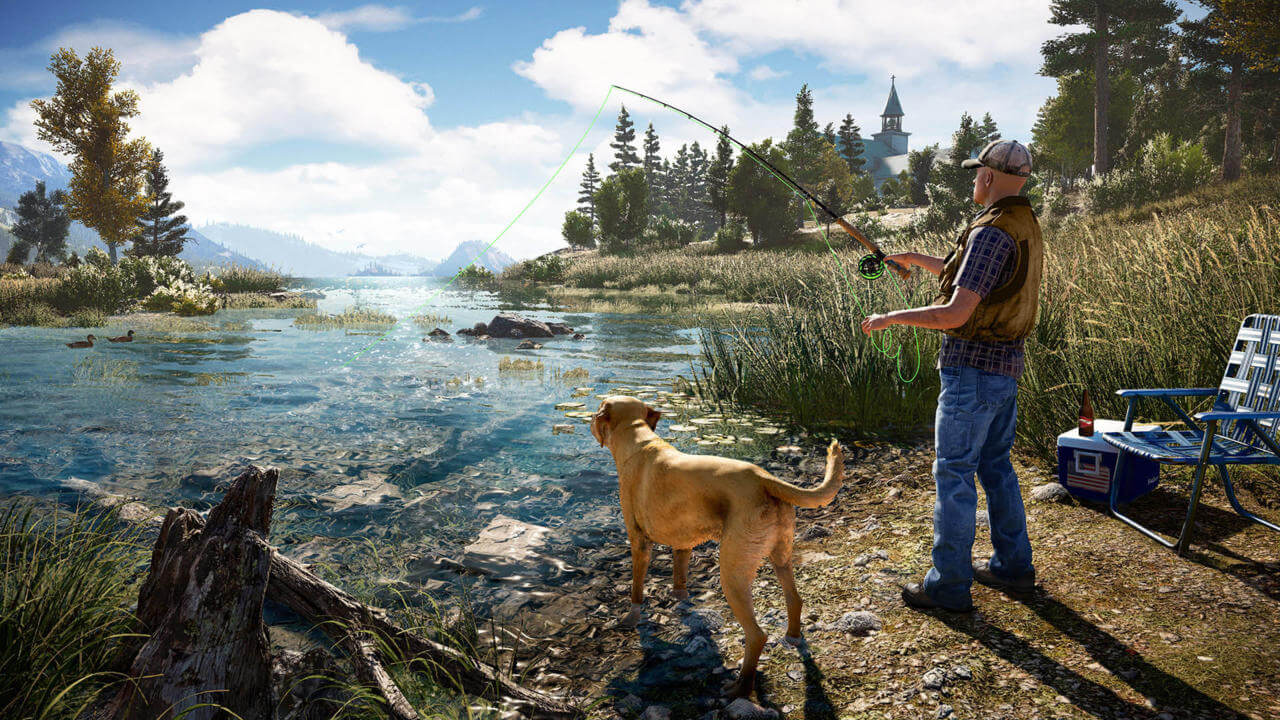 Far Cry 5 is the latest entry in the long running first-person open world franchise from Ubisoft.
Pitting the unnamed player in the hearts of Montana in the US of A against a crazed religious cult led by Joseph Seed AKA The Father, Far Cry 5 marks a radical departure from the previous installments with a number of positive changes and refinements to its core gameplay.

The world of Montana is a welcome change from the exotic locations of the previous games. Gone are the long stretches of Jungles, and is instead replaced by long roads with rivers, mountains and pasture lands with small towns in between. It is a much relatable location that goes along with the politically charged story that mirrors the current political tensions in reality. 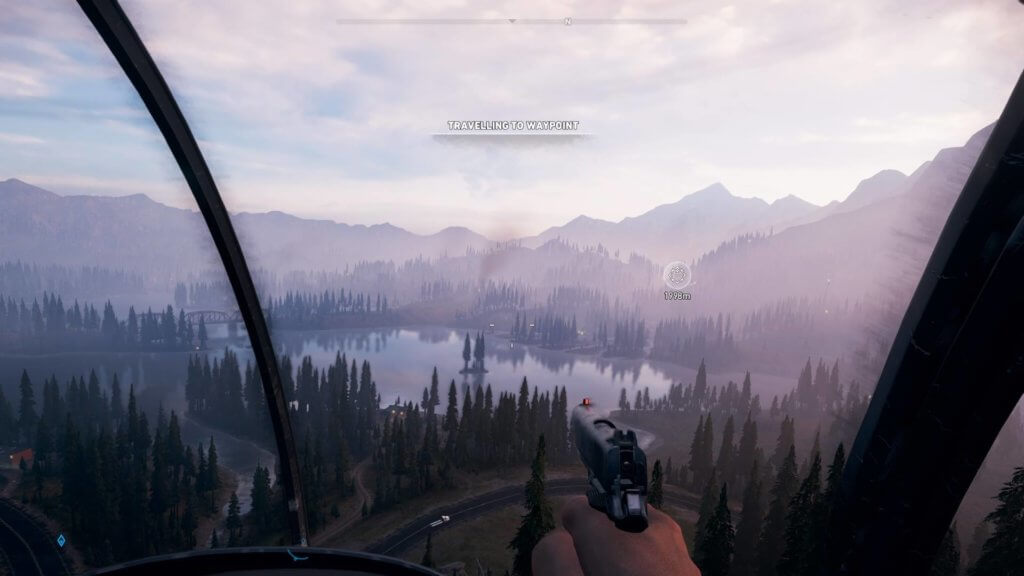 The gameplay in Far Cry 5 as I mentioned before has undergone changes to its core gameplay that affected the very way I played the game. The towers that you had to climb in the previous games are now gone, and you have to actually explore the world to find interesting spots. Looking at road signs revealed animal hunting grounds, reading letters and rescuing civilians would open up new side quests, locations of interest and other activities. This organic approach to revealing the map is further complemented by the lack of a minimap, which had been done in Far Cry 2 before. Without a mini-map to distract me, I found myself actually taking the time to look and appreciate the beautiful world that Ubisoft had crafted. The game felt more natural and immersive for me and as someone who has played every game in this series, the changes were much welcome, adding fresh life to the franchise.

The fictional county of Montana is the biggest open world that Ubisoft has designed for the Far Cry series, with three huge intimidating regions available for the player to explore.

Keeping up with the positive refinements, exploration is also handled in a less restrictive way than previous games. After a brief explosive starting sequence, you are free to explore the entirety of Montana and its three regions in any manner you choose.

These three regions are each controlled by lieutenants in Joseph Seed’s family and have their own set of missions, side activities for you to complete. Completing these missions and dynamic events that enfold as you travel through the world rewards you with resistance points which increase the resistance meter and unlock new vehicles, weapons and customization options for you to use. With each bar, you fill more people will join the resistance and once the meter is filled, you can go up against the controlling lieutenant and liberate the region.  To explore the daunting world of Montana, the roster of vehicles has also been increased with Helicopters, Sea Planes, Muscle Cars, and Trucks. These vehicles can be “borrowed” from the open world, or spawned from the garages that are placed around the country. 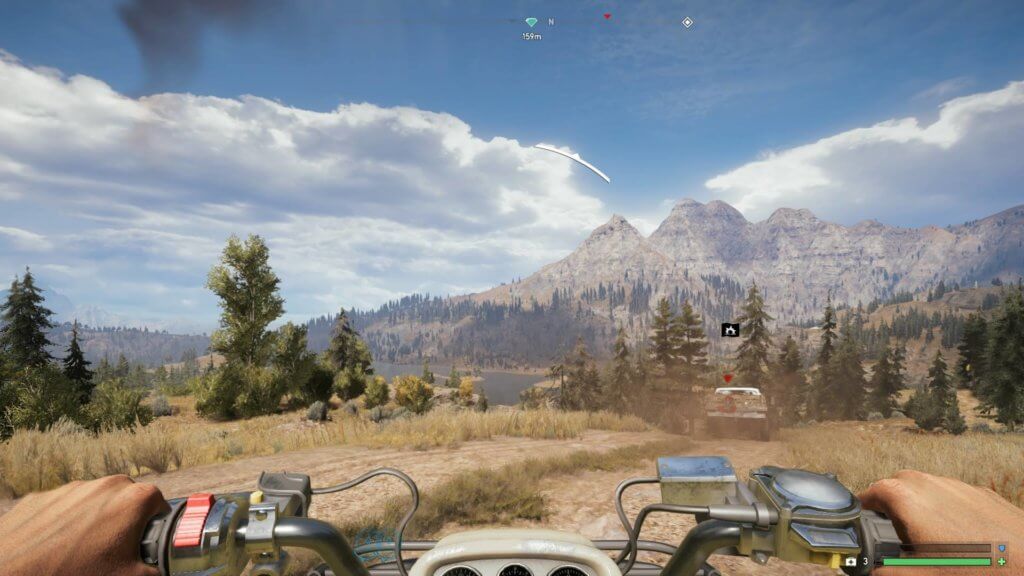 XP has been removed but the perk system remains, instead of gaining XP for random things you do, you are now awarded Perk Points upon completing challenges and finding perk magazines from Prepper stashes. These challenges range from companion kills to hunting achievements. It is a very rewarding dynamic that encourages you to go out and explore the world partaking in side activities.

The much-loved companions feature from Far Cry 2 returns in Far Cry 5 as Guns for Hire. You can now take up to two(with perks) specialists with you, to compliment or fill in a gap in your skillset. These companions offer a lot of interesting conversations that reveal a lot about the lore, though I found the lack of variety in their dialogue disappointing.

One major gripe that I would like to point out here, are the bugs. My Guns for Hire would frequently glitch out and die, the enemy AI would walk around in circles and I fell through the game map on multiple occasions.  These bugs were minor at first but after repeatedly dying in missions due to my companions bugging out seriously hindered my enjoyment of the game, which is a shame because I found myself really enjoying the other parts of the game.

The story in Far Cry 5 is handled in a very nonlinear fashion, instead of a specific linear progression in the storyline you are instead given a choice to take down the three lieutenants in any manner you want. This choice and lack of hand-holding can seem very intimidating and daunting at first but I quickly found myself enjoying the world more because I had no constraints and it felt more natural. The player is a mostly silent unnamed deputy in the police force and is simply referred to as The Rook. You can change the gender and customize your character’s clothing for co-op but can’t really see your character outside of the death screen where you are put into an awkward third-person camera of your character. 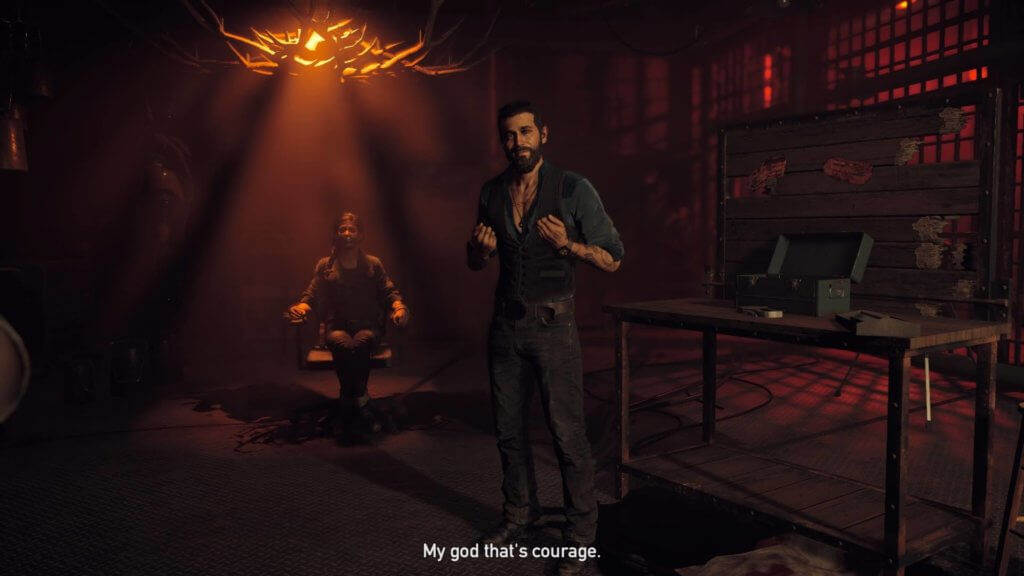 The characters are well voiced but mixed in terms of performance. Your companions and side characters are mostly forgettable with tried and tested archetypes but feature a lot of returning characters that you can recognize if you’ve played the previous games, adding to the there’s an entire world out there effect and establishing the continuity and relationship between the various Far Cry games. The main cast of Joseph’s family are charismatic villains but not memorable, and while Far Cry 5 tries to take political issues head-on with a more heated scenario, the story itself falls flat of any memorable or volatile developments. Interestingly, the most exciting and stunning missions in the story are linear corridors or on the rails set pieces that are in contrast to the freedom in approach that I was accustomed to. 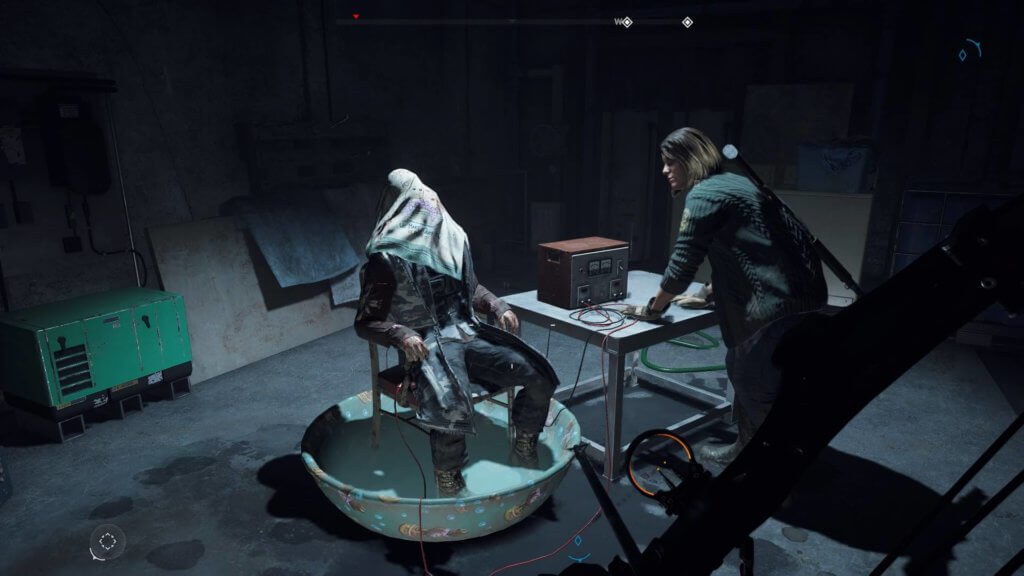 But the real story in Far Cry 5 is to be enjoyed by taking the time to explore the world, carefully constructed and well-placed objects and NPCs in the real world tell a better story than the actual story does, and I was often rewarded with interesting lore whenever I took the path less taken.

The Dunia engine is one of my personal favorites when it comes to game technologies, and it does not disappoint this time around. The vast world of Montana is brought to life with gorgeous visuals and a living ecosystem that exists without the player’s intervention. Far Cry 5’s Montana is a benchmark in-game world and development but is sadly crippled by bugs. 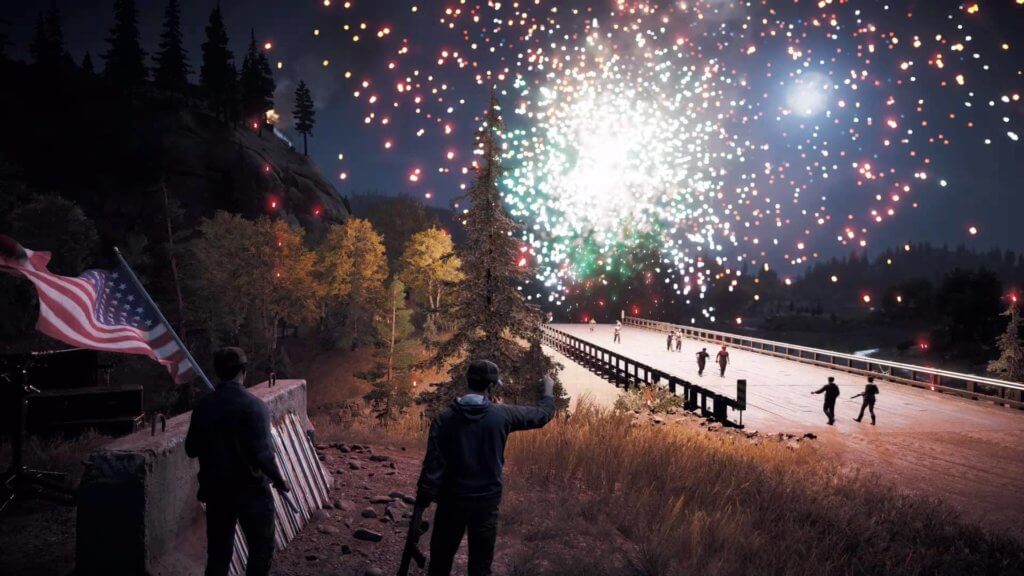 The game is very well optimized on PC and on consoles running with 30 FPS locked on the latter without any hiccups.