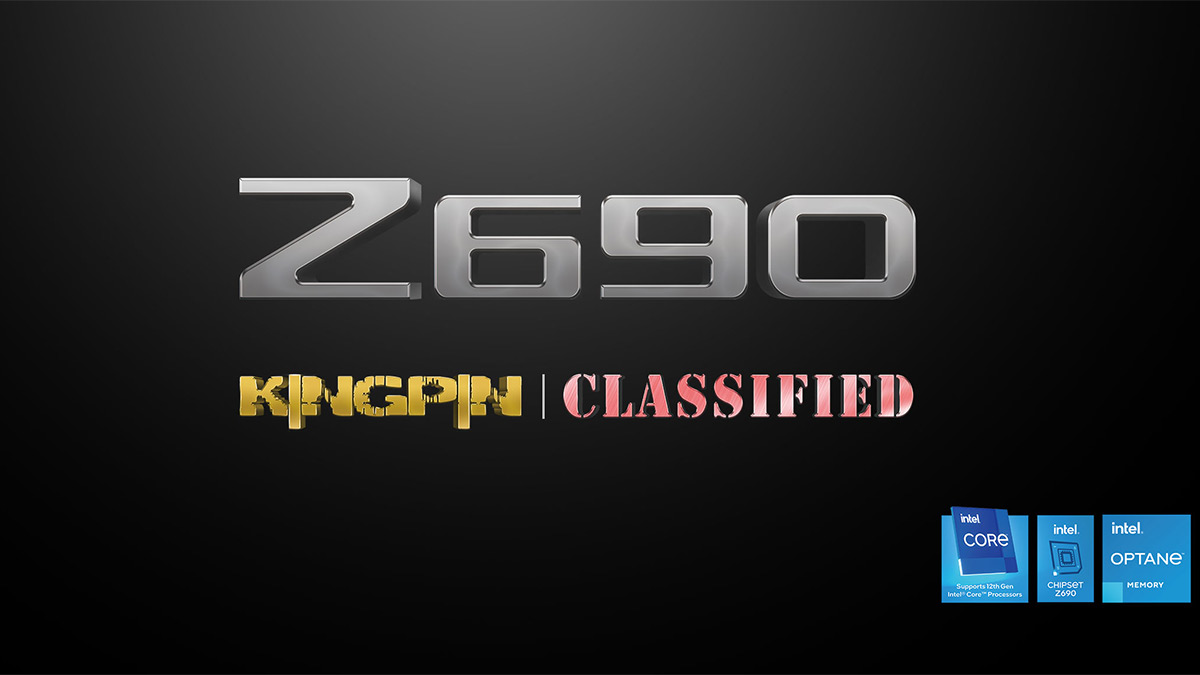 Intel Alderlake processors have just launched along with Z690 motherboards from Asus, MSI, and Gigabyte, etc. EVGA also decided to announce their Z690 stack comprising of both top-end and mid-end models. Enter the Z690 DARK K|NGP|N and CLASSIFIED.

EVGA DARK motherboards blaze the trail for other boards to follow, and the Z690 DARK K|NGP|N is no exception. The ability to destroy world records is insignificant next to the power of a 21-phase VRM and a 10-layer PCB – capable of driving the most powerful 12th Gen Intel® Core™ processors. With DDR5, PCIe Gen5, and PCIe Gen4 M.2 NVMe support, a new DARK age of overclocking will rise as quickly as new hardware becomes available. Multiple USB options, 8x SATA 6Gb/s ports, 2x 2.5Gbps NICs + Wi-Fi 6E / BT 5.1, 7.1 HD audio, 3x M.2 Key-M slots, and 2x pump headers exclusively built for CPU AIO cooling help round out everything else you need in a premium motherboard. The Z690 DARK K|NGP|N is today’s choice for the future of overclocking and gaming.

The EVGA Z690 CLASSIFIED is revealed as the latest addition to EVGA’s most-respected line of motherboards. Although few details are known, this motherboard is rumored to fully support the latest 12th Gen Intel® Core™ Series Processors and take full advantage of PCIe Gen5 and PCIe Gen4 M.2 NVMe SSDs. Other reports indicate that the EVGA Z690 CLASSIFIED provides unbeatable power, performance and stability via a 19-phase VRM and 10-layer PCB. EVGA neither confirms nor denies support for 128GB of DDR5 memory, 2x 2.5Gbps NIC + Wi-Fi 6E / BT 5.1, 7.1 HD audio, or multiple USB options. All evidence points to the conclusion that this board is designed for the ultimate gaming experience; everything else is Z690 CLASSIFIED.

To learn more, visit https://www.evga.com/articles/01523/Introducing-the-EVGA-Z690 and stay tuned to TechARX.