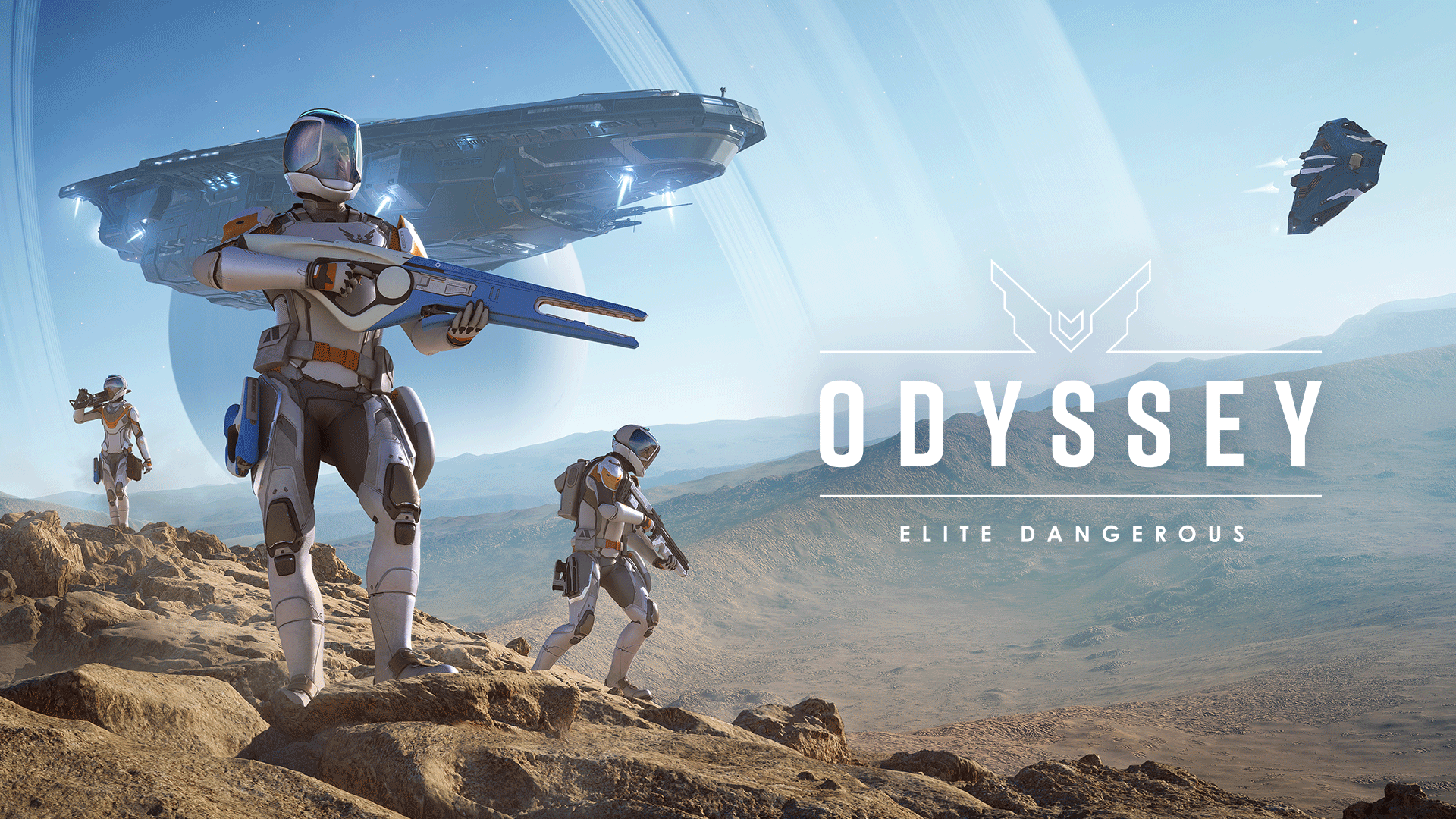 Since Elite Dangerous has been released almost half a decade ago, the game has steadily received a plethora of content in the form of free updates and the Horizons expansion, which was recently made free for all players. The scope of a game world as huge as Elite’s with mechanics that are deep and complex means that adding any post-game content is a huge challenge, and nothing comes close to the huge scope that Odyssey brings with it.

True to the simulator roots of Elite Dangerous, visiting planets are experiences that require planning. It is not as simple as getting on a ship and flying from planet to planet. The atmosphere, pressure, temperature, gravity amongst other things must be taken into account before disembarking if we do not want to die of hypothermia or run out of oxygen after a few minutes.

Although it was possible to make landfall on planets before, they were mostly barren except for some natural features and the occasional man-made structure. Odyssey expands on this vastly by introducing new types of planets as well as overhauling the surfaces of these planets. Settlements are present that you visit and interact with NPCs and there’s a lot of other improvements overall to the entire on planet experience.

There’s a wide variety of missions that take advantage of these newly added mechanics and you can embark on them from the starport, which also acts as commercial hubs. It was truly mind-boggling to finally be able to walk around and interact with these NPCs that were giving us missions before but we could only see their pictures or hear their voices. You can also meet other players in these hubs but taking into account the vastness of Elite’s universe, it’s going to be just as rare as the base game if only a tad better because of the limited number of starports available, which is still staggering.

Getting back to the missions, you can participate in missions that require you to assault on hostile territory, recapturing locations, espionage like data collection missions and a lot of missions allow you to complete them in the playstyle that you want. Sometimes you can talk your way through a situation that would have otherwise proved to be a standoff, or you can stealthily dispatch all your foes or you can avoid any confrontation altogether unless the mission explicitly requires you to dispatch a target.

Gunplay in Odyssey is serviceable, it’s not exactly reinventing the wheel but the mechanics are solid and get the job done. There are three damage types when it comes to weapons: plasma, laser, and kinetics. These 3 categories are then spread around the usual variety of weapons that you can expect from an action game: pistols, assault rifles, shotguns, missile launchers, and grenades. If that wasn’t enough variety for you, you can further modify them with mods.

You can also now purchase and customize different suits: the flight suit which as its name implies is worn while flying your spacecraft, the Maverick suit used best when collecting resources, the Artemis suit which designed for exploration, and the Dominator suit suited for combat. There’s also a wide variety of consumables and other utility tools to help you out in your missions such as a scanner and cutter.

Of course, shooting or participating in missions is just one of the many playstyles you can choose when it comes to Odyssey and much like the base game, exploration is still a key factor and a viable way to make money. The newly added sampling tool, catalogs all the species and forms of life that you will come across in your travels and adds them to the codex. You can also extract genetic tissue from these life forms and later exchange it for rewards in the spaceports.

So there’s no shortage of content when it comes to all the things that added by the game but how much of it is actually good and how much of it is just filler? Well, surprisingly a lot of the content is unique, at least about as much as you can expect from a game with as huge as a scope like Elite. The new mechanics are also just as well fleshed out, and the audio design remains excellent. The new visual tweaks are subtle in some areas and completely game-changing in others. And yet, the DLC disappoints in a lot of key areas.

For starters, the animation that plays when you get into your ships is lacking. Do you know why its lacking? because it’s not there. Why would Frontier not include this. It’s not like they lack the talent, because they have created some crazily detailed structures and mechanics, and yet when it comes to a basic thing such as getting into your ship, it’s a simple blue marker that you step into and are then greeted with a black screen before showing up in your cockpit.

There’s also a lot of bugs, and even though as I’m publishing this review the DLC has received a lot of patches, there are still quite a few of them left. The optimization is also horrible, and anyone without at least an entry-level beefy PC is going to find themselves greeted with sub 30 framerates on foot. This is a sharp change from the level of optimization that the base game had, and it quite understandably caused a lot of long-time fans to be disappointed.

But thankfully most of these issues can be fixed, and Frontier seems to be taking this rocky launch seriously and releasing patches constantly. I hope Frontier continues listening to the community and improving the DLC because it has laid down a really good foundation for the future of Elite.