Yesterday Deep Silver, the publishers of games like Metro: Last Light and Saints Row 4 announced that the players will be able to revisit the epic, batshit crazy terror of the fan-favourite zombie slaying fest. Both Dead Island and its expansion Dead Island: Riptide will be getting remastered as Dead Island Definitive Edition arrives on all the major platforms on March 31st, 2016. With completely immensely upgraded and drastically improved versions of the first two installments of the series, you better be ready to re-indulge in the ultimate Dead Island experience.

The two have been given a complete facelift with the usage of Techland’s next-gen engine, adding monumental visual and performance enhancements, whilst integrating cutting edge current-gen effects into the game like:

Better Texture Quality
The original games’ textures have been given an overhaul and have been redone in a higher resolution. There have been changes in the level of quality, which has been increased all over the board.

Enhancement in Image Quality via Anti-Aliasing
With the addition of greater anti-aliasing elements, the jagged edges will now be smoother throughout the zombie-infested land of Banoi, delivering a much cleaner look throughout.

Improved game models and gameplay features
All the major assets like the NPCs and character models showcase significant improvement in their quality.

HBAO and Motion-Blur Effects
The inclusion of Horizon-Based Ambient Occlusion adds an extra creamy layer of realism and depth to the world, through a better application of shadows given out by objects. Likewise, the introduction of brand-new motion blur effects delivers a much more cinematic feel to the game.

Power Fists Power-up
Upon the release of the game, this unofficial mod for the PC became an instant hit among fans of the game. Now, as both the games officially include this crazy power-up, we fans get to punch our way through the mayhem with the most goddamn berserk power-up ever. 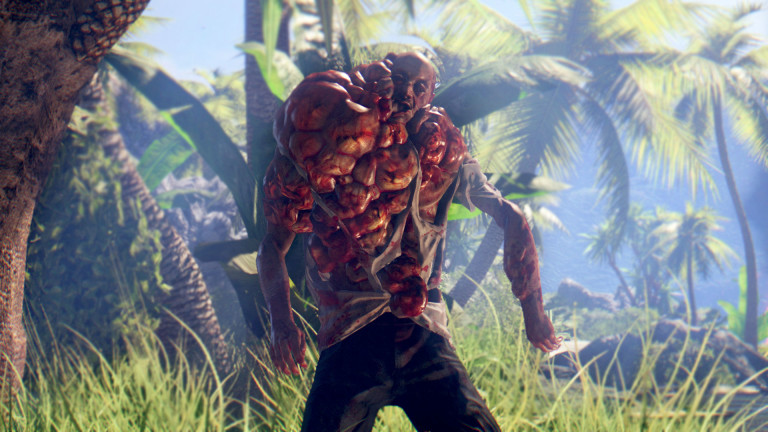 Adding to this delight-fest, Deep Silver have announced the addition of a brand new side scroller/endless runner action game titled Dead Island Retro Revenge. A quick glance at the features of the game:

• Collect and customize thousands of weapons ranging from simple wooden bats and fire axes to heavy rifles as you search for the makings of the ultimate zombie-slaying tool.

• Get all the gore you can handle with the incredible details of the layered damage system that gives unprecedented visuals of the effects of each attack, enhanced by the first-person action perspective.

• Navigate the island by boat, the sole remaining mode of transportation.

• Orchestrate a system of traps, fences and turrets to fend off the oncoming zombies and protect the humans who are still alive.