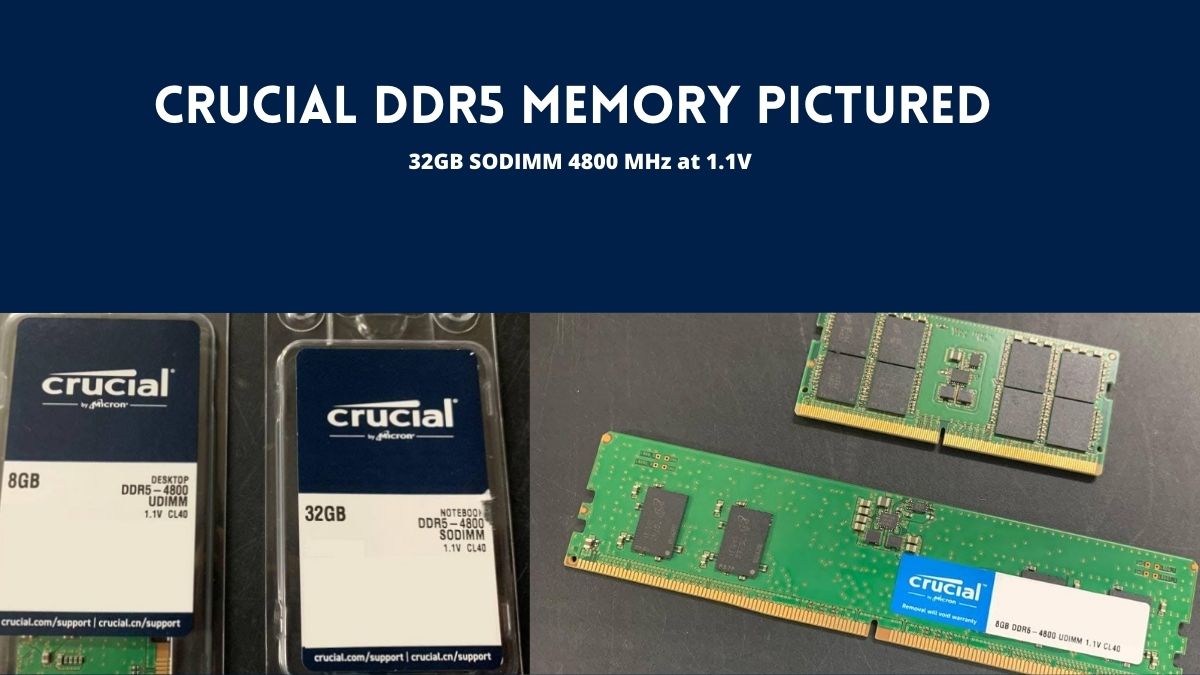 Crucial has shown desktop and laptop memories for the first time. for the first time, we see DDR5 SODIMM modules with 32GB memory at 4800 Mhz frequency and the standard voltage of 1.1V. Their desktop memory modules feature fewer memory chips per module and caps at 8GB of memory.  Both modules have a CAS Latency of 40 cycles, which now seems like a standard on all recent early DDR5 modules that we have seen from other brands such as Netac, Jiahe Jinwei, and Asgard in our previous article.

The DDR5 technology improves memory size and speed while also being energy efficient and being able to run very high frequencies at the same 1.1V power draw. These Crucial DDR5 memory modules will feature onboard power controllers, which will enhance its overclocking potential. Multiple memory module manufacturers have already announced that they are developing RAM kits with frequencies of 6400 MHz. With Time we may also see 10,000MHz memory kit promises being completed.

Both AMD and Intel are now going to feature to DDR5 supported platform. Intel’s 12th Gen Alder Lake series processors will support DDR5-4800 memory, according to previous leaks. AMD is also developing its new Zen4 architecture that will bring DDR5 memory support a well, however, this is not totally confirmed yet.