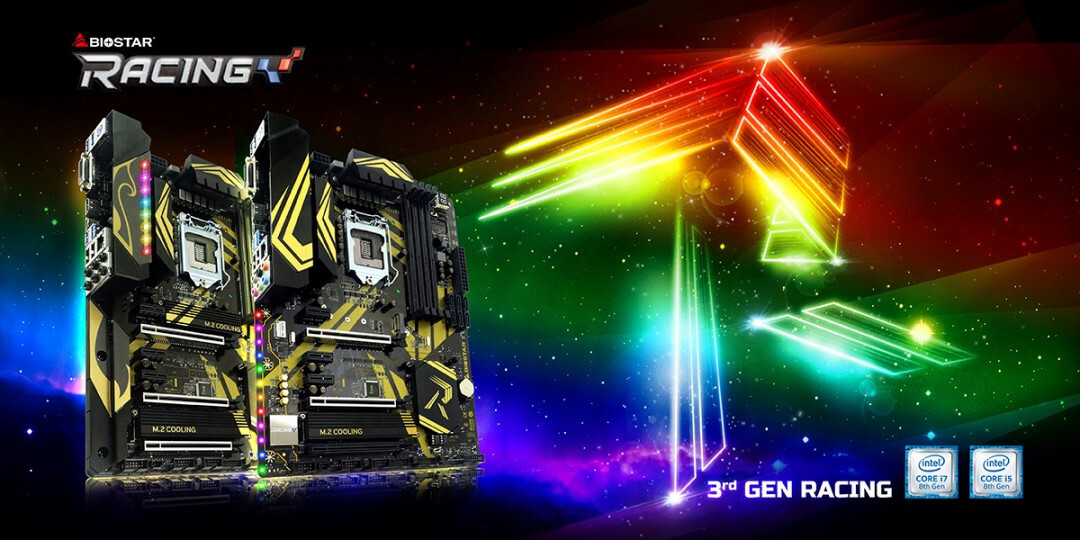 The Intel Z370 chipset launch provides a thrilling end to an exciting year of technology breakthroughs for computer enthusiasts. This launch makes it an unprecedented flurry of new desktop platforms this year. Otherwise known as Coffee Lake, these new CPUs add more cores, larger caches, and higher clocks to an already potent foundation. They’re not only Intel’s fastest desktop chips for gaming but also substantially better for content creation and power users who do more with their PCs. And they require new motherboards.

BIOSTAR is launching their 3rd Generation Racing series with the upcoming Coffee Lake launch from Intel. As of now, they have 2 Boards scheduled for launch and we will take a look at them here is this preview. These motherboards will feature a new gold theme design, strong and powerful hardware design, elevated HiFi sound quality, easy-to-control software control and new advanced VIVID LED DJ for more RGB lighting customization fun. This will be available October 5th for enthusiasts such as gamers, content creators and overclockers who plan to upgrade to the recently announced 8th Gen Intel Core desktop processors: Intel Core i7, 6-core Intel Core i5 and 4-core Intel Core i3. 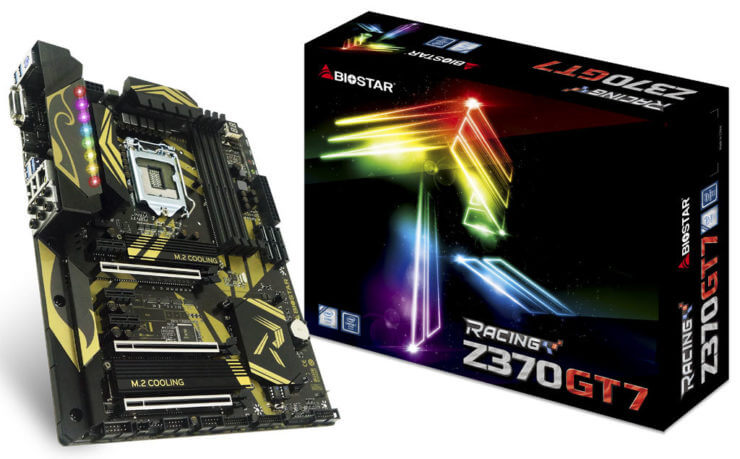 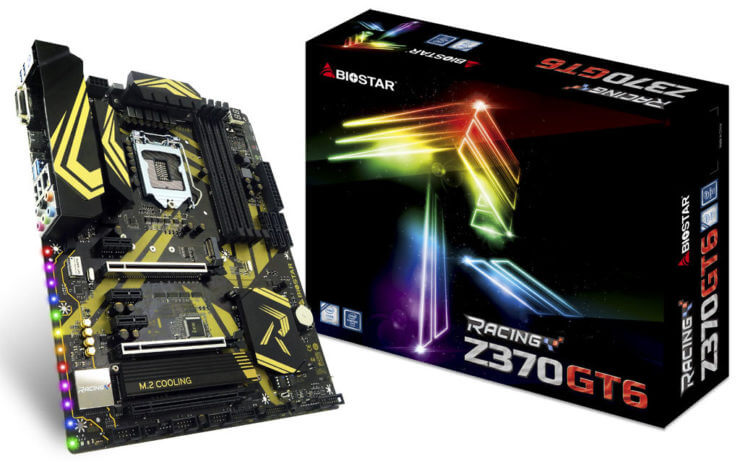 BIOSTAR has a new advanced VIVID LED DJ for more customization of multiple RGB LED lighting zones. This time around, they have included dual RGB LED headers for adding more LED accessories to the 5050 LED FUN ZONE to fully light up your gaming system.

Both these boards are Identical and offer similar features and are market towards the gaming market.

With that, we come to the conclusion of our BIOSTAR Z370 motherboard lineup preview. Stay tuned for more Z370 previews and in the mean time check out our previous previews of ASRock and ASUS here :