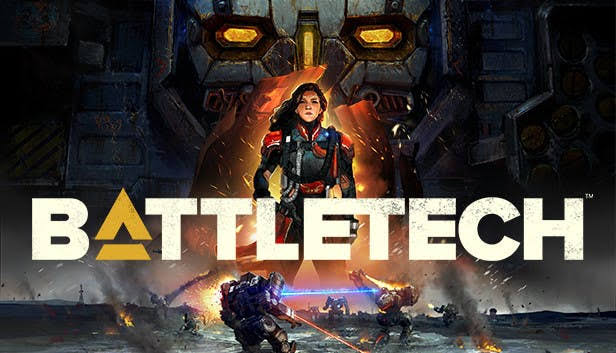 Developed by Harebrained Schemes and published by Paradox, BATTLETECH is a grandiose space opera that is based on the original board game titles Classic Battletech.

In BattleTech, you play the role of a mercenary commander and manage your own merc outfit. You take on missions with your mech lance which consists of 4 mechs. Right off the bat, I can tell you BattleTech isn’t a simple pick up and play game. It has surprisingly deep mechanics and ruthless unforgiving gameplay. Managing your own mech is a huge tactical undertaking and controlling a small platoon can be a logistical nightmare tp beginners.

But despite its rather harsh difficulty curve, BattleTech masterfully gets rid of the mathematical gravity of wargame. In whatever situation, on whatever planet you are, the core plan of action remains the same. What kind of mech to attack with now? Where to move it? Which mech to focus the fire on? What weapon?

The beauty of the BATTLETECH combat system lies in the ratio of risk and reward, every move you make can cause your plans to come crumbling.
At first, people coming from games like XCOM might think there’s a lack of possible actions to do. But they would be deceived, for BattleTech asks you to track team morale, the direction you’re facing, your target’s facing, terrain modifiers, weapon loadouts, armor strength, elevation, specific target zones, limb damage, weak points, mech type, the biome you’re fighting in, and even managing your team’s morale and mech heat.

One miscalculation, like a domino tile, can cause an avalanche of consequences, and even your victory in battle will not be worth the losses. Your injured pilots will have to go to the infirmary. Destroyed equipment will need to be repaired and it’s possible to end up losing money after missions instead of earning it.
And there’s also the small matter of your group of mercenaries being head over heels in debt. Every in-game month, lenders require interest, pilots are supposed to receive a salary, and equipment is to be serviced.

Unlike some tactical games, BATTLETECH doesn’t always forgive the player for being patient or reckless. The longer the battle, the more holes in your armor and the fewer rounds of ammunition. But if you rush, the space for maneuvers is reduced so that one minor mistake at the wrong time can destroy your entire squad. It’s all about optimizing your moves to achieve that perfect virtual checkmate.

The first couple of days of playing BattleTech I found myself being cautiously optimistic. I took risks, I tried to cheese the AI and I didn’t pay enough attention. By the time I started writing this review, I found myself studying the battlefield for a couple of minutes and spending a couple more laying down a plan of action. It’s something that very few modern tactical games have forced me to do. And I loved every minute of it.

The game takes place in the peripheral realm of the Aurigan Reach. The Reach is governed by the Aurigan Coalition which is made up of several independent systems led by noble houses in accordance with the standard Inner Sphere feudal system. The Reach lies between the peripheral realms of the Taurian Concordat and the Magistracy of Canopus and bordering the Inner Sphere Successor State of the Capellan Confederation. Much of the Aurigan Reach is made up of former holdings from the Taurians, Magistracy, and Capellans, though the three realms abandoned many of the systems for defensibility reasons. After their abandonment, the Reach systems became unified under the Arano family and began consolidating and expanding, incorporating not only the abandoned planets into the Aurigan Coalition but even annexing border planets from their neighbors.

It’s around the year 3022, and your user-created MechWarrior is a rookie working in the royal guard of Kamea Arano, heir to the throne of the Aurigan Coalition of planets. Long story short, Kamea’s throne is usurped and you find yourself out of employment. You end up with a mercenary company for the next three years, and then Kamea comes back from the dead and hires you back. Talk about job security.

The story is serviceable and does a good job of introducing new players to the world of BattleTech while simultaneously acting as the training grounds for the career mode.

BattleTech’s visuals do a great job of capturing the gritty world of the BattleTech universe. The mechs are exceptionally well detailed and the environments do a fantastic job at representing the scale of the battlefield. When your mech runs through the concrete and trees, stomping everything in its path, you can’t help but giggle in delight at the sight of everything crumbling down in front of your death machine.

At the same time, the game does a good job of visualizing the tabletop feel, it really feels like I am playing a 3d tabletop game. Some textures and nonessential objects do feel a bit bland, and I do feel the base mechs could’ve benefitted from some more variations but the visuals are overall well done.

The UI, on the other hand, can feel like a nightmare, you are constantly fed a lot of information and for new players to the genre it can all seem daunting. I feel it could’ve been streamlined a bit.

BattleTech is a fundamentally sound strategy game, and it’s one of the most satisfying experiences I’ve had in recent tactical game history. With it’s deep and consequential mechanics, beautifully designed mechs and multilayered approach to strategy, BattleTech is a must-have for anyone who loves Mechs or Strategy games.