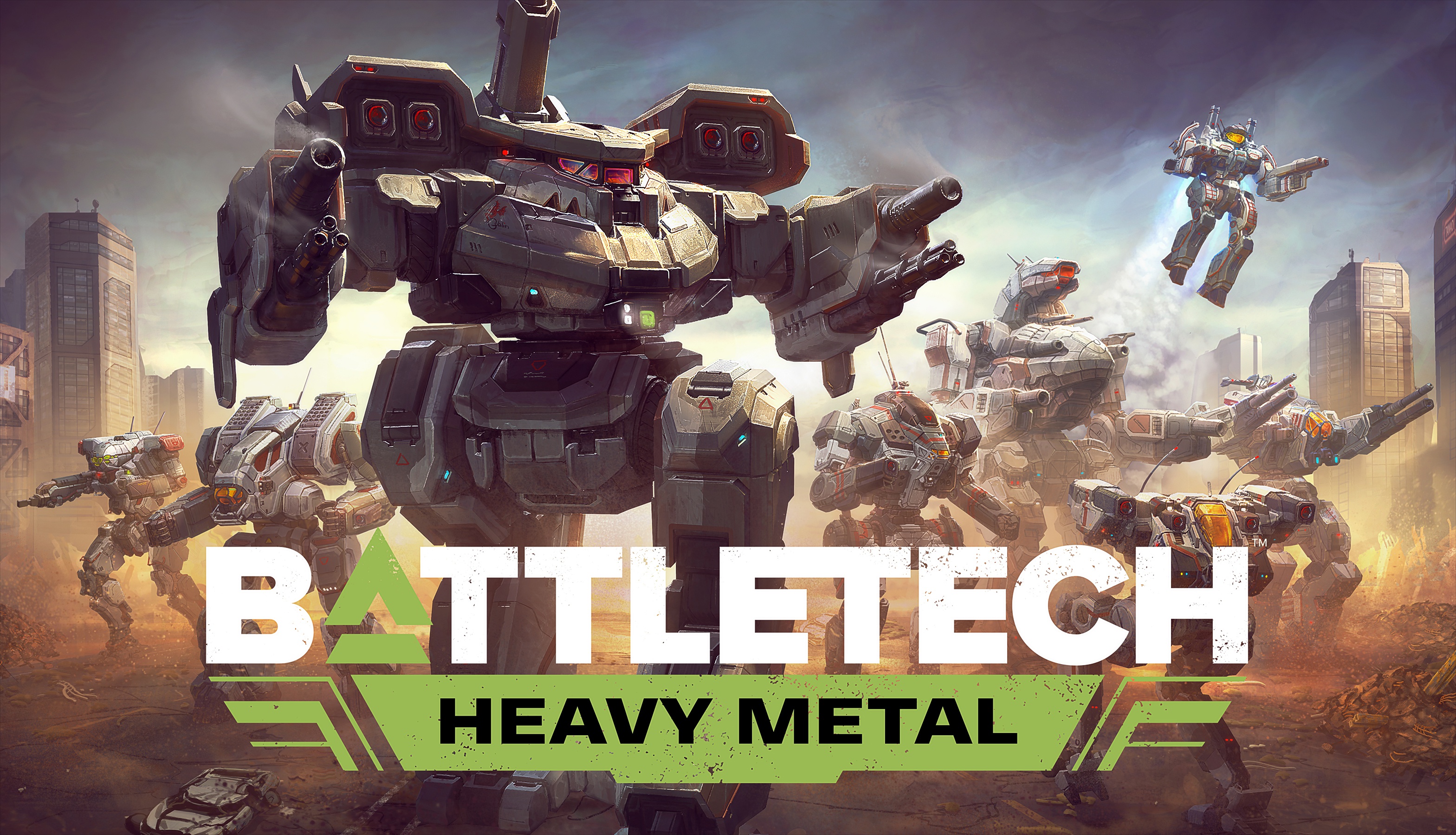 BATTLETECH: Heavy Metal is the third paid expansion for BATTLETECH and it brings with it a host of new content both paid and free.

Heavy Metal introduces seven classic Mechs from BATTLETECH’s as well as an original Mech designed exclusively for this expansion. There are also eight new weapon systems and a flashpoint campaign that pits you face to face with the Bounty Hunter and the Black Widow of Wolf’s Dragoons.

Now in a game like BATTLETECH, it’s important that balance is maintained. With the hugely deep monstrosity that BATTLETECH already is, HeavyMetal adds more pieces to an already complex machine. Each of the newly added mechs – Annihilator, Archer, Assassin, Flea, Phoenix Hawk, Rifleman, and Vulcan- has unique stats and advantages. Each of these new mechs can easily overpower or counter each other based on the setup.

The new weapons are equally diverse and satisfying. There are EIGHT new weapons that offer can offer a tactical advantage, such as the new COIL Beam which generates more energy the further the attacker travels before firing. This makes it a perfect fit for light mechs, that can easily increase the distance between its targets, before striking them down with a devastating shot. There’s also straight-up mayhem causing weapons, like the Mech Mortar – BATTLETECH’S first AOE weapon. Strength in numbers? I don’t think so.

The new Flashpoint mini-campaign adds more to the existing narrative and lore. You go up against the infamous Black Widow Company was a semi-independent unit within the larger mercenary unit Wolf’s Dragoons, formed and led throughout its existence by Natasha Kerensky, the “Black Widow”.

Although composed mostly of misfits and troublemakers, the Black Widow Company is a dangerous elite fighting unit with a reputation for brilliant tactics and a boldness bordering on folly. Renowned for their skill as MechWarriors, Natasha Kerensky and her unit were also known and feared for cruelty, deceitfulness and generally, dishonorable behavior, attributes that set them apart from the rest of the highly esteemed Wolf’s Dragoons.

The Bounty Hunter, on the other hand, is a mysterious character with an even more mysterious history.
You face these two formidable adversaries in a bid to capture a mysterious cargo ship that drifted into the Periphery out of deep space.

In short, the campaigns offered an excuse to get more narrative-driven action, and fans will not be disappointed.

Like all previous expansion releases, there’s also a free major patch released. There are two classical mechs added – the Marauder and the Warhammer, 40 contracts, Quality of Life improvements, and improved tutorial slides. Mod support has also finally appeared, so expect to see some crazy new additions to the game.

Heavy Metal is a fantastic package, you get a ton of new content and a chance to face against two popular characters from the BATTLETECH world. But there’s a huge wait before being able to access the newly added toys. But people who loved the base game will love Heavy Metal along with all its bell and whistles.